Why Your Dog is Your Best Friend, According to Scientific Research 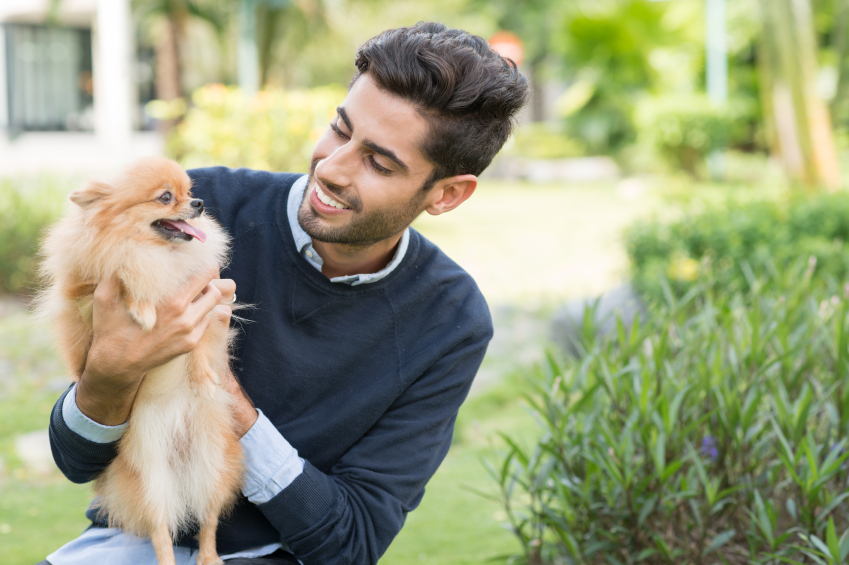 After a long day at work, all you want to do is come home to your cute and lovable best friend waiting for you by the door. No, we’re not talking about your significant other — we’re talking about your dog. Pets are often a constant in our lives — they’re super affectionate and always excited to see us. They constantly crave approval and attention, and only ask for a belly rub in return.

Dogs make us happy, and there is now solid, scientific reasoning as to why they always have been and always will be man’s best friend. Hint: It’s not just because they’re so adorable and docile. A new study says that dogs help to elicit the feel-good hormone that makes you happy with yourself and connected to your pooch.

The study, out of  Japan’s Azabu University, may contain the key reason behind the bond between humans and dogs. The love felt between man and dog is rooted in the most basic kind of connection. According to the Japanese researchers, when humans and dogs look into each other’s eyes, each one of them experiences a surge in oxytocin, also known as the “cuddle hormone” or “love hormone,” which is released when people bond socially or snuggle up with a loved one.

This effect is mirrored in the animals themselves when they look into their human’s eyes. The hormone is also largely responsible for maternal bonding, which strengthens the care and bond between mothers and their babies but produces a similar effect in men with their dogs.

The researchers tested their theory of spiked oxytocin levels in both people and their dogs by observing 30 dog owners interacting with their pets, then measuring how much oxytocin the dogs produced via urine samples. Upon testing, the sessions revealed that the oxytocin levels spiked not only in people whose dogs stared at them most, but their dogs experienced a similar effect, with their oxytocin levels rising as well.

In addition to the mutual spiking of oxytocin levels, your dog can also emulate your emotions, connecting with you on another level. Your dog will do his or her best to emulate your current state of mind by means of interpreting the tone of your voice as well as your body language, thus connecting with you on an emotional level. For example, when you’re sad, they’ll look at you with big doe-like, longing eyes, and when you’re angry, their fur tends to rise on their backs and they start to bark and growl at inanimate objects. The connection between men and their dogs is undeniable; they will always be there for you, mirroring your emotional upheavals and downswings and supporting you in a way that humans may not be able to. Your dog knows you better than you know yourself, which is exactly why he’s your best friend.

So gentlemen, if you’re interested in having an unbreakable bond with someone who will always make you feel good no matter what, forget the significant other and get a dog.