Who Will Try to Crash Prince Harry and Meghan Markle’s Wedding?

Like all royal weddings before it, Prince Harry and Meghan Markle’s big day is going to have a very exclusive guest list. But rumor has it that this royal to-do will have the tightest security of any wedding yet. Why? Because there are a few people who revealed their plans to crash the wedding if they aren’t invited. And we aren’t just talking about Meghan’s bitter stepsister. (More on her later.) But whether these non-invitees will actually turn up is another story.

So just how likely is it that the following people will try to crash Harry and Meghan’s wedding?

This won’t be the first time Sarah Ferguson is left out of a wedding. | Mario Tama/Getty Images

The former Duchess of York was most notable non-invitee of Prince William and Kate Middleton’s wedding in 2011. Although it’s no surprise that she became an embarrassment to the royal family, she was still crushed that she wasn’t invited to the wedding. It seems equally unlikely that she’ll be on the list for Prince Harry’s nuptials, especially since the venue is smaller. Given that Fergie has done some pretty crazy things in the past, we wouldn’t be surprised if she didn’t at least try to join in the festivities.

Next: This family member said he’ll make the trip to the U.K. — whether or not he’s invited.

Markle’s nephew is coming to the wedding whether she likes it or not. | Andrew Cowie/AFP/Getty Images

Members of Meghan’s estranged family have said that they plan to fly to Britain for the wedding whether they get an invitation or not. Her nephew, TJ Dooley, told the Daily Mail: “I’d probably come to the UK for the wedding — even if I’m not invited. I am thrilled.” Will he get to the gates without an invitation? Maybe not. But it wouldn’t be surprising if Dooley is spotted in the vicinity on wedding weekend.

Next: This well-known American family didn’t get an invite.

We doubt the Trumps will get an invite. | Christopher Gregory/Getty Images

First daughter Ivanka Trump was slammed on social media for appearing to be sucking up to the newlyweds and fishing for an invite. Given that Prince Harry and Meghan aren’t fond of Ivanka’s father, the current POTUS, it is unlikely that any of the Trump clan will get an invite. (It doesn’t help that Harry is BBFs with the Obamas, who will likely get invited.) Surely, No. 45 will post a petty tweet instead of flying across the pond to crash the wedding. But will any of his kin, including Ivanka, try to show up? It’s anyone’s guess.

Next: This family member has caused all sorts of problems for Meghan.

Grant probably should have kept her mouth closed when she had the chance. | Good Morning Britain via YouTube

Meghan’s older stepsister has been making headlines for months now because of how much she badmouths the future royal. Grant, a former actress and model, alleges that her relationship with Meghan deteriorated because of Meghan’s celebrity status. She has even gone so far as to say that she plans to write tell-all about Meghan called The Diary of Princess Pushy’s Sister. Nevertheless, Grant has expressed that she wants to be present for the wedding. Of anyone on this list, Grant is the most likely to try crashing the wedding.

Next: These women may be extremely curious about the wedding, even if they’re not invited.

Any of Harry’s ex-girlfriends 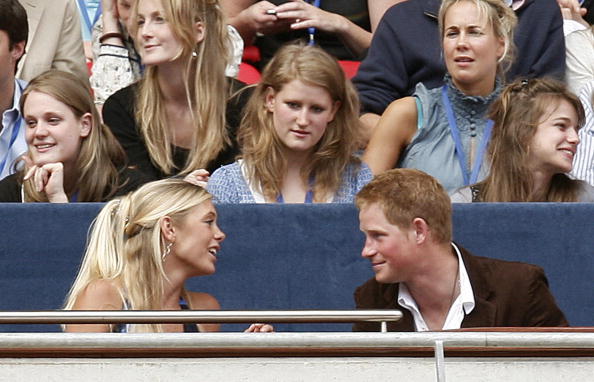 Prince Harry has had his fair share of lovely ladies on his arm over the years, including Zimbabwean national Chelsy Davy. Davy was Harry’s longest pre-Meghan relationship, and was his date to Prince William and Kate Middleton’s wedding in 2011. Many royal watchers anticipated that Harry would propose to her a few years ago. Since the two have reportedly remained friends, it’s likely that Davy will simply wish Harry well and not bother showing up at the wedding. (Except that she seems to be a bit chummy with Harry’s aunt, Sarah Ferguson, who may or may not be a wedding crasher herself.)

Next: Could this woman show up and try to steal away Prince Harry? 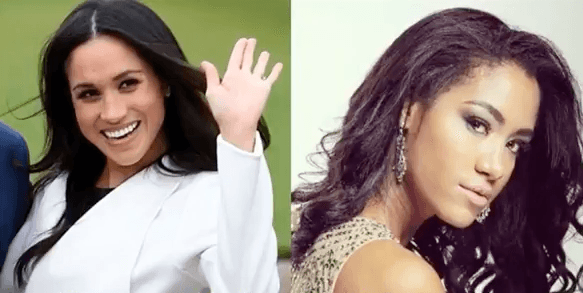 We don’t think Morin will cause any real trouble. | YouTube

25-year-old Lukwesa Morin recently blew up the internet when she won a celebrity look-alike contest that crowned her the top Meghan Markle doppelganger. But will the D.C. grad student fly across the pond to try and take the real Meghan’s place? Morin said she will be “tuning in” to the wedding, so we don’t expect any tomfoolery from her.

Next: This guy tweeted that he wants to be Harry’s best man. 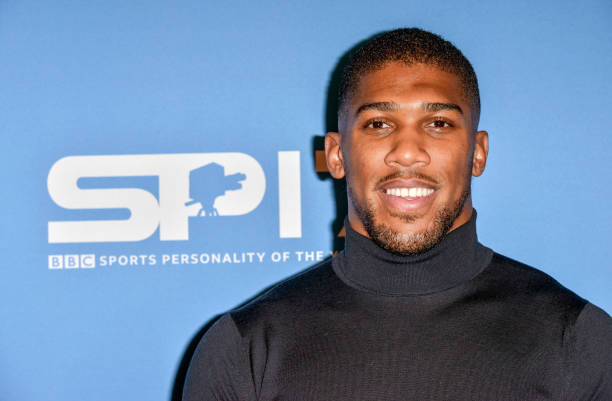 The heavyweight champion had hopes of being the best man. | Richard Stonehouse/Getty Images

The British boxer certainly had fun palling around with the prince when Prince Harry played guest editor for Radio 4’s the Today Programme. Joshua later tweeted a photo of himself with Harry along with the caption: “Need a best man?” While Joshua may be crushed that Harry’s brother William will have best man honors, we wouldn’t be surprised if the heavyweight champion still tries to score himself an invite.