Work Out Like a NBA Pro With These 4 Tools 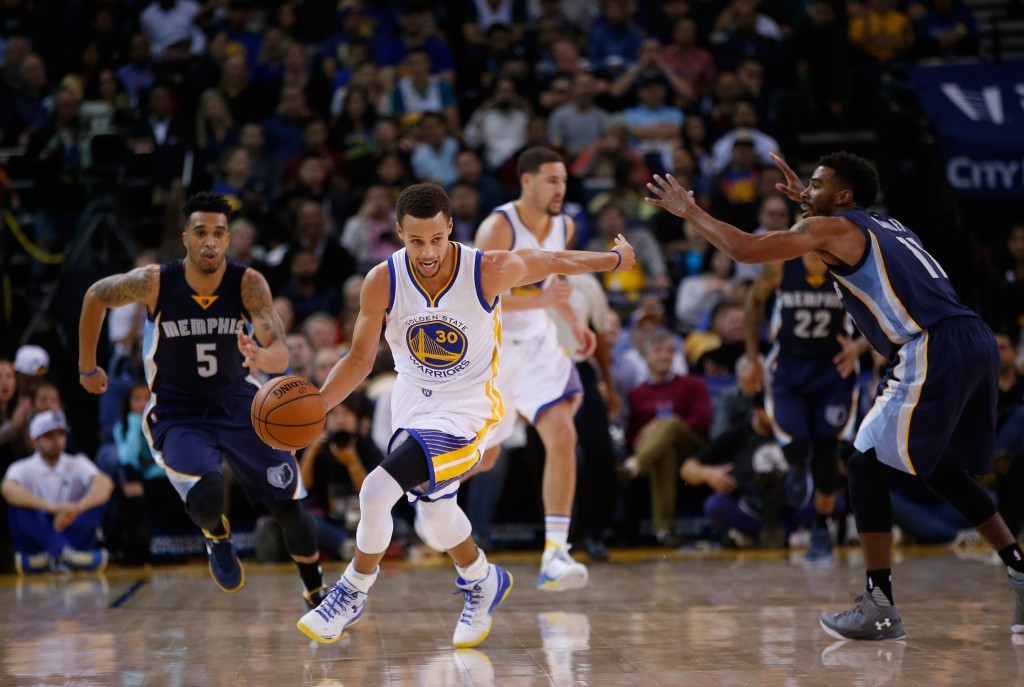 Because the NBA season lasts for about 63% of the year and games are matches of quick bursts of speed and agility, it’s necessary for NBA players like LeBron James and Stephen Curry to stay at the height of their physical shape, no matter what time of year it is. LeBron, forward for the Cleveland Cavaliers, recently posted a video of one of his workouts on his Facebook page, under the caption “NO. DAYS. OFF.”

You might not be getting paid to attend daily workouts and training sessions, but you can use the tricks of the pros to get into peak physical condition. Though NBA stars spend a decent amount of drill time working on their ball handling, a surprising amount of their training includes basic routines that anyone can incorporate into their gym routine.

Take a look at the four basic conditioning tools the NBA greats use, and try them out the next time you need to switch up your workout.

There’s no getting around it — for 48 minutes in every NBA game, players are dribbling, blocking, and taking shots from the key, but they’re running from one end of the court to the other to do it. During the last regular season, the NBA estimates that Golden State Warriors guard Stephen Curry ran an average of 2.4 miles per game. To reach that sort of stamina and still have energy to get the ball to the hoop, you can bet cardio workouts are a major part of every NBA player’s routine.

Curry and his teammates have been known to run up the slope of the parking garage near their training facility, winding up the incline before hitting the gym. LeBron James is known to show up early to practice for extra training.

For true success, cardio conditioning for basketball players needs to be a mixture of endurance and speed training. For the sprints, Men’s Fitness suggests full-court sprints ending with a layup, although you can forgo the ball handling and just sprint the 94 feet. If running isn’t your thing, you can also try swimming in the pool for a variation on your cardio routine — players like Blake Griffin use it as an alternative.

You don’t need to do anything fancy to gain the muscles and physique of an NBA star — you just have to maintain a high level of commitment to your workouts. The silver lining is that most of the exercises that whip basketball stars into shape are easily replicated in your neighborhood gym. If you’re just starting out, many of them also have the assisted weight variations, so you get a feel for how your muscles should be moving before you switch to free weights.

In almost every NBA workout routine in the weight room, you’ll see players executing flawless pull-ups and push-ups — the same ones you’ve been learning since middle school gym class. It’s nothing wacky or extra special, but if it’s good enough for 2015’s NBA Champion Golden State, it’s good enough for your gym routine.

Fitness Hacker put together a replica of LeBron James’ typical weekday workout, and you’ll see a lot of push-ups and pull-ups there. You’ll also see cable rows, dumbbell squats, and lat pull-downs — all exercises you’ve probably seen and done before. The trick is consistency — King James doesn’t take days off, and your hiatus from the gym shouldn’t go for weeks at a time if you want to see results.

3. Work on your mobility and core

Strengthening your core and increasing your mobility are key for any athletes, especially NBA players looking to increase their range and prevent injuries at the same time. Portland Trail Blazers point guard Damian Lillard goes through an entire stability ball routine, working on the range of motion in his arms at the same time he’s strengthening his abdominal muscles. This helps Lillard maintain ball control, but will help anyone with balance.

Stability balls are also popular for Los Angeles Clippers DeAndre Jordan and Blake Griffin, who use them to increase their balance and core strength for on and off the court. At the height of Steve Nash’s career with the Phoenix Suns, he attributed much of his success to his coordination and balance, both of which were improved with core strength exercises. Many of his exercises included stability and Bosu balls to build up those abilities.

Every good basketball practice ends with a scrimmage to put players’ skills and abilities to work. It’s not enough to run drills and endure conditioning — you have to make sure you can put the pieces together.

Unless you’re looking for a comeback career in the NBA, scrimmaging might not seem vital to your fitness goals. You also have to find enough people to field a few practice squads. But scrimmaging in any sport is a great way to continue that cardio training and put your mobility work into practice. Besides, if you’re putting a ball into the mix, you’re less likely to be thinking about all the running you’re doing and more likely to have the minutes slip by with a new focus. It doesn’t have to be basketball, but you can hop onto a racquetball court or hit a tennis ball around to get some of the same benefits.