10 of the Absolute Worst Breads You Can Eat

Unless you have some serious willpower, you probably have a very enthusiastic love for bread. While it can be part of a healthy diet, there are a lot of places where you can go wrong. If you consume too many types that are made with refined flour, you can expect to fill yourself up with a ton of simple carbs and very little nutritional value. This usually leaves you unsatisfied and reaching for more. This doesn’t mean you should fear bread. Just be mindful of the kind you choose. To avoid eating empty calories, steer clear of these 10 options. 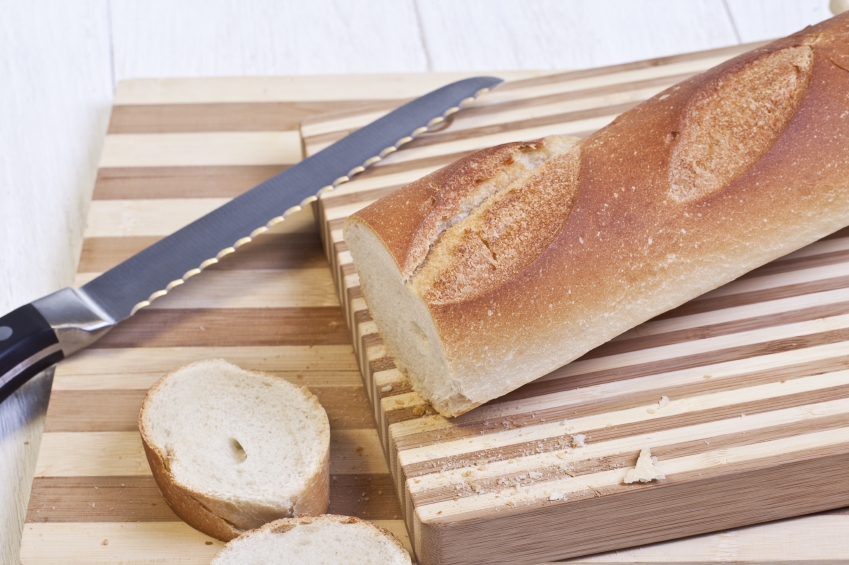 French baguettes are not healthy. | iStock.com

The French may live off baguettes, but this is one of the worst breads you can eat. They’re typically made with staple ingredients like water, white flour, salt, and yeast. The problem with French baguettes is they often offer very little nutritional value. According to MyFitnessPal, a 6-inch serving totals around 416 calories. Not to mention, 79 grams of carbs and 926 milligrams of sodium. These loaves also lack vitamins, calcium, and other beneficial nutrients.

Croissants are tasty, but they aren’t healthy. | iStock.com

Another French creation, croissants are delicious for breakfast or for an afternoon snack, but bad for your waistline. Since they’re not made with any whole grains and contain loads of butter, they’re not too high on the health scale. Popular fast food chains like Starbucks offer croissants, which are 240 calories with 12 grams of fat, and 330 milligrams of sodium. Dunkin’ Donuts’ flaky pastry isn’t any better. Their plain croissants have 340 calories each with 18 grams of fat (8 of which are saturated), 350 milligrams of sodium, and 37 grams of carbs. They also make theirs with added fructose and corn syrup solids. 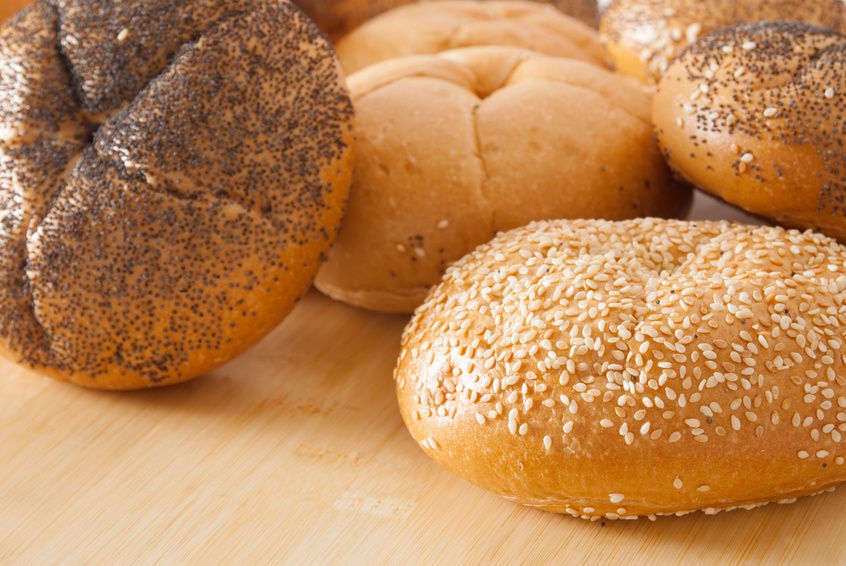 As good as a sandwich on a Kaiser roll may be, these Austrian rolls are typically made with highly refined white flour. Many store brands also include butter and add sugar. CalorieKing says your average roll usually has 30 grams of carbs, less than 2 grams of fiber, and around 300 milligrams of sodium. Even though the calories total only around 167 per roll, it’s the lack of nutrients you should be mindful of. 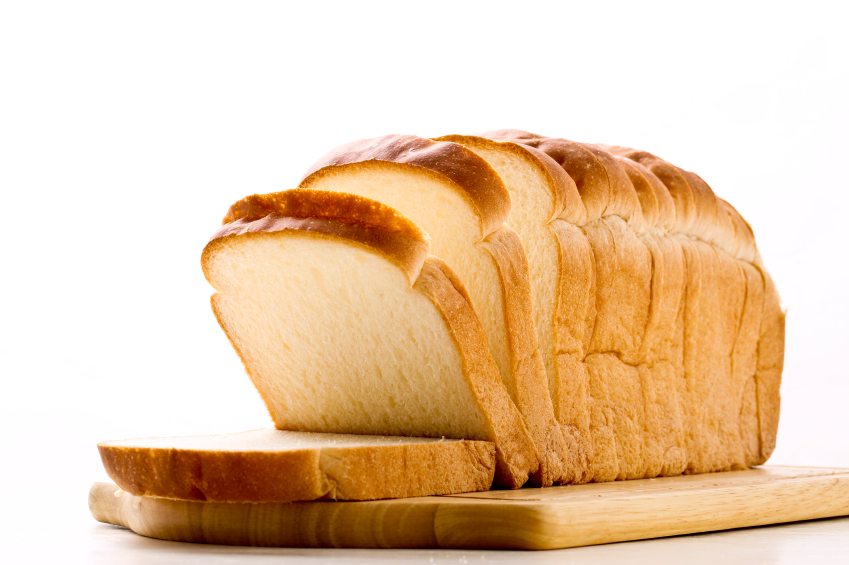 White bread is the worst. | iStock.com

White breads have a bad reputation for a good reason. WebMD says these fluffy loaves lack nutritional value because of how they’re processed. The refined grains used to make the flour are stripped of the outer layer, which is the part that contains fiber and other beneficial nutrients. With so many carbs and so little fiber, you’re less likely to be satisfied. This makes it easier to overeat, which can lead to weight gain. 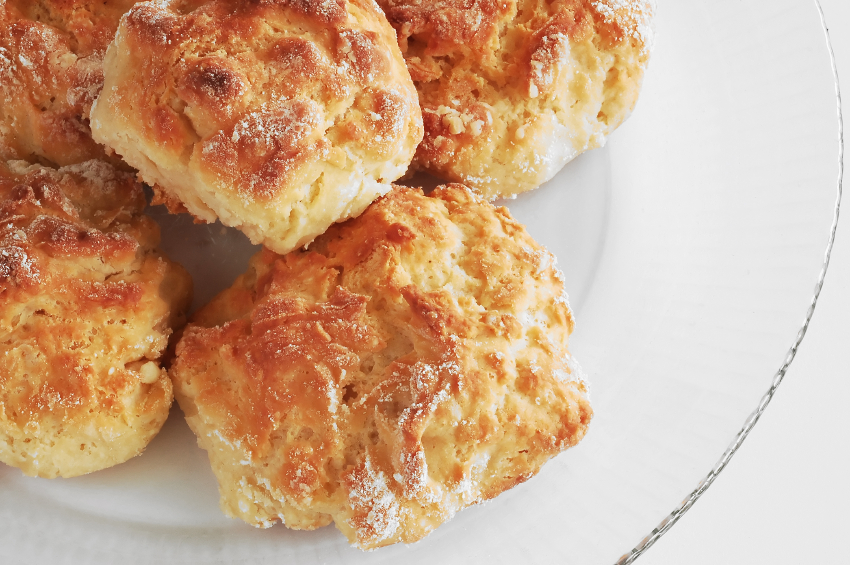 Biscuits are another source of mostly carbs with minimal fiber and protein. The main ingredients include all-purpose flour, butter, milk, and sometimes sugar for added taste. Self Nutrition Data says a commercially baked plain or buttermilk biscuit usually offers 128 calories, 6 grams of fat, 17 grams of carbs, and only 2 grams of protein. You can also expect over 300 milligrams of sodium and no fiber. So, if you’re eating more than one biscuit at the dinner table, those numbers can really add up. 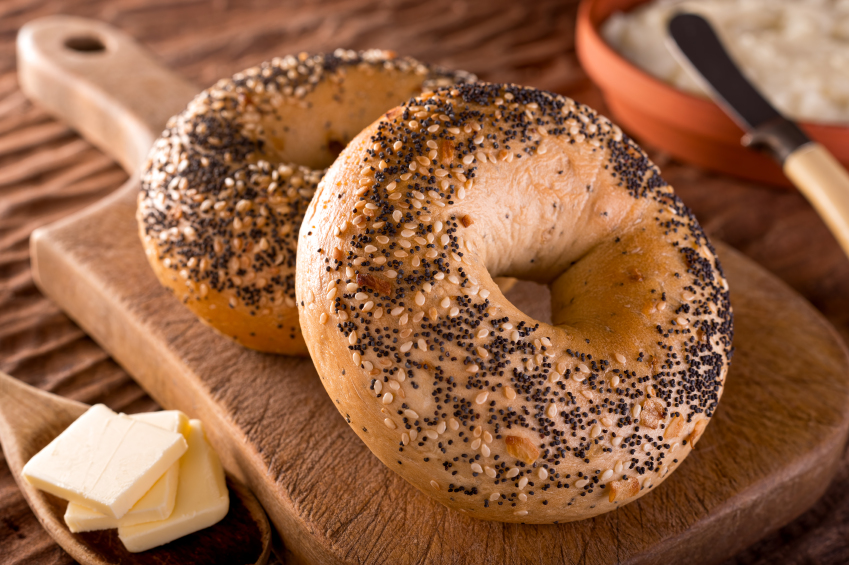 Choose something else for breakfast. | iStock.com

Bagels are a breakfast favorite, but they’re high in calories and carbohydrates. With the variety of flavors that are available, there are options that can exceed 400 calories — and that’s without any spreads or toppings. Diabetics should be extra careful if opting for a bagel, because their high carb content can quickly spike blood sugar. Greatist says bagels can offer some fiber, iron, and protein, but that doesn’t make them entirely healthy for you. If you’re going for a bagel, opt for half of one that’s whole grain or whole wheat for the best nutritional value.

According to Livestrong.com, common ingredients used to make this bread include yeast, flour, oil, water, and salt. These ingredients make for great taste, but the nutritional value is a little less wonderful. Most of the calories come from carbohydrates and there’s almost no fat, fiber, or protein to keep you full. A ciabatta roll is also high in sodium and low in vitamins and minerals, so you’ll want to pass on this option most of the time.

Unless you’re an athlete, don’t make the English muffin a part of your daily diet. The exterior of that bacon, egg, and cheese sandwich is already 134 calories by itself. And if we want to be honest, most of us are going to go for that tasty trifecta. The McDonald’s standard has 300 calories, 12 grams of fat, 30 grams of carbs, 18 grams of protein, and 730 milligrams of sodium. Even if you stick with eating an English muffin at home, you’re likely spreading on plenty of butter and jam.

Who doesn’t love a pita brimming with fillings? The Kitchn thinks it might even be the first convenience food. Unfortunately, pita bread suffers from the very same downfall as the English muffin — it’s high in sodium and calories. One single pita serving is going to cost you 165 calories and 320 grams of sodium, according to AOL Food, providing you with little nutritional value. If you can’t say no to this flatbread, fill it with plenty of veggies and lean protein to make sure you’re getting enough fiber and protein.

Cornbread is tasty, but it usually isn’t good for you. | iStock.com

It’s a bread made out of corn, how bad could it be? If you go the boxed route, it’s bad. And seeing as how Jiffy mix is a staple for many, we thought we would highlight at least why you should always make it from scratch. According to Livestrong.com, the homemade stuff can be pretty healthy, offering a decent dose of fiber. The boxed mix, on the other hand, is full of sodium, sugar, and strange fillers.