These Are the Worst Foods for Cellulite

Did you know diet plays a key role in cellulite production and reduction? Unfortunately — like most things — it’s the truth. No matter how much you run, lift weights, or do yoga, you might still experience signs of cellulite in areas of the body including the buttocks, thighs, arms, and stomach. And while kicking cellulite to the curb can be a frustrating endeavor, it’s a whole lot easier when you say goodbye to certain foods. Curious to know what the worst foods for cellulite are? We’ve got all that, ahead. 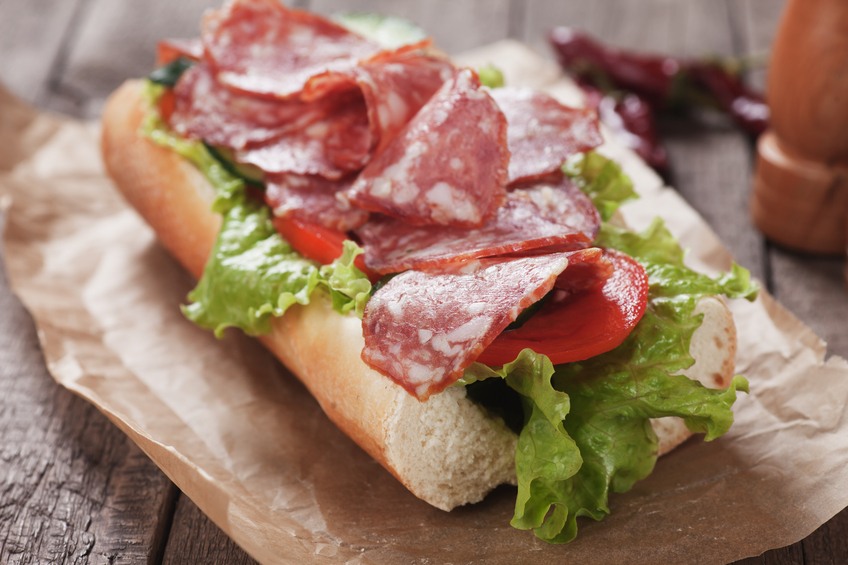 Processed meat is among one of the worst foods for cellulite. | iStock.com/IgorDutina

The worst foods for cellulite

Junk foods might be a given, but even some of the items on the food pyramid can lead to cellulite — or, at least, make it worse. Read on for the worst foods for cellulite.

When it comes to cellulite, cheese is sadly not your friend. Because it’s high in sodium, cheese can create water retention in the body, which leads to bloat and gained water weight. Bloat and water retention make cellulite more visible.

Deli meat is another one of the worst foods for cellulite. Not only can processed meats lead to a host of health problems, their high sodium count can make cellulite more noticeable through water retention and bloat.

You might want to rethink certain sauces — especially barbecue sauce. The favorite sauce is ultra-high in sugar, which can lead to weight gain and increase the visibility of cellulite. In addition, barbecue sauce can cause blood sugar levels to spike, which releases insulin (the fat storage hormone).

We’re sorry pizza lovers, but your favorite savory pie is also linked to cellulite production. Because unhealthy fats — many of which are found in pizza — can slow down the flow of oxygen and circulation, the connective tissues (known as fascia) can start to weaken. As a result, the skin looks more rippled.

Sugary drinks can also make cellulite worse. Collagen plays a key role in the smoothing and plumping of the skin. And, since sugar slows down collagen production — something that already slows down as we age — it can make it a lot harder for the body skin to have a smooth surface. From soda to energy drinks, sugar is found in a host of beverages that can lead to visible cellulite.

Canned soup is linked to many health concerns and it also might have an impact on cellulite. Thanks to high salt levels, canned soup can increase water retention and cause bloating throughout the body. As a result, cellulite is more noticeable.

Cellulite often gets compared to cottage cheese, as they both appear bumpy. However, looks aren’t the only similarities between the two. Much like canned soup, cottage cheese is also high in sodium, which can increase water retention and bloat. As a result, certain areas might appear more rippled and cellulite-ridden.

By now, it should come of no surprise that most dairy items are on the worst foods for cellulite list. That said, even non-dairy items like margarine can cause an issue. Because it’s rich in trans fats, margarine can stunt oxygen and circulation throughout the body. As a result, it can lead to more visible signs of cellulite.

Cutting out white bread and bagels can be seriously beneficial for reducing the look of cellulite. Because the body likes to turn refined carbs into sugar (then glucose), these foods can break down collagen production and increase the overall appearance of cellulite.