Have anxiety every time you step into the doctor’s office? You’re certainly not alone. White-coat hypertension is a valid fear for many — and part of the reason why folks feel so fearful of their annual check-up is because they can’t stand the dreaded scale. While you can easily avoid knowing your weight when you’re in the privacy of your home, chances are high your doctor is going to want to know all of your health stats to get the most conclusive picture of your health.

Why are you weighed? What the doctors are looking for 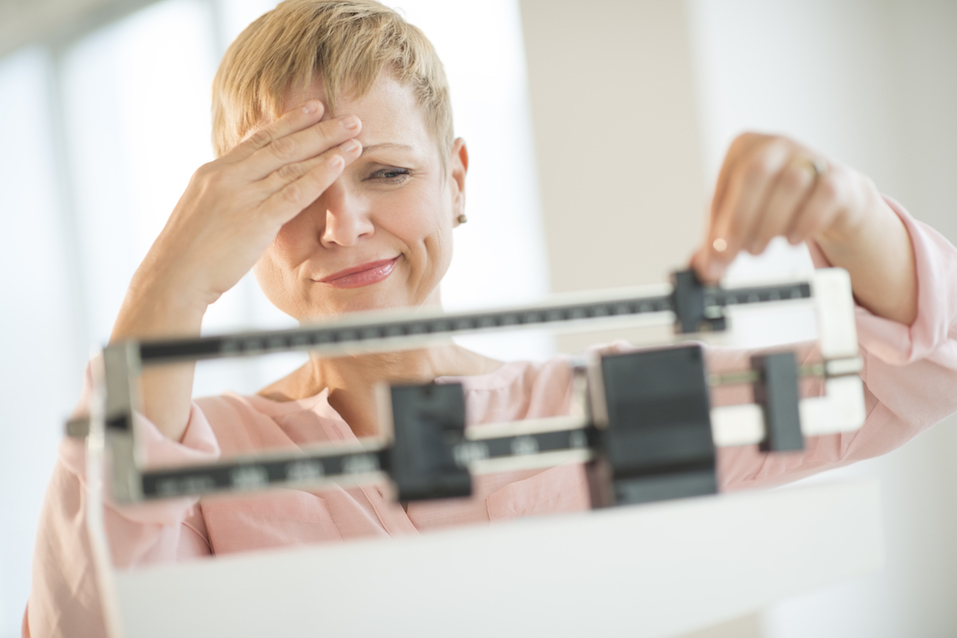 Woman adjusting her weight on the scale | Tetmc/iStock/Getty Images

Your doctor wants what’s best for your health, so you’re well-aware knowing your height and weight is part of the protocol. And while it may feel like your weight is just another bodily matter for your doctor to judge you on, a good physician won’t do this. You may be subtly shamed for your weight in magazines and on TV, but your doctor’s office should ideally be a safe place you can discuss all aspects of your health openly and honestly.

Dr. Michael Lief, M.D., tells Refinery29 that the main reason he weighs someone is “so I can have a reference point,” Yahoo reports. In most cases, he says he gets people on the scale and sees they’re pretty much where they were six months prior, so there’s not much to be discussed here. But if he notices a huge weight fluctuation, Dr. Lief suggests that could mean something bigger is going on and worth looking into.

You can request to be blind-weighed

Don’t want to know your weight but still want the doctors to be aware? Blind-weighing is always an option. This practice is common in eating disorder facilities, as it can make those who are wary of their weights unable to see the number on the scale, which can greatly decrease their anxiety while still clueing the doctor in on their health.

If you have severe scale anxiety, you can also adapt to this practice. You can either choose to turn around completely when it’s time to be weighed so you physically can’t see the number on the scale, or you can face the scale without looking at what appears. Always let your doctor know about your anxieties so they can help alleviate the fear, too. It’s highly likely they’ll be as accommodating to your wants and needs as possible.

Or, you can simply ask to not be weighed at all

Do you have to get weighed when you go to the doctor’s office? The answer is no. While your weight can indicate some aspects of your health, it certainly doesn’t tell the whole story. Your blood pressure measurements, heart rate, and regular health screenings are typically much more indicative of your health than your weight is anyway, so don’t fret about asking to skip the scale.

Melissa A. Fabello wrote to Self about her journey to skipping the doctor’s office scale. She mentions most physicians have no problem with it, and the time’s she’s received some push-back, she says she meets them half-way. She tells them, “I can estimate how much I weigh for your records, or “I haven’t gained or lost a significant amount of weight recently” so they have some clue into her health. “There are plenty of reasons why knowing a person’s weight can be useful, but usually, an exact number isn’t necessary,” Fabello says.

It’s also worth noting that thin folks may have an easier time resisting the scale than people of size. Despite the fact that weight tells very little about someone’s actual health, the stigma of being overweight or obese may cause some physicians to pressure larger folks into getting weighed despite their wishes. If this is the case with you, it may be a good time to find a new physician. You should feel safe and respected when it comes to the relationship between you and your doctor.