The Horribly Unhealthy Foods at Aldi You Should Never Buy

Choosing healthy foods at your local store should be easy. The problem is, many foods advertised as healthy are anything but. The following surprisingly unhealthy foods exist on Aldi’s shelves — and you shouldn’t let them find their way into your shopping cart (even though No. 9 sounds so healthy).

It’s not jelly, so it must be better for you, right? Unfortunately, this “fruit spread” contains 8 grams of sugar, and not much else. It’s made with strawberries and a host of chemicals that aren’t necessarily bad for you — but aren’t good for your health, either. It would be much healthier to eat toast with fruit on the side than smother sugar on your slightly burnt bread.

Next: Just because they’re made with fruit doesn’t mean you should eat them.

These fruity snacks are not as nutritious as fresh fruit. | Aldi

Surprisingly, there aren’t any alarming amounts of salt or fat in this snack food to raise concerns. It’s the sugar — and lack of pretty much anything else — that make these fruit strips terrible for you. You’re basically eating concentrated fruit juice in strip form, consuming 9 total grams of sugar per strip. Don’t fall for this snack because it has “fruit” in its name.

Next: Not all oatmeals belong on the breakfast table.

Added sugar is lurking in this oatmeal. | Mizina/iStock/Getty Images Plus

Like most flavored instant oatmeal packets, this breakfast treat looks much more like dessert when you check the nutritional facts. There are 13 grams of added sugars and 200 milligrams of sodium per packet of oatmeal — and most people probably use two per bowl. There are some fiber and protein in there to offset the sugar, but it would be much healthier to start with whole oats and add your own flavorings.

Next: Added sugars tend to hide in snacks you’ve always thought were good for you.

It might seem like a healthy snack, but this granola has added ingredients you don’t need. | Nsilcock/iStock/Getty Images

Most packaged granola snacks will give you a sugar overload you don’t really need. Just one serving of this granola will add 3 grams of fat, 100 milligrams of sodium, and 13 grams of added sugars. That’s a lot of added sugar in not even a full cup of granola. There are over 10 ingredients, some of which include vegetable oil and cane sugar.

Next: This isn’t the best snack to settle for when you need a quick bite.

You’ll be munching on these snacks all day long — without satisfying your hunger. | BWFolsom/Getty Images

Rice snacks usually aren’t as healthy as you think, and flavored mini cakes don’t improve their reputation much. A serving of these cheesy snacks contains 2.5 total grams of fat, 180 milligrams of sodium, and 11 carbohydrates. You won’t get much fiber or protein from this product either, which usually just means you’re eating a lot of empty calories — no matter how tasty those calories might be.

Next: Does your sandwich really need this much salt?

Your sandwiches are better off without this fatty ham. | MichaelRLong/IStock/Getty Image

Lunchmeat is notoriously salty, no matter the brand or the way it’s prepared. A single 2 ounce serving of this lunchmeat contains 1.5 total grams of fat and 480 milligrams of sodium, despite providing only 60 total calories. That’s over 20% of the maximum daily amount of sodium you’re supposed to have in a day, in just a few slices of ham.

Next: Is this the right kind of protein your breakfast plate needs?

There is more fat than protein in these sausages. | Aldi

Even though it’s important to include protein as part of your breakfast, these sausages may not give you everything you need to start your day as healthfully as possible. A single sausage link contains 2.5 total grams of fat, 170 milligrams of sodium, and no dietary fiber. Even if you’re trying to cut back on the amount of red meat you’re eating, consider a healthier breakfast protein instead of this one.

Next: This cheese isn’t good for you. Stay away. 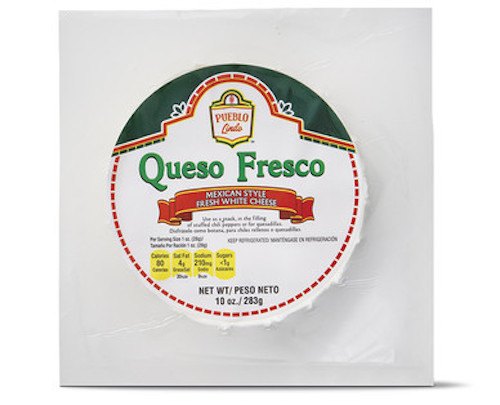 It’s hard to stick to the suggested serving of this cheese. | Aldi

Who doesn’t love queso? Your arteries definitely don’t. Just an ounce of this cheese contains 4 grams of saturated fat and 210 milligrams of sodium. There are much healthier ways to feed your cheese addiction without dumping so much fat and salt into your bloodstream. Seriously consider leaving this one on the shelf until a special occasion rolls around.

Next: Snacks made with seeds and brown rice are always healthy … right? 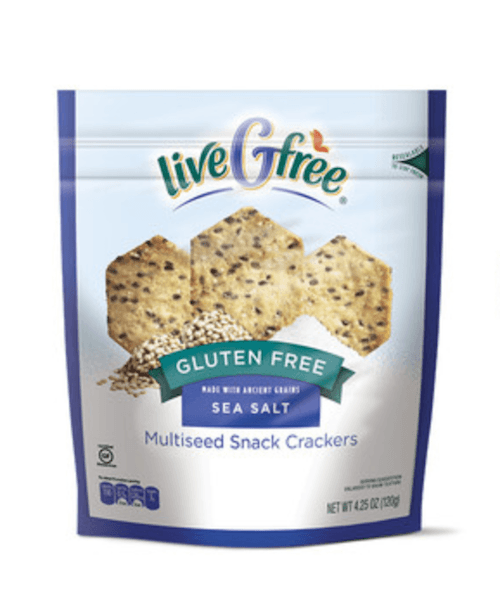 Will these snacks satisfy your pre-dinner munchies? Probably not. | Aldi

Next: This go-to “healthy” snack may not be healthy after all.

Pretzels are healthy, right? Especially since they’re gluten-free? A 1-ounce serving may only provide 90 calories, but 25 of those calories come from fat. There are also 380 milligrams of sodium and 20 grams of carbohydrates per serving. Even though they’re made with rice flour, oil and sugar still appear among these pretzel sticks’ most prominent ingredients.

You’ll devour the entire bag without even noticing. | Aldi

There are 7 total grams of fat per 12-crisp serving. Despite its 3 grams of dietary fiber, this bag of crisps lacks a healthy amount of protein. There’s still enough sugar and sodium to raise concerns — plus the fact that the product contains vegetable oil and a questionable “chili seasoning.” As usual, added flavorings to chips and other snack foods do more harm to your health than good.

Next: This side item looks healthy, but it’s packed with too much salt.

A very dangerous side dish to have around if you’re watching your waistline. | iStock.com

Refried beans are high in protein and fiber, which makes them a reasonable side option for your next family dinner. The problem with this product in particular is that there are 480 milligrams of sodium per half cup of beans. A half-cup serving isn’t a lot for most people, but that’s way too much salt even if you settled for only one helping.

Next: This cereal lacks a very important part of every nutritious breakfast.

Not the hearty breakfast you need to get through a busy day. | iStock.com

This cereal is fat-free and very low in sugar — an impressive feat for a breakfast cereal. However, it lacks substantial amounts of fiber — none of its carbohydrates come from this essential nutrient. The problem with eating cereal without fiber is that you’re basically eating a high-carb, low-protein meal that won’t fill you up or keep you full at all, leaving plenty of room for more (unhealthy) food later.

Next: Whether you call them chips or crisps, they still aren’t good for you.

Potato crisps are full of oil and bloat-causing sugar and salt. | iStock.com

One serving of crisps yields 23 grams of carbohydrates (including added sugars) and 170 milligrams of sodium. The ingredients list reveals this product is made with dehydrated potatoes, corn oil, several types of sugar, and salt. Even the original flavors of these types of products offer very little nutrition for the price.

Next: Added sugars make up a large percentage of the calories in this berry delicious snack.

Consider making your own healthy granola bars instead of relying on these packaged varieties. | iStock.com

Each of these bars contains 2.5 grams of fat, 21 total grams of sugar (including 7.2 grams of added sugars), and only 1 gram of protein. The list of ingredients does contain some bright spots, like quinoa and other whole grains, but there’s too much sugar listed before these items to give them much significance. You’d be much better off making your own bars using fresh fruit and homemade granola.