Tom Brady’s diet and exercise philosophy plays a major role in his success as a quarterback. For starters, the man drinks tons of water and eats extremely well.

Brady’s book, a New York Times bestseller, describes what he does to stay in top physical condition. Here are eight things we learned from The TB12 Method: How to Achieve a Lifetime of Sustained Peak Performance, including how he maintains his diet and how many glasses of water he drinks everyday (No. 8).

1. For starters, he drinks lots of protein shakes

Protein shakes give him a maximum boost. | iStock.com

Next: Brady is a big fan of this in his drinks

2. Brady’s a big fan of electrolytes

Staying hydrated is important to any star athlete. | iStock.com

He adds electrolytes to every liquid he consumes no matter what. According to an excerpt in the Boston Globe, immediately after his morning workout, Brady drinks a protein smoothie, with his own brand of protein powder, and electrolyte mix within 20 minutes of exercising.

You can also throw back electrolytes like Brady. On his site, electrolyte powder will cost you $15 for 20 servings.

Next: It’s all about flexibility 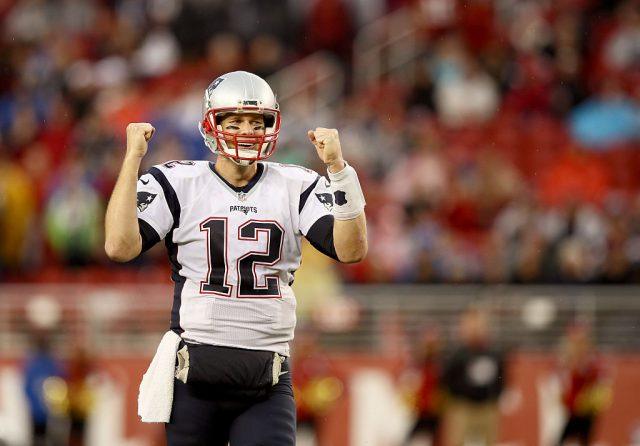 Brady touts flexibility in his book, both physically and mentally. He says to remain on top and relevant, an athlete has to be flexible i.e. open to change, says Money. While Brady’s workouts and menus may not change, he did overhaul both when he began training with Alex Guerrero.

Next: Brady loves to snack all day long.

This is a tip we can fully support. | Prohor08/iStock/Getty Images

“I never go long without snacking,” Tom Brady writes, according to an excerpt in the Boston Globe. Brady snacks throughout the day, between meals, and after workouts.

Want to snack like Tom Brady? For $50, buy TB12 snacks, which are raw, vegan, organic, gluten-free, and dairy-free. One thing’s for sure, eating like Tom Brady isn’t cheap.

Next: This type of food is key, but expert opinions are mixed.

He follows a strict diet he actually enjoys. | Vicuschka/iStock/Getty Images

Brady follows an alkaline diet, which is supposed to minimize inflammation in the body. An alkaline diet “encourages a high consumption of fruits, vegetables and healthy plant foods, while restricting processed junk foods,” Joe Leech, MS wrote in a review. Expert opinions on this type of diet are mixed.

Brady says, in an excerpt in Food & Wine, “I enjoy how I eat, and what I eat, and never feel like I’m missing out.”

Next: Brady has a special coach.

6. Brady has a body coach 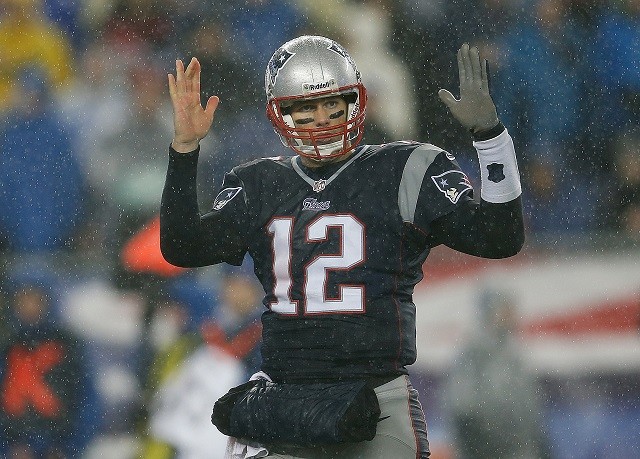 His body coach helps him understand his body from the inside out. | Getty Images

A body coach is essentially a personal trainer. Brady’s body coach, Alex Guerrero, has worked with him for years. Guerrero is also Brady’s business partner. Together, they developed the TB12 Method. As a body coach, Guerrero focuses on flexibility.

Next: It’s not only about physical health.

7. Mental and physical fitness are both important

His mental health is just as important as fitness. | Spencer Platt/Getty Images

Brain games have become part of Brady’s everyday routine. “Brady cycles through 29 games that train attention, memory, brain speed, navigation, people skills and intelligence,” according to Greg Bishop, a Sports Illustrated writer who tested theTB12 Method with Alex Guerrero. “Most athletes are really good at taking care of their bodies,” Guerrero told Bishop, “but they never look at taking care of their brains.”

Next: How many glasses of water does Brady drink?

8. The amount of water Brady drinks in a day is insane

Drinking water during meals could disrupt his digestion. | Fizkes/iStock/Getty Images

On any given day, Brady drinks as many as 25 glasses of water. There’s a method to his madness. Brady drinks large amounts of water to stay hydrated. As a professional athlete, Brady is more active than the average person, meaning he needs more water.

However, medical professionals are skeptical of his water intake. “This is definitely one of those ‘Don’t do this at home’ situations,” Mark Zeidel, a Harvard Medical School professor and chair of Boston’s Beth Israel Deaconess Medical Center department of medicine, told GQ Magazine. According to Zeidel, drinking too much water can cause hyponatremia and water intoxication.