In the same week that the CDC announced an unprecedented increase of suicides in America, we lost Kate Spade and Anthony Bourdain to apparent suicides. Every suicide is nothing short of a tragedy. Many of us wonder after the fact if there wasn’t more we could have done. The best thing to do in these situations is to honor that person’s memory.

Anthony Bourdain’s daughter did probably one of the most subtle but sweet things that a daughter could ever do in the aftermath of a tragedy. We will reveal what she did on page 5. For those of you who didn’t know Bourdain had a daughter, let us introduce you to her. 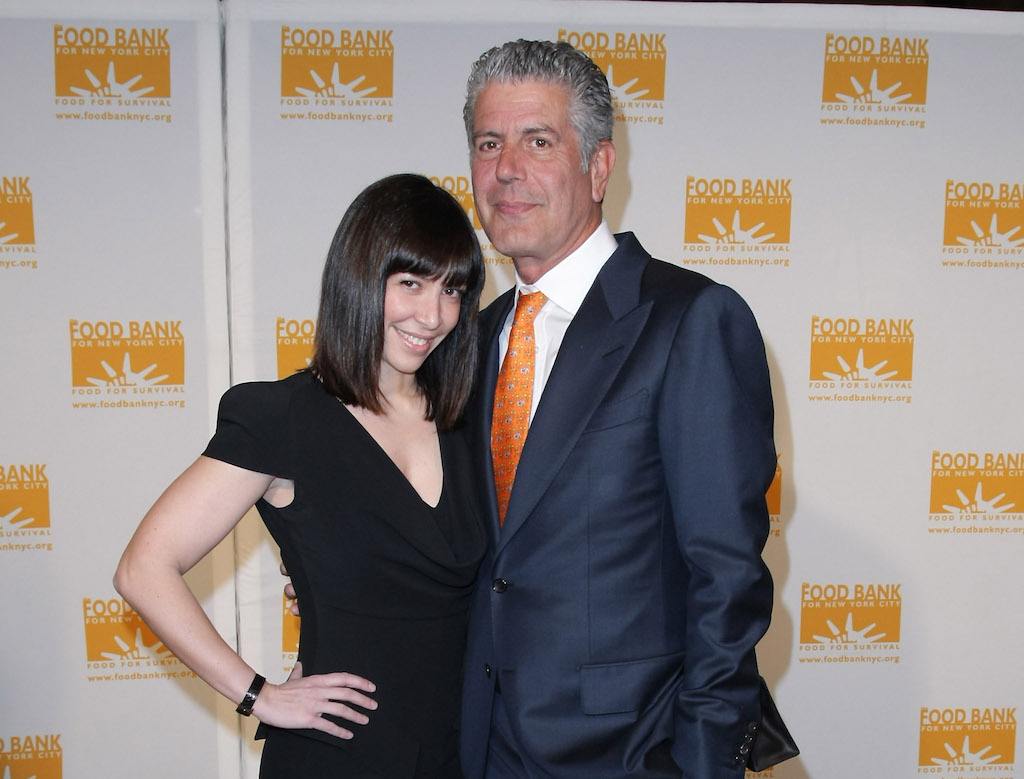 Ariane is the daughter of Ottavia Busia and Anthony Bourdain. She was born in 2005 shortly after the couple had married. Ottavia and Anthony shared a love for the martial arts. Ottavia was a mixed martial artist and Anthony is a Master Jiu-Jitsu Champion. Their marriage lasted up until 2016 when then separated.

Next: Ariane is one impressive youth.

Ariane is a very typical young girl. She attends school, has friends, and plays music. Well, she doesn’t just play music, she’s in a badass band. Something that we are sure made her punk loving dad real proud. Which is actually a very important detail that we will get to a little bit later.

Next: Her life changed his for the better.

Ariane is a major reason that Anthony turned his life around

Bourdain gave up most of his vices to be a good father. | Eldiariony via Twitter

Anthony ended up quitting a lot of things for his daughter. Even one of his most iconic affectations: Smoking. The independent smoker and drinker Anthony was changed into a healthier focused father figure. A father figure with a foul mouth, but at least he was a fair one.

Next: She managed to bring so much light to a tormented man.

Anthony stayed alive for his daughter Anthony Bourdain had been fighting demons his whole life. He once said “There have been times, honestly, in my life that I figured, ‘I’ve had a good run — why not just do this stupid thing, this selfish thing… jump off a cliff into water of indeterminate depth.”

After his daughter came into the world his outlook turned a little better. he would speak of those memories or thoughts and say “in retrospect, I don’t know that I would do that today — now that I’m a dad or reasonably happy.”

Next: What Ariane did to honor Anthony’s sacrifices was the sweetest thing you could imagine.

“She wore the boots you bought her” A few days after Anthony’s suicide, his daughter and her band took to the stage at the New York music venue DROM. Her mother, Ottavia, posted a picture of Ariane performing her show with the caption “Our little girl had her concert today. She was amazing. So strong and brave. She wore the boots you bought her,”

The boots were leather and studded with spikes. Perhaps they were an ode to her fathers punk esthetic or maybe a little piece to carry with her to help her through the show. Either way, the subtle beauty of the gesture hasn’t gone unrecognized.

Next: His relationship to his daughter was the best he could make it.

Anthony was extremely close to his daughter

Ariane became a common presence on his shows. | AccessOnline via Twitter

Ariane has appeared in Anthony’s shows over the years. One of the most endearing was when Anthony did an episode where he had to cook for his toughest critic: His daughter.

He made it a point to be able to spend as much time as his career would allow with his daughter. He was afforded just five days a month to visit with his daughter who lived with Ottavia New York.

Next: The legacy he left behind is nothing short of magnanimous. 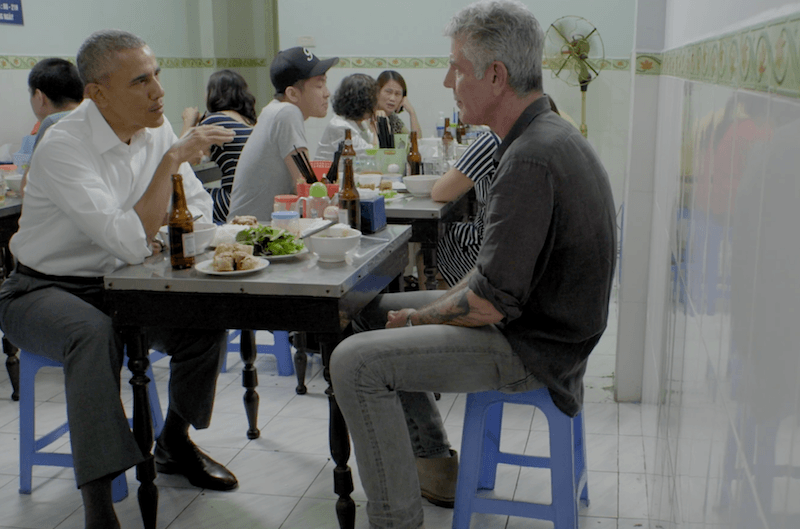 Bourdain’s legacy will live on. | Netflix

Anthony changed the world of culinary intrigue. He was catapulted to fame for an article he wrote for the New Yorker in 1999 titled Don’t Eat Before Reading: A New York Chef Spills Some Trade Secrets. That article landed him a book deal and he published Kitchen Confidential which showcased the ugly side of restaurant life.

His TV shows Parts Unknown and No Reservations forced us to see the world through other peoples eyes. It was a bridge into other cultures that most Americans would pay no mind. His loss isn’t just a familial one: It was a loss for the world.

If you or someone you know is considering suicide, please contact the National Suicide Prevention Lifeline at 1-800-273-TALK (8255), text “help” to the Crisis Text Line at 741-741 or go to suicidepreventionlifeline.org.