These Athletes Are No Tom Brady: Their Horrendous Eating Habits Will Make You Cringe

Most professional athletes may be built like giants, but many of their diets make them seem more like children. Considering they rely entirely on their bodies to do their jobs, you’d think they would try to enhance their athleticism with a healthy diet.

From candy addictions to blowing $5,000 per week at one of the unhealthiest restaurants in the U.S., these 8 athletes have horrible diets that will shock you.

Even children tend to grow tired of too much candy once they’ve hit their limit, but Dwight Howard’s diet knew no boundaries. He used to eat so much candy that his sugar intake led to a rare nerve disorder, dysesthesia. The disorder is common for prediabetics, and causes tingling in extremities with loss of motor function.

Once Howard started struggling with catching passes on the Los Angeles Lakers in 2013, the team’s nutritionist, Cate Shanahan, identified his disorder.

According to ESPN, “Howard had been scarfing down about two dozen chocolate bars’ worth of sugar every single day for years, possibly as long as a decade … Skittles, Starbursts, Rolos, Snickers, Mars bars, Twizzlers, Almond Joys, Kit Kats and oh, how he loved Reese’s Pieces.”

His glucose levels skyrocketed and his metabolism couldn’t keep up. He completely eliminated sweets from his diet, which dropped his 6 percent body fat down to 3 percent. 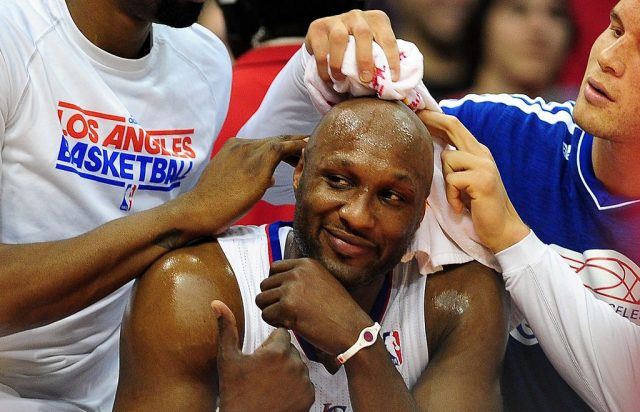 Lamar Odom once said, “You only live once. Eat as much candy as you can eat.”

The former NBA star lived up to this mantra, as some of his habits included eating Skittles in the middle of the night and having candy for breakfast on game days. Some of his favorites included Twizzler bites, gummy bears, peach rings, and Hershey’s cookies and cream bars.

MLB star Justin Verlander’s fast food diet didn’t stop him from winning the Cy Young Award in 2011. In an interview with Conan O’Brien, Verlander admitted that he would eat Taco Bell every night for dinner before a game.

He apparently gets the same meal every time, too. “Three crunchy Taco Supremes, no tomato. [A] cheesy gordita crunch. And a Mexican pizza, no tomato.”

The Cheesecake Factory has been named one of the unhealthiest restaurants in the U.S., serving “three of the country’s nine most calorie-heavy dishes,” according to CBS News. NFL star Vince Young may not have gotten that memo, because he had a bit of an obsession with the chain restaurant.

At one point, Young reportedly spent $5,000 per week at The Cheesecake Factory. His unfathomable spending on the unhealthy food surely contributed to the report that he went broke in 2012. 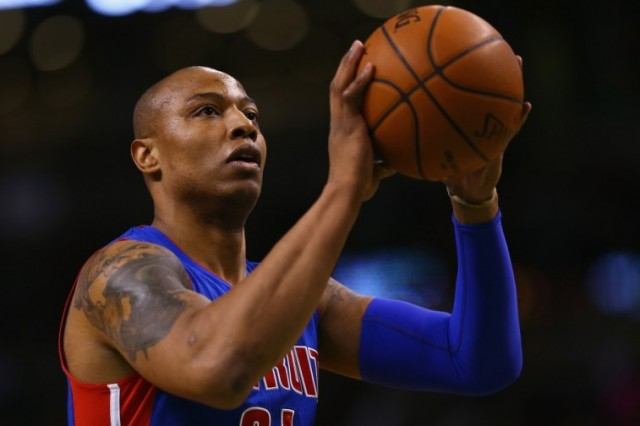 Caron Butler knows there’s an insane amount of sugar and caffeine in Mountain Dew, but it didn’t keep him from developing an addiction to the soda. When he finally decided to quit, he actually suffered withdrawal symptoms.

Butler told NBA.com, “Come 2:00 a.m., I’d wake up out of my sleep, I’d pop one open and hear the fizz sound … and just down it. Then I always had to have another one in the morning when I woke up. Before practice I had one too, and before games I would knock back two.”

He admitted that he relied on sugar. | Getty Images

“Everybody’s got their poison, and mine is sugar,” Derrick Rose confessed to ESPN in 2010. We believe it, considering he had a vending machine of Skittles in his home. On top of his candy problem, the rest of his toxic diet consisted of potato chips and too many McDonald’s runs to count.

Was he getting enough nutrients from those mashed potato and biscuits? | Al Bello/Allsport/Getty Images

We understand needing to satisfy your Popeye’s craving every once in a while. However, former NBA player Kwame Brown’s entire diet consisted of Popeye’s fried chicken. He reportedly ate from the fast food chain for every meal — even breakfast — at the beginning of his career.

He enjoys more than just a handful of Skittles. | Giphy

During his time as running back for the Seattle Seahawks, Marshawn Lynch brought his love for Skittles onto the field. Fans began associating Lynch with Skittles, considering they were his go-to snack on the sidelines during games. The crowd even embraced his obsession, throwing celebratory Skittles into the air after he’d score a touchdown.

Lynch signed an endorsement offer in 2014, landing him in multiple Skittles commercials. He admitted, “I don’t know the last time I’ve been to the store that I’ve had to pay for Skittles … The fans come through and they bring so many Skittles. Honestly, I can’t even tell you.”