You may just view him as the angry dictator plotting against the U.S. from the other side of the world. But there’s no doubt about it — Kim Jong Un enjoys a lavish life filled with plenty of good cheese, high fashion, and beautiful palaces he calls home. Newsweek reports Kim spends most of his money on these luxuries he enjoys so much, which includes food. In fact, in 2012, he reportedly gained so much weight from his diet that a cyst developed on his ankle.

Here’s what you may find in the North Korean leader’s diet on any given day.

He relies on snake wine for better times in the bedroom 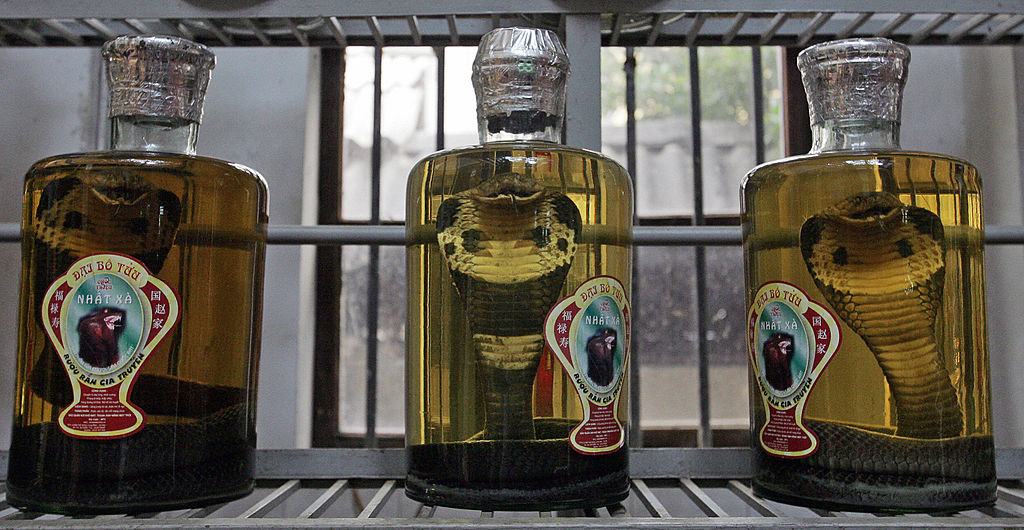 Snake in a bottle anyone? | Maxim Marmur/AFP/Getty Images

If the rumors are true, then snake wine — which comes with a dead cobra in the bottle — helps to improve virility. The UK Metro reported that Jong Un was seen chugging this potent stuff to get a little help conceiving a second child with his wife, Ri Joi-Su.

Next: He ate so much of this he had to go into hiding.

He fills up on Emmental cheese

Emmental might just be the creamiest cheese out there. | Mariamarmar/iStock/Getty Images

If there’s one food Kim is known for eating plenty of, it’s cheese. In fact, Newsweek says the dictator had to step out of the public limelight a few years ago after he ate too much Emmental cheese that was freshly shipped from Switzerland. In case you’re curious about this cheese, it’s made from whole cow’s milk and is frequently used in fondue because of how well it melts. But it’s also not exactly low-fat, which could be part of the reason Kim gained so much weight over the years.

Next: He and his father shared a love for this food.

He and his father shared a love of sushi

Sushi can be healthy — but when eaten in high quantities, it can definitely cause weight gain. | Kamui29/iStock/Getty Images

Kim Jong Un’s father wasn’t the pinnacle of health, as he also had a taste for the extravagant which eventually led him to have a heart attack. And Kenji Fujimoto, the family’s sushi chef until 2001, reveals to the Daily Mail that Kim and his father both shared a love of sushi. Fujimoto explains Kim always enjoyed sushi made with a fatty part of tuna in his youth.

While sushi packed with veggies can be a healthy choice, the starchy white rice, high-fat fish, and high-sodium sauces can totally sabotage the benefits of the meal.

Next: Kim spends around $30 million a year importing liquors.

He loves champagne and other ridiculously expensive liquors

He doesn’t wait until a special occasion to break out the bubbles. | Dolgachov/iStock/Getty Images

It’s not just food that’s ruining Kim Jong Un’s diet — it’s all the alcohol. MSN reports Kim spends around $30 million a year importing high-quality liquors into North Korea just for him and the few he deems worthy. In particular, he enjoys whisky and cognacs, and Hennessy is one of his favorites.

As far as champagne is concerned, Kim is known for drinking bottles of Cristal. For around $300 a bottle, we can’t imagine it’ll be at your next dinner party.

Next: Kim also loves his coffee. 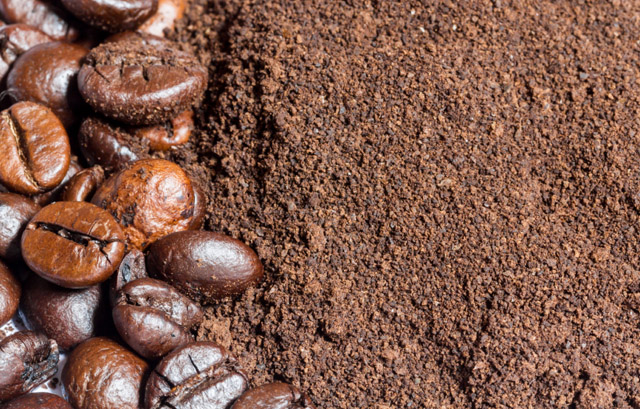 Next: Only the finest steak will do.

Kobe steak is often on the menu

This luxurious steak makes its way to his dinner plate regularly. | Lichaoshu/iStock/Getty Images

As if Kim’s love of cheese wasn’t providing him with enough saturated fat, Fujimoto also says he enjoys Kobe steaks as part of his lavish dinners. In case you’re unfamiliar, Kobe beef is native to a specific area of Japan — and it’s extremely expensive. You might see Kobe burgers on menus around the U.S., but it’s rare to actually eat the real thing.

And Kim’s love of red meat is certainly contributing to his expanding waistline. Remember, beef is high in calories and fat and can also lead to heart disease, diabetes, and stroke.

Next: But Kim doesn’t forget about these other meats.

Kim loves other meats like salami, prosciutto, and ham

He loves the taste of savory hams and meats. | Anna Bobrowska/iStock/Getty Images

While Kobe steak may show Kim’s expensive taste, he reportedly is a fan of all types of meats. Ermanno Furlanis, the country’s first Italian chef who was recruited in 1997 just to make pizza for the elite, says both Kim and his father went nuts over pizza covered in meat. Furlanis says salami, pepperoni, ham, and prosciutto were all popular topping choices for Kim Jong Il. So it’s no wonder his son is now enjoying the same luxuries — even when North Korea’s people are not.

Next: What better way to round off a meal heavy in the saturated fat department than with designer cigarettes?

And of course — designer cigarettes

Along with good drinks and food, he requires good quality cigarettes. | Bunyos/iStock/Getty Images

What better way to round off a meal heavy in the saturated fat department than with designer cigarettes? MSN says Kim enjoys French cigarettes from designer Yves Saint Laurent that cost about $44 a pack. And that’s not all — the leather case he carries them in is $165. What’s even worse is Kim has smoked next to a liquid-fueled rocket engine, which probably isn’t the best idea for him or his country.

Next: Is he getting fat on purpose?

He’s probably getting fat on purpose 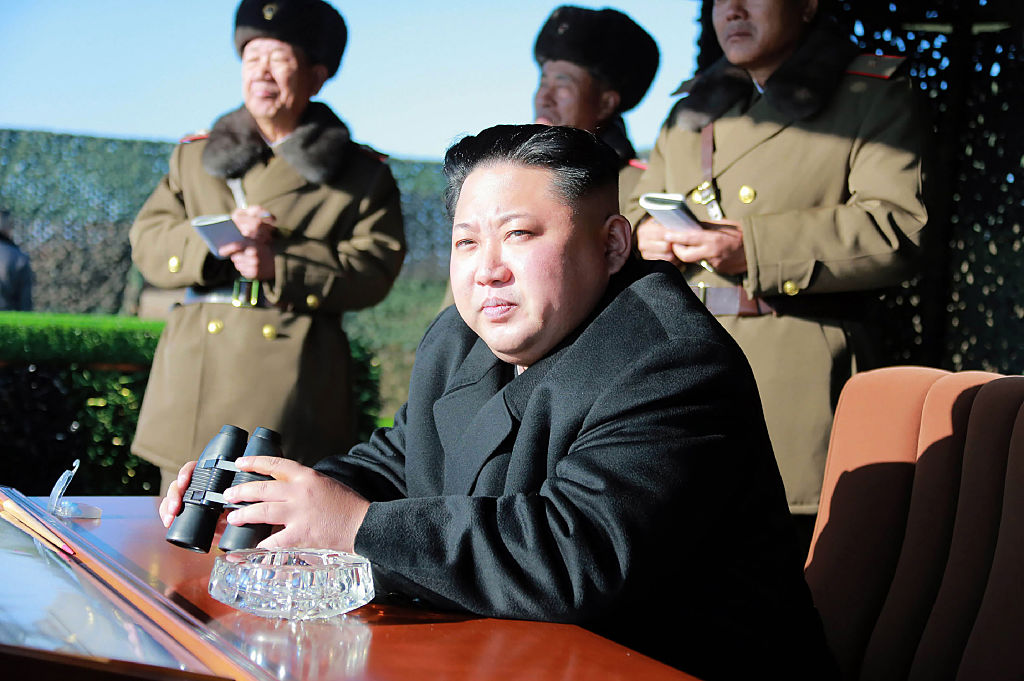 Being fat is a sign of wealth. | KNS/AFP/Getty Images

In South Korea and many Western countries, being thin is preferable and obesity is more common for low-income individuals. But in North Korea the opposite is true.

A portly stature is a symbol of great wealth because only people who can afford food are able to maintain a high BMI. So, some speculate that Kim’s weight gain is fully intentional — a way for him to show off how much food he’s able to access.

Next: There’s a huge divide between wealthy and poor North Koreans.

Kim Jong Un may be living large, but his people are starving 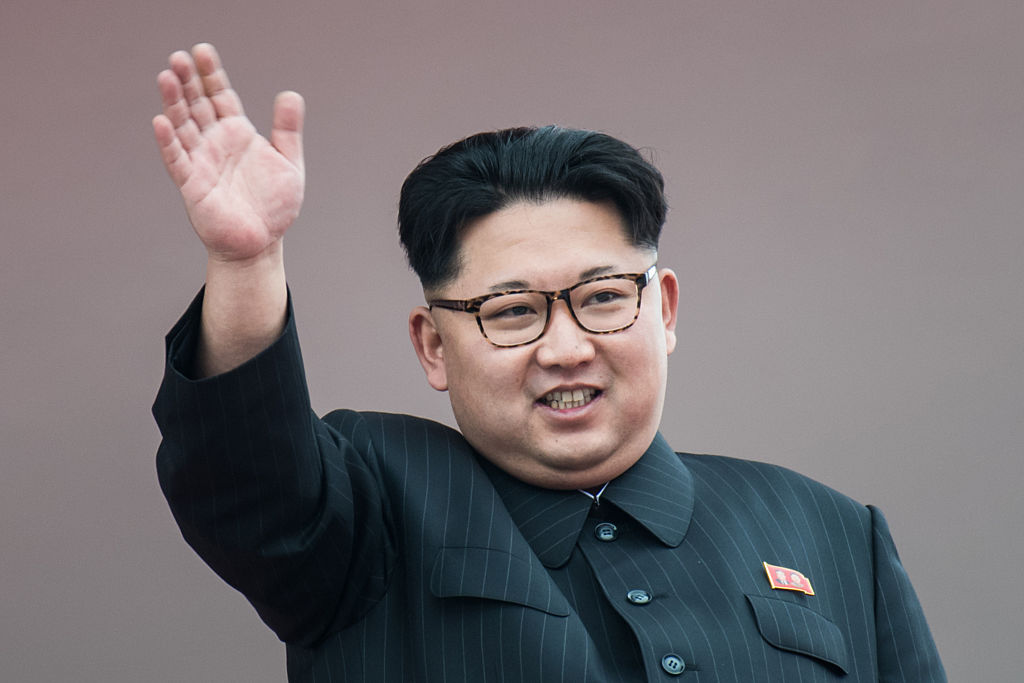 One report found that 75.1% of the country’s population — 25.1 million people — is classified as food insecure, and chronic malnutrition is rampant. North Korea scored 28.6 on the Global Hunger Index, indicating that the country is in serious trouble.

Next: He learned to appreciate food from his dad.

A love for food runs in the family

His father had expensive taste, too. | iStock.com/Alexkuehni

Kim Jong Un’s late father and former North Korean dictator, Kim Jong Il, was a huge fan of strange foods such as shark fin soup and dog meat soup, which he ate to promote immunity and virility. Like his son, he was also a huge customer of Hennessey.

Next: Kim Jong Il had a really weird requirement for rice.

At least he’s not as picky about his rice, though 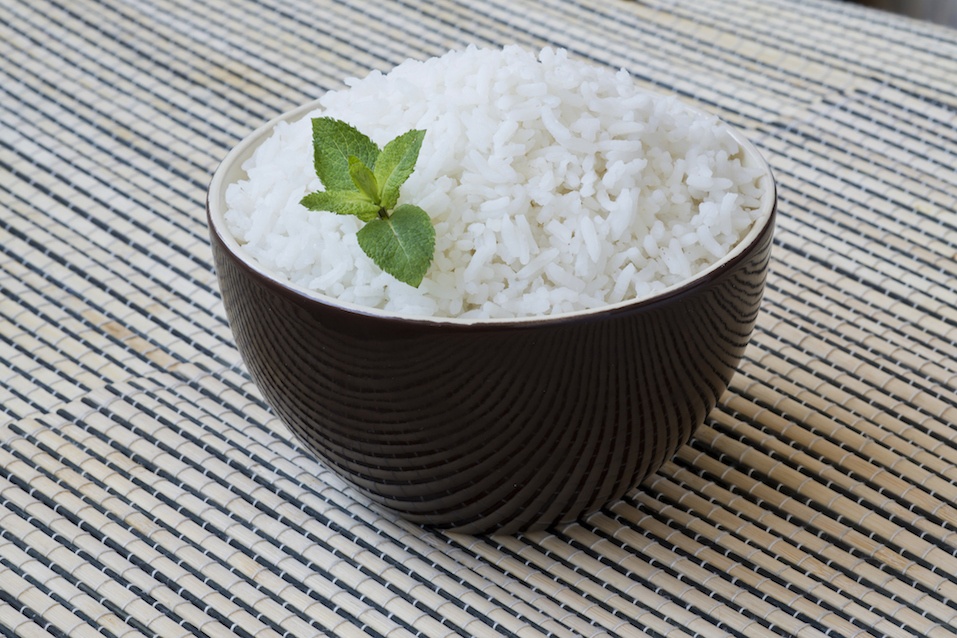 His dad was very particular about his rice. | Vlad_karavaev/iStock.com/Getty Images

Kim Jong Un eats a fair amount of rice, but he might be a little less picky about it than his dad was. The former supreme leader of North Korea supposedly had a team of women in charge of making sure every grain of rice was the same size, shape, and color.

Next: Health concerns are already stacking up.

He has numerous health concerns already

He may only be in his early 30s, but at the rate Kim’s going, he may not live a very long life. In 2014, The Telegraph reports Kim was seen limping and walking with a cane after a long period away from the public eye. And more recently in 2016, an official went to South Korea to get medicines and medical equipment to return to North Korea, seemingly to treat Kim.

The publication notes Kim’s serious weight gain and love of fine dining is contributing to a multitude of health problems already, like high blood pressure and diabetes. If this leader doesn’t get his diet under control, he could face some serious consequences.