You’re Not Crazy: Unhealthy Foods Have a Strange, Magnetic Pull 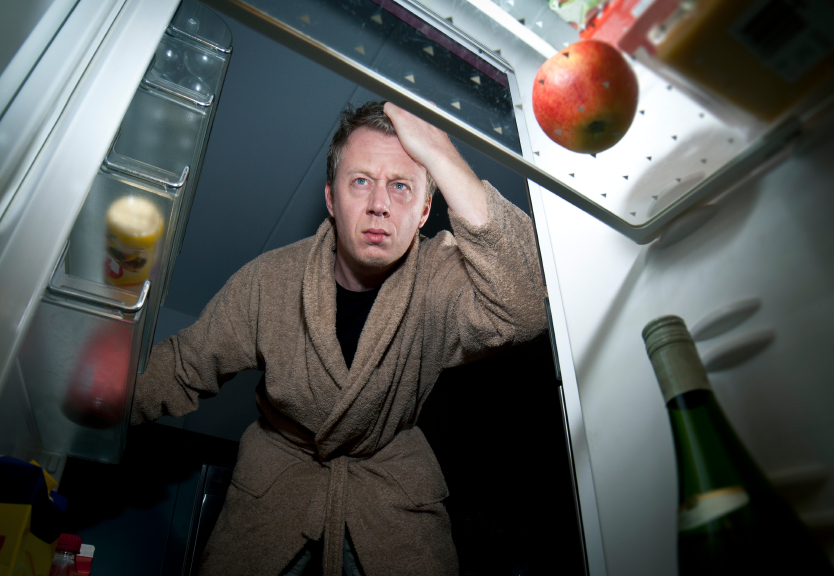 Can’t seem to stay away from the junk food? We know that sugar has some very scary addictive properties, and that too much consumption can get you hooked — leading to some rather horrifying effects as the inevitable results take a hold. But even with that knowledge in your back pocket, we still have a hard time staying away. It’s almost as if junk food has a gravitational pull or a magnetism of some kind.

As Dumb & Dumber‘s Lloyd Christmas might say, junk food is like a “tractor beam — it sucked me right in.” And there’s a bit more truth to that than we might be comfortable with — at least according to scientists looking into the matter.

A study, published in Brain & Cognition, has provided some new details into junk food’s evident magnetism, and is starting to shed some light onto why we simply can’t resist. And it may all just be human nature — in the same way that certain mental illnesses and addiction issues can be traced back to the trace Neanderthal DNA found in our genetic code. In other words, it’s all a part of being human.

“We investigated the distracting role that task-irrelevant foods (natural and manufactured) and food-cues play in performing goal-directed reaching movements,” the study says. “We explored whether spatial and temporal parameters of reaching movement were influenced by the presence of task-irrelevant stimuli (i.e., distractor effect), and whether this effect was modulated by participants’ implicit and explicit ratings of food items and participants’ tendency to restrain their diet.”

And the findings: “We found that the movement trajectory veered consistently toward food items and food-related distractors. Second, we found that participants’ own evaluation of natural and manufactured food played a differential predicting role of the magnitude of temporal and spatial parameters of the distractor effect induced by these types of food. We conclude that perceptual and attentional systems provide preferential access to stimuli in the environment with high significance for organisms.”

In other words, the study found that people can’t get their mind off food, even when food has nothing to do with the task at hand. Food, the researchers say, has an undeniable and magnetic attraction — and as a result, our productivity can suffer since we can’t wrench ourselves away.

So, when you can’t get your mind off the fact that there’s leftover birthday cake in the fridge, that may not be entirely your fault — it’s simply your nature. Researchers even give a nod to that fact, naming the study  “a bait we cannot avoid.”

It appears that the only real way to avoid the siren song of junk food is to be incredibly disciplined — and we all know that even the most iron-willed among us will sometimes give in to temptation, and indulge in a platter of nachos, or suck down a box of macaroons. It just happens.

Now, with further evidence that food has mystical power over us (you could argue that sex does as well, as it also plays to our base instincts to survive and reproduce), the question turns to how or if we can deal with it. As we just mentioned, your strongest line of defense is likely just being disciplined. If you have a sweet tooth, you’re probably better off staying away from sugar altogether. Getting a taste here and there will only drive your temptation.

Or, if you can’t stop eating the salty snacks, start looking for viable, healthier alternatives. There are a number of ways you can give yourself a strategic advantage, but in the end, it all comes back to your ability or willingness to forgo the perceived ‘reward’ you get from eating unhealthy food. Yes, you’re hard-wired to do it — but it’s all a matter of whether or not you can contain your Darwinian instincts to become healthier.

Nobody’s saying doing so will be easy, but it may be comforting to know that you’re not the only person who can’t get food out of your head. The key is keeping it out of your mouth.