13 Beaches You Need to Get to Right Now

If you’re in a part of the country afflicted by the icy grip of winter, a tropical vacation is what sad desk daydreams are made of. Fodor’s Travel has a nifty little beach-finding quiz you can take to find your perfect beach, but we’ve compiled a list of 13 beaches around the world you should get to for warm-weather treatment. Whether they’re perfect spots for family fun or a serene getaway on a desolate stretch of warm sand, stop gazing out the window onto slushy streets and get to one of these beaches instead. 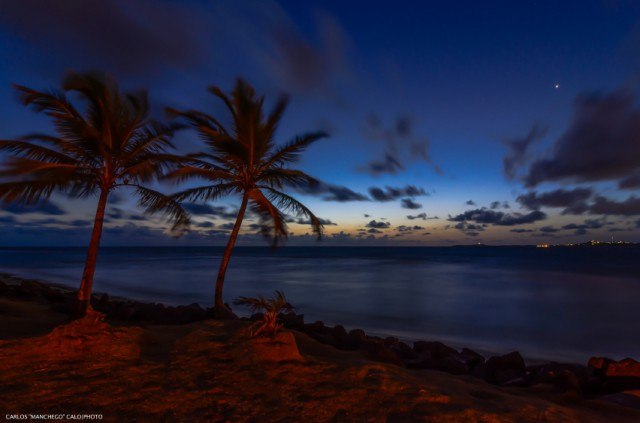 For an East Coast destination that you don’t need a passport for, give Puerto Rico a chance. International Business Times is calling Puerto Rico one of the cheapest places in the Caribbean; airlines continue to add flights, keeping competition high and prices down. Airfare to Puerto Rico is typically 40% cheaper than getting to Cancun. This unincorporated U.S. territory requires no currency exchange and everyone speaks English, so it’s easy to make the decision to hop on a plane on a whim.

Beaches to get to: Frommers has proclaimed that if you’re single, you should take your swagger down to Ocean Park Beach, as it attracts more adults rather than children with its South Beach Rio vibe. If you have little ones in tow, visit Luquillo Beach for its calmer waters (it’s protected by a reef) and white sands. For a little alone time, hike 2 miles from Seven Seas Public Beach to El Convento Beach, a nesting spot for sea turtles and the site of amazing snorkeling. This beach is slated to either become a nature reserve or home to two hotels, so get there before it’s developed! 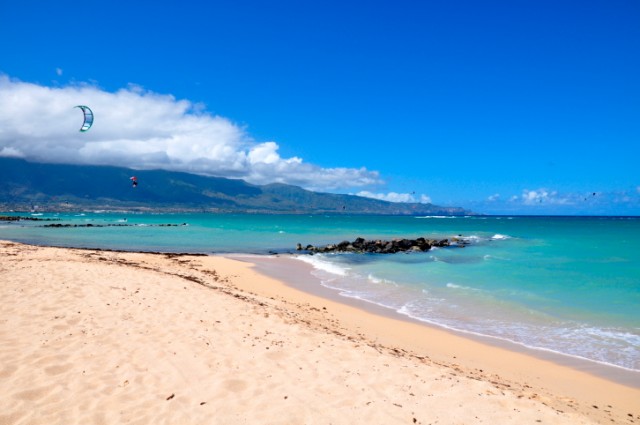 On the other side of the country and along a similar latitude as Puerto Rico is Hawaii. Though it’s a popular season for tourism on the islands, it’s still a small price to pay for ditching single-digit temperatures and snow squalls in exchange for 80 degree, sunshine-y days.  If you’re a surfer, winter is one of the best times to visit Hawaii’s North Shore, according to Surf Guide Hawaii.

Beaches to get to: For something a little more out of the way, Condé Nast Traveler suggests skipping Waikiki for Honolulu’s calmer San Souci Beach. For surfing and whale-spotting, the Travel Channel recommends 7-mile North Shore Beach on O’ahu. If you’re looking for that black sand, check out Punalu’u Beach on the Big Island; if you’re more interested in lighter sands, head over to Lanikai on O’ahu. 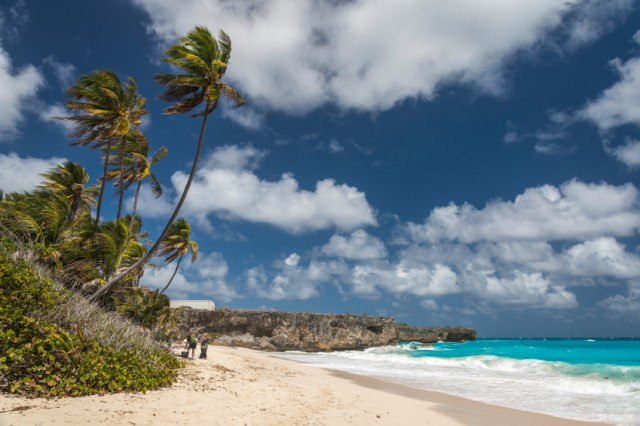 If you can only take one vacation and can’t decide between the Caribbean and England, combine the two in a trip to Barbados, which Fodor’s calls “the most British Island in the Caribbean.” Go from a game of polo to afternoon tea to a beautiful white sand beach, then cap it off with a choice between some fantastic street food or dressing up for some fine dining for dinner.

Beaches to get to: For a lively beach with shallow waters and mild surf great for splashing in, The Telegraph suggests Accra Beach on the South Coast. For bigger waves and pink-tinged sand, skip on over to Crane Beach. For a Barbadian beach that has retained some undeveloped charm and beauty, head out to Bottom Bay. It’s enclosed by coral cliffs, from which turtles and whales can sometimes be spotted.

For another beach holiday culture mash-up a little more far-flung (but maybe a stop after a business trip in Asia), Sri Lanka hosts Buddhist temples, Dutch forts, and spicy south Indian cuisine. When you’re not lounging on the beach, Sri Lanka offers elephant visits at the Pinnawela Elephant Orphanage and tea tastings from the many tea plantations on the island. Now that cultural and political tensions have eased, it’s a great time to rediscover Sri Lanka’s beautiful beaches.

Beaches to get to: Condé Nast Traveler points out that there’s limited time to get to Kalpitiya, a pristine peninsula that’s slated to be developed into a Maldives-style eco resort — but for now, it’s 14 islands of serene beaches and dolphin watching. For something a little closer to town, try the Koggala Beach’s long sandy stretch. If you’re in the mood for something more bustling, head to popular Unawatuna Beach.