3 Healthy Food Swaps for Under $3

As more and more scientific data is revealed on the dangers of eating too much sugars, eating oversized portions, and of maintaining unhealthy eating habits, people are beginning to seek out healthier alternatives.

Eating healthy is often expensive, at least that’s what most people think. But, is there any truth to this? Does it cost more to maintain a healthy diet?

According to research conducted by the Harvard School of Public Health late last year, it costs around $1.50 more per day to eat a healthy diet than an unhealthy one. The research found that diets rich in fruits, veggies, fish, and nuts, for instance, result in this added cost for each person on the healthier diet. This means that a family of three (say two adults and one teenager) would have to pay $135 more per month and around $1,640 more per year. A single person is looking at an added cost of around $550 per year.

With a little planning and strategy, you can lower this cost, though. In addition to portion control, and drinking water or lemon water instead of sugary drinks, swapping out your unhealthy snacks and sides with better choices makes a huge difference in your health and in your wallet. Here are a few swaps you can try that come with a cost of under $3.

The average price of a cucumber is 70 cents, as of late, according to the USDA. Potato chips costs anywhere between $2 for store brand chips to $5 for premium brands when they’re not on sale. For $3, you can buy four cucumbers and get that same (or similar) crunch without all of the fat and sodium.

In a side by side comparison, cucumbers have around 0 grams of fat, 0 grams of saturated fat, 0.9 grams of sugar, and 1 milligram of sodium — much less than chips. A single serve bag of potato chip has around 10.5 grams of fat, 3 grams of saturated fat, 1 gram of sugar, and 147 milligrams of sodium. Cucumbers also contain nutrients like potassium and vitamin C. To be fair, chips contain some nutrients too, like fiber, vitamin C, vitamin B6, and even iron. But, with chips, you are getting a lot of bad stuff along with those nutrients.

Do you ever have macaroni and cheese as a side item? What about pasta sides like Alfredo? If so, sub that side out for squash or even green beans. Squash costs between 83 cents and $1.39 per pound, depending on the type of squash you buy. A bag of frozen green beans generally costs no more than $2.

In a side by side comparison between boxed macaroni and cheese vs. summer squash, you may be surprised to see the nutritional differences. A serving of mac and cheese contains around 260 calories, compared to squash’s 32 calories. Mac and cheese has 3 grams of fat, 1 gram of saturated fat, 561 milligrams of sodium, and 7 grams of sugars. On the plus side, the mac and cheese has 1 milligram of fiber, 11 grams of protein, and decent amounts of iron and calcium.

The squash, however, has notable amounts of potassium and fiber. It provides 60 percent of your daily vitamin C, 20 percent of your vitamin B6, and it contains vitamin A, magnesium and iron. On top of that, summer squash only has 0.5 grams of fat. 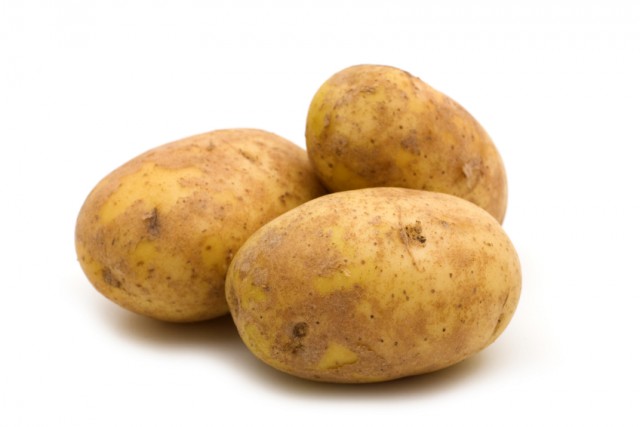 It’s a known fact that most people love french fries. Fast food restaurant fries, fries at a nice restaurant, and frozen french fries that come out of a bag may be delicious, but they should be eaten sparingly.

A medium serving of fast food french fries contains 19 grams of fat, 3 grams of saturated fat, 380 calories, and about a half of a gram of sugar. You do get some nutritional benefits from the potatoes, but not without eating all of that junk in the process.

Instead, you can replace those fries with a 5 to 8 pound bag of russet potatoes. As of late, the average cost of an 8-pound bag is $2.99, according to the USDA. Not only is this healthier for you, it’s also much cheaper. If you cube and boil the potatoes (with the skin on), add 2 tablespoons of butter, and a dash of salt and pepper, you have a lunch side item that will spread over at least three meals. Try this boiled potato recipe from Food Network: