4 High-Cholesterol Foods You No Longer Need to Fear

Prepare to welcome a few foods back into your diet. For years, doctors, nutritionists, and health experts have warned against high-cholesterol foods, but recent recommendations from the Dietary Guidelines Advisory Committee may change the way we view eggs, shrimp, and lobster. While current guidelines recommend consuming less than 300 milligrams of cholesterol per day, The Washington Post reports that the nation’s top nutrition advisory panel now believes that cholesterol in the diet no longer needs to be considered a “nutrient of concern.”

This finding means that eating foods high in cholesterol may not affect the level of cholesterol in the blood or increase your risk of heart disease, The Washington Post explains. No official changes will be made to the cholesterol guidelines for at least six months, according to ABC News.  If the new guidelines are eventually adopted, several foods will be taken off the must-avoid list; here’s a look at four of them.

There’s no need to throw out those egg yolks! Even though one large egg has about 186 milligrams of cholesterol, there are plenty of benefits that come along with eating a whole egg, states Mayo Clinic. One egg contains vitamins A, B, and E, iron, zinc, and phosphorus. There are also some trace elements in eggs, including iodine, which plays a role in thyroid health, and selenium, an antioxidant that can reduce your risk of cancer.

Authority Nutrition adds that eggs can raise your HDL (good) cholesterol levels and contain choline, a key nutrient that many people don’t consume enough of on a daily basis. Choline helps build cell membranes and plays a role in signaling molecules in the brain, Authority Nutrition explains. Eggs are also a great source of protein and contain lutein and zeaxanthin, antioxidants that help keep your eyes healthy. 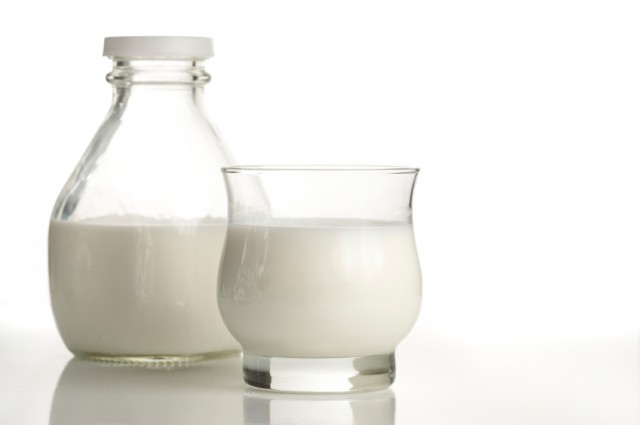 New cholesterol guidelines mean full-fat milk and cheese may find their way back into your kitchen. ABC News notes that one serving of whole milk has 24 milligrams of cholesterol, and a three-ounce serving of full-fat cheese has approximately 30% of the current recommended daily value for cholesterol. Despite their high cholesterol content, eating and drinking them may do your body a whole lot of good. Care 2 says dairy products, such as milk, must contain some fat in order for your body to properly digest the protein and calcium they contain.

Milk fat is also a good source of glycosphingolipids, a type of fat linked to immune system health and cell metabolism. Furthermore, recent studies have revealed that whole-fat dairy is linked to reduced body fat. In a study published in Scandinavian Journal of Primary Health Care, middle-aged men who consumed high-fat milk, butter, and cream were less likely to become obese over 12 years compared with men who rarely ate high-fat dairy.

Shrimp and lobster’s cholesterol content has earned them a bad reputation within the health industry. The World’s Healthiest Foods notes that a four-ounce serving of shrimp contains 220 milligrams of cholesterol, while a three-ounce serving of lobster has 61 milligrams of cholesterol, according to Everyday Health. Shunning shellfish from your diet, however, may cause you to miss out on many important vitamins and minerals. Heal With Food says that shrimp is a great source of protein, vitamins B3 and D, and zinc.

In addition, shrimp contains astaxanthin, a coretenoid that acts as an antioxidant and protects the skin from premature aging. One cup of cooked lobster has 29 grams of protein, or 16% of the daily recommended amount, SFGate explains. It’s also a good source of vitamins B and E, phosphorous, magnesium, potassium, and zinc. With a nutritional profile like that, there’s no need to feel guilty the next time you want to splurge on a lobster dinner! 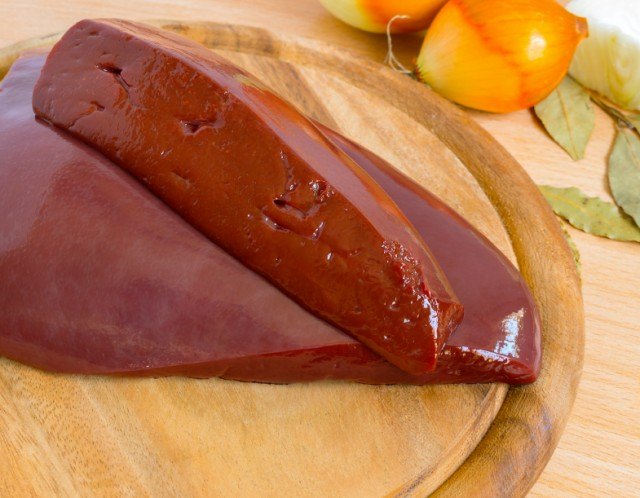 It’s time to start working liver and onions back into your dinner rotation! Everyday Health explains that a three-ounce serving of cooked beef liver contains 331 milligrams of cholesterol, meaning that it’s made the foods-to-avoid list for years. But there are plenty of good reasons to start eating more of this high-cholesterol food. SFGate states that beef liver contains significant amounts of protein, essential amino acids, vitamins, and minerals.