Not to be too Proustian, but food, memories, and history are a combination inextricably linked to this French city. Visitors are spoiled with choices for fresh bread, amazing chocolates, and superb sweets that trying to find a place to begin is a maddening affair. If you’ll soon be wandering the streets of Paris, stopping in shops that strike your fancy, you’ll need to make sure you choose paths that will take you past the following four pâtisseries. Even if you won’t be packing your bags for the City of Light anytime soon, let your mind wander, discovering agenda worthy Parisian pâtisseries, and three French shops that went global. 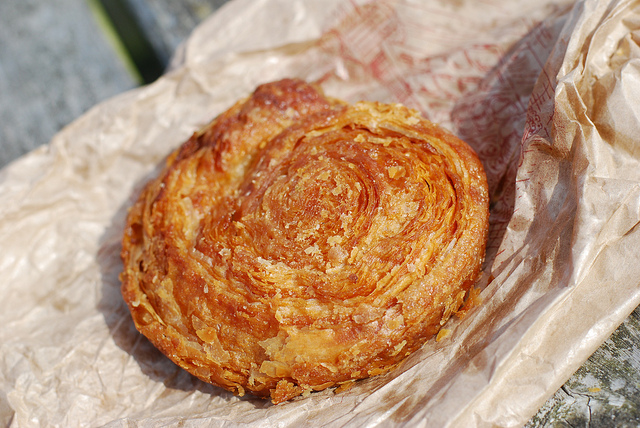 Blé Sucré is heralded as “the best” for several items on the menu. Alexander Lobrano, author of Hungry for Paris, listed it in The Wall Street Journal as he rounded up the best places in the city for croissants. Lobrano, who has lived in Paris for 27 years, described the croissant as having a shell-like exterior, but perfectly layered, elastic interior.

David Lebovitz has said you can find the best, not to mention affordable, madeleines in Paris at Blé Sucré. Leovitz also praised the shop for its Kouign amann, a buttery, flaky, sugary French pastry that everyone should try at least once in their lives. For Yelp reviewers, the croissants and pain au chocolat that stood out among reviewers as being phenomenal. Blé Sucré is conveniently located near the Bastille, so it will easily fit into your sight-seeing plans as well. 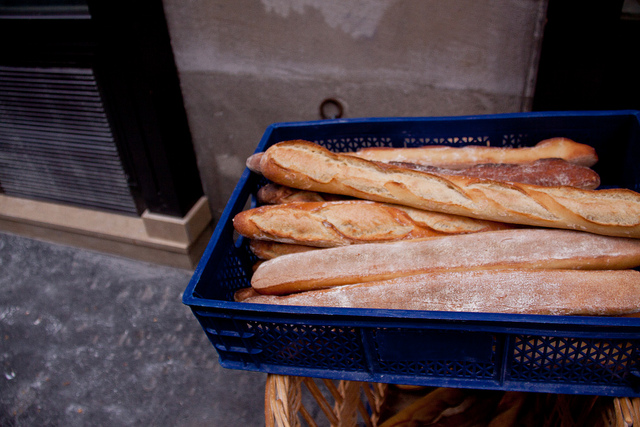 With a trip to Paris, you could have something in common with the French President. In addition to (temporarily) sharing the same neighborhood, you could eat the same baguettes that François Hollande nibbles on each day, and all you need to do is make a trip to this year’s winner of an annual competition in Paris to find the best baguettes: Aux Délices du Palais.

To win this title, you have to meet some stringent criteria, and The Guardian outlined what they are. Baguettes are submitted to the competition for a blind judging. If the judges discover the baguette does not fall within the accepted size (55 to 65 centimeters), weighs too much (250 to 300 grams), or contains more than 18 grams of salt per kilo of flour, it is thrown into the reject pile. From what is left, the judges evaluate the crust, smell, taste, bread inside, and overall appearance of the baguette. It should be moist, with subtle hints of nut, slightly chewy, and with a crunchy crust. After all of that, a winner is selected who for the next year gets to send 40 baguettes every morning to the President of France. 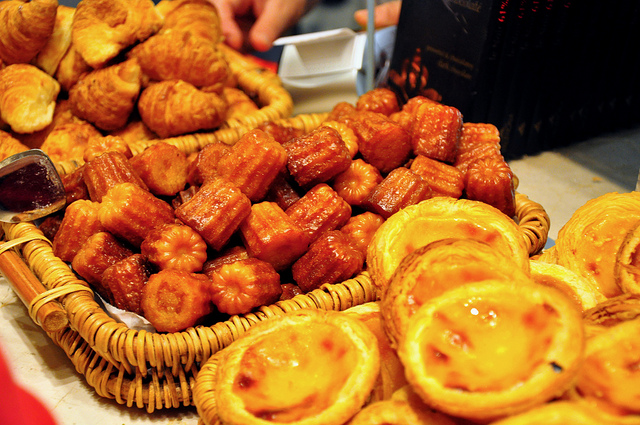 In Paris, the past blends into the present around every corner. Each nook of the city has the potential to reveal a bit of history, and its pastry shops are no exception. Billed as “The Oldest Pastry Shop” in Paris is Stohrer. Nicolas Stohrer originally set up shop in 1730. Stohrer came to Paris by way of royal marriage; he was the favorite pastry chef of Marie Leszczynska, daughter of King Stanislas of Poland, and when she married King Louis XV, Leszczynska brought Stohrer with her. His shop catered to the needs of the royal family, and as France Today explains, vaulted Baba au Rhum (rum soaked sponge cake) to the legendary heights it now enjoys as a French pastry classic. According to the legend, when the King of Poland was in exile in France, he found the region’s kouglof cake to be just a bit too dry, causing Stohrer to add a herbal liqueur to it, an ingredient that would change to rum when he moved to Paris.

“Our focus is on longevity,” Pierre Liénard, head of Stohrer stated in 2013. “The recipes are treated with great respect to make sure that the quality and taste remain constant through the generations.” As a result, Stohrer remains a patisserie that is steeped in legend, nationally revered, and a must-see for visitors. 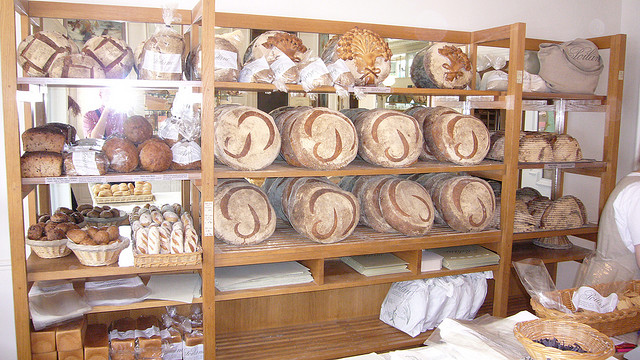 Royal history isn’t the only kind of story you’ll find at Parisian pastry shops — you’ll get a healthy dose of family histories and traditions, too. Like Poilâne, a thriving business that has had its share of family heartache. Started in 1932 by Pierre Poilâne, The New Yorker says his son Lionel began to take over after Pierre suffered a stroke in 1973. When both Lionel and his wife died in a helicopter crash in 2002, the couple’s then-18-year-old daughter Apollonia Poilâne stepped up to take the helm of the family business while she attended Harvard. This is no small operation, wheels of sourdough — or miche – are Poilâne’s speciality, and it sends hundreds out daily to shops around Paris, international customers, and to the Elysée Palace.

In addition to having a miche that is not to be missed, Travel + Leisure advises travelers to taste the free-form apple tart for a delicious, rustic pastry. At it’s original location, the bread is still baked in traditional wood fire ovens downstairs. So head to Poilâne for a delightful, aromatic pastry experience in the sixth arrondissement. 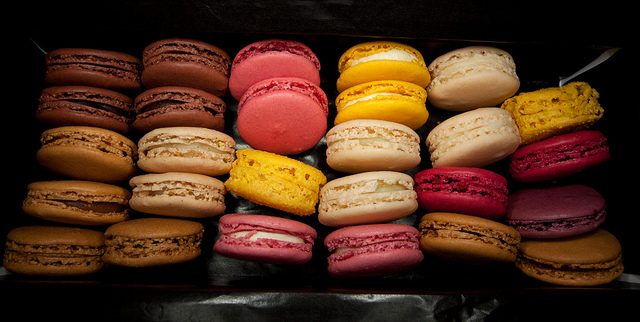 If you find yourself with an intense case of wanderlust and not plans for a trip to Paris in the works, fear not. Three iconic French pastry and sweet sellers have capitalized on the rest of the world’s fascination with French pastries and desserts. In addition to locations outside of their native France, La Maison du Chocolat, Ladurée, and Pierre Hermé have entered the digital realm so no matter where you are, you can always have a bit of Paris.

La Maison du Chocolat has locations in France, Hong Kong, Japan, the UAE, UK, and U.S., as well as an eboutique. Started by Robert Linxe, Maison du Chocolat started out as a luxury chocolate shop, and has expanded to become a global brand. Along with selling rich, outstanding chocolates, a number of pastries are on sale as well — like eclairs, which Linxe put his distinct stamp on, and only the highest quality chocolates are used in its preparation. Paris by Mouth calls the ganaches found here “heavenly” and even though it is an international icon, still recommends visitors to Paris stop by.

In the mood for macarons? Since both Ladurée and Pierre Hermé have taken this treat global, you will be spoiled for choices. Ladurée is in 25 countries, and has three locations in New York City. Pierre Hermé remains a bit more recluse with no U.S. locations as of yet, but it does operate in France, England, Japan, the UAE, Hong Kong, and Qatar. For both, you can place orders online, but there is not quite like walking into one of the stores, examining the cases filled with rows and rows of jewel-toned and pastel macarons as you select the flavors for your box of pastries. Made from meringue, almond flour, and additional flavorings, macarons are a delightful, melt-in-your-mouth sweet that are difficult to master but wonderful to enjoy. Ladurée and Pierre Hermé have a variety of other must-eat sweets on their menus, but there is no passing up either store’s macarons.