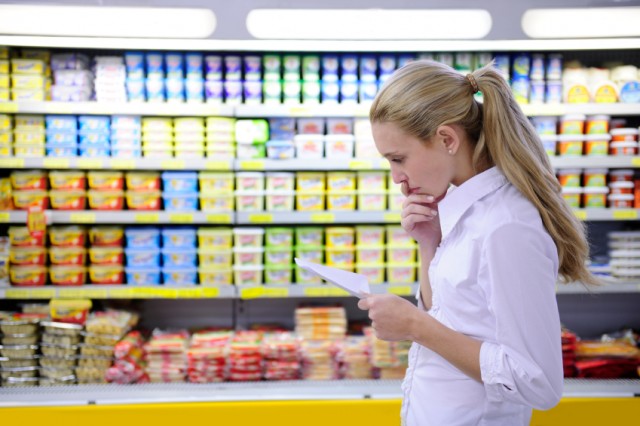 Have you ever walked into a grocery store and taken a good look around? The next time you’re there take note of the carefully placed displays, the music that’s playing, and even the paint on the walls. Those choices aren’t just to ensure the store is nicely decorated. In fact, the store’s layout is designed to do one major thing: manipulate you to spend as much as possible.

It’s no big secret, either. In fact, in a report titled Shopper Marketing: Capturing a Shopper’s Mind, Heart and Wallet by the Grocery Manufacturers Association said that they’ve realized that the store is a great marketer all in itself and are now targeting shoppers through shopper marketing (read: displays, lighting, and music.) Ready to learn about how you’re being manipulated each time you walk into a grocery store? A report titled Grocery Goliaths: How Food Monopolies Impact Consumers details just how your store is luring you in to buying more. Take a look at these four ways grocery stores are manipulating you.

From the moment you walk into a grocery store, your senses are going crazy with the stimulation being thrown your way. From wall colors to aromas to bright lighting, you are being bombarded with sensory overload from the very beginning. For example, listen to the music being played the next time you’re at a grocery store. Supermarkets know slower paced music decreases the flow of traffic in the store, slowing customers down and resulting in more sales. You’ll rarely hear fast, upbeat music, because by substituting slow jams for a catchy beat, customers are more likely to shop faster and buy less.

You should also try to avoid the sight of the perfectly decorated cakes, cookies, and treats that are set out and displayed — that’s another attempt to get you to buy more. The hope is that by putting out some of the best and most delectable looking bakery items, you’ll make an impulse decision to walk away with an unplanned cake. The produce and floral displays also have an impact on your purchases. The Grocery Goliaths report says that fresh fruit and vegetable sales account for about 11 percent of a grocery store’s revenue, but a beautifully arranged display leaves shoppers with a good impression of the store. Grocery Coupon Guide writes that hot bars are also in grocery stores to lure shoppers to spend more. Try shopping with the scent of rotisserie chicken wafting through the aisles; there’s a good chance the scent will convince you to wander over and purchase a hot bar item. 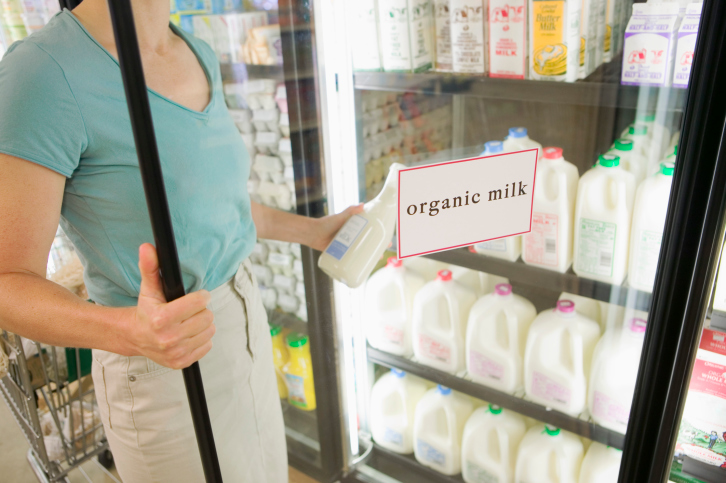 There is nothing coincidental regarding the way your grocery store is set up. Shelf space is manipulated to display the most expensive products and brands front and center, while similar products are placed near each other to help boost sales. If a grocery store is trying to target a certain product, it’ll be placed at eye level, depending on whether it’s an adult or child who’s being targeted. While in the store, your every movement is tracked — food manufacturers know the ins and outs of an average customer’s habits. For example, they know carts are often steered counter-clockwise throughout the store and circle from the back of the store to the front, often choosing items from shelves on the left side.

They also know that many of customers’ impulse purchases takes place by the cash register. So, what do they do? Load up the front with a variety of magazines, candy and personal care items for customers to browse while waiting in line. Business Insider writes that dairy products, which are often on a shopper’s list, are placed on the back wall of the store so you’re forced to go through the whole store in order to get there. You know those end-of-aisle displays designed to look as if it’s a sale item? It’s usually not, but just made to look that way. Food companies will rent those display areas to help boost sales. A report titled Healthier Choices on the Shelf states that items at end-of-aisle displays account for 30 percent to 40 percent of all supermarket sales. 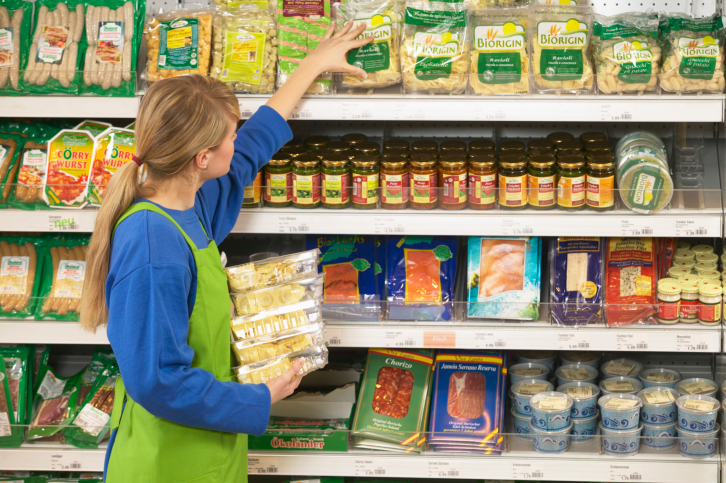 Some retailers will charge food companies a fee — known as a slotting fee — to place their products in areas deemed as the most profitable. Slotting fees are running at a level of $1 billion a year, Forbes writes. In addition, manufacturers also pay $25 billion a year in “trade dollars” to get retailers to promote and discount their products. It’s gotten so out of hand that smaller suppliers have reported that they’re being squeezed off the shelves because they can’t afford to pay the large amounts of money that bigger companies can swing.

Grocery store chains have even been known to give control of an aisle to large manufacturers, dubbing them as category captains. What exactly does that mean? If a manufacturer is given that title, the supermarket is granting the company the ability to choose what items are available, the placement of brands and varieties on shelves, as well as prices and promotions. 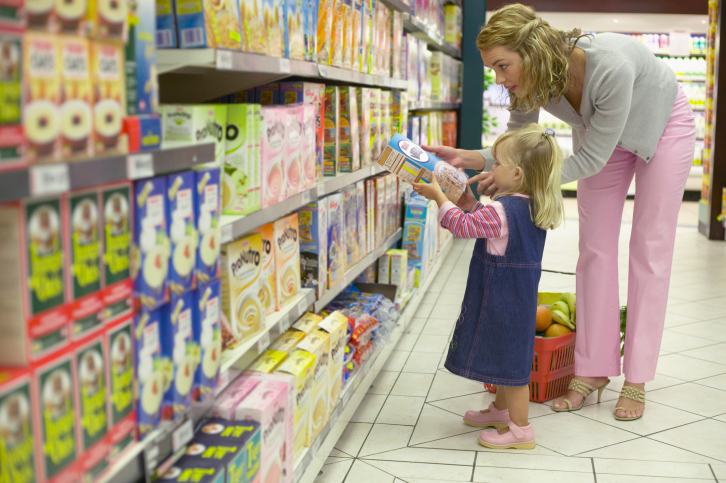 The Wall Street Journal writes that data from Kantar Media shows supermarket chains’ advertising spending rose 19 percent to $393.3 million during the first half of 2010 compared with 2009. The increase is ahead of a 9.5 percent jump by other retail segments in addition to a 5.7 percent increase by all industries over the same time. The most troubling part is that many foods marketed to children are in direct contrast to recommended dietary guidelines. It isn’t fruit producers who are dishing out the big bucks for ads. Instead, companies are trying to convince kids to purchase foods with high levels of fat, sugars, and salt.

Lower income families are also targeted. The Grocery Goliaths report states that an industry publication advised supermarkets to ensure that processed meals, such as prepared pasta, dry dinner mixes, and frozen dinners be readily available at the right time of the month for food stamp recipients.

Now that you’re aware of the manipulation taking place during your weekly grocery shopping trips, there are things you can do to help protect yourself from it. Start by shopping the perimeter of the store. If you avoid the middle of the store, you will skip the processed foods, bright packaging, and end-of-aisle displays. Never shop on an empty stomach (that’s how those hot bar smells tempt you) and take the time to look high and low, not just at eye level. The easiest way to help stay on track? Make a list, and don’t stray from it.