4 Well-Paying Jobs Where You Get a Free Workout

The evidence is overwhelming: A lack of activity is bad for our health. A study that was presented at the American College of Cardiology’s (ACC) annual meeting in March 2015 found that sitting for hours at a time every day was associated with coronary artery calcification, which may increase the risk of a heart attack.

The study was notable in that the researchers didn’t find an association between exercise and coronary artery calcification, a finding that suggests that working out may not be enough to counteract the negative effects of an otherwise sedentary lifestyle.

“The lesson here is that it’s really important to try to move as much as possible in your daily life; for example, take a walk during lunch, pace while talking on the phone, take the stairs instead of the elevator and use a pedometer to track your daily steps,” said Jacquelyn Kulinski, the lead author of the ACC study, in a press release.

Heart disease isn’t the only risk associated with sitting too much. Other studies have linked sitting to an increased risk of type 2 diabetes, cancer, and even depression. Yet despite the risks, most Americans simply aren’t moving all that much, in part because we spend so much of the day sitting at work. Eighty-six percent of Americans sit all day at their jobs, for an average of 7.5 hours at a time. Those hours in the office, plus the time spent in front of the TV, stuck behind the wheel, and in other sedentary activities means that people are active or standing for just three hours a day, according to the Ergotron JustStand Index.

Not every job involves parking yourself in front of a computer screen for hours at a time, though. The following four jobs will keep you moving and give you a great workout, even as you’re getting paid. As a bonus, all these jobs have average annual salaries above the U.S. average of $46,440.

Average salary: $51,790 per year, according to the Bureau of Labor Statistics (BLS).

Mail carriers who cover their route on foot walk far more than the average American. On average, mail carriers took 18,904 steps per day, a 2007 study found, the equivalent of 7.5 miles and well above the recommended number of 10,000 steps per day. In comparison, the average American adult took just 5,117 steps a day, according to a study published in Medicine & Science in Sports & Exercise.

All that walking burns a bunch of calories, as well. A 150-pound man taking a brisk, 3.5-mile-per-hour walk while carrying less than 25 pounds burns about 238 calories per hour, according to CalorieLab.

Chopping wood with an ax burns a whopping 1,088 calories per hour, though few foresters spend all day felling trees. Other forestry activities, such as grading trees and supervising tree planting, can burn 476 calories per hour, which means this job can still provide a great workout.

“The work can be physically demanding. Some conservation scientists and foresters work outdoors in all types of weather, occasionally in isolated areas. They may need to walk long distances through dense woods and underbrush to carry out their work,” explains the BLS.

The time foresters spend in the field tends to shrink as they progress in their career, however, which may eventually mean more time behind a desk and less time engaged in physically demanding activities. “After a few years of on-the-ground experience and crew supervision, foresters typically advance to administrative positions and may spend less time outside,” notes the South Carolina Forestry Commission. 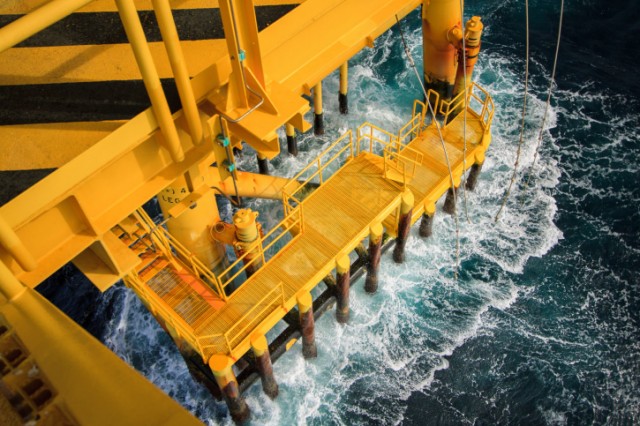 Commercial divers primarily do underwater mechanical, repair, and construction work, often on offshore oil rigs. The work varies but can include underwater welding, salvage operations, taking measurements, or inspecting structures. The job is also physically demanding. Divers can be underwater for hours at a time while carrying heavy equipment and completing specialized tasks in a cold, dark environment. All that work means that divers can burn up to 748 calories per hour, according to CalorieLab.

Commercial diving isn’t a career for the faint of heart. Because of the difficult conditions, the job can be risky. Divers can be injured while underwater, be exposed to hazardous materials, or experience hypothermia or decompression sickness. Yet salaries for experienced divers can be generous. Offshore divers with three to five years of experience can earn up to $150,000 per year, says the Commercial Diving Academy, a school that trains and certifies commercial divers.

Like many careers in the arts, salaries for dancers tend to be low. The median hourly wage for dancers was $14.16 in 2012, according to the BLS. While dance is a career that people typically pursue more for love than for money, dance and movement therapists can earn more generous salaries while still enjoying the health and fitness benefits of dancing, which can include less stress, stronger bones, and even a lower risk of dementia, according to a report in Women’s Health. All that on-the-job dancing also burns roughly 238 calories an hour, with some types, such as aerobic dancing, burning far more.

What does a dance therapist actually do? The job involves improving people’s health and wellness through the use of therapeutic movement. They may work in schools, nursing homes, rehab facilities, and alternative health centers, says the ADTA. To practice, dance therapists must have a master’s degree and earn a credential as a Registered Dance/Movement Therapist (R-DMT).