Concerns over the safety of packaged food is nothing new. While Upton Sinclair’s The Jungle sought to illuminate the appalling work conditions meatpacking workers endured, the unsanitary conditions and dishonest practices are what really resonated with readers. The outcry spurred the Pure Food and Drug Act of 1906, which eventually led to the Food and Drug Administration (FDA). According to Time, the first large-scale recall occurred in 1920, after a botulism outbreak was traced back to canned olives. Sadly, things have not slowed down.

While not every recall gets much play in the news, they’re alarmingly common. Earlier this year, Blue Bell Ice Cream recalled its entire line of treats because of listeria contamination linked to the production facilities. USA Today recently reported a government investigation found the problem stems all the way back to 2013. Another big-name recall came from Sabra Dipping Co. in April and was also because of listeria concerns.

With Americans eating more processed meals than ever, food safety is a growing concern. It’s a tricky world to navigate, though. We’ve highlighted five common types of recalls to help you understand what they are and what they mean for the foods you enjoy. Knowing more about recalls and what causes them can help you make smart choices about what types of food you choose to purchase. 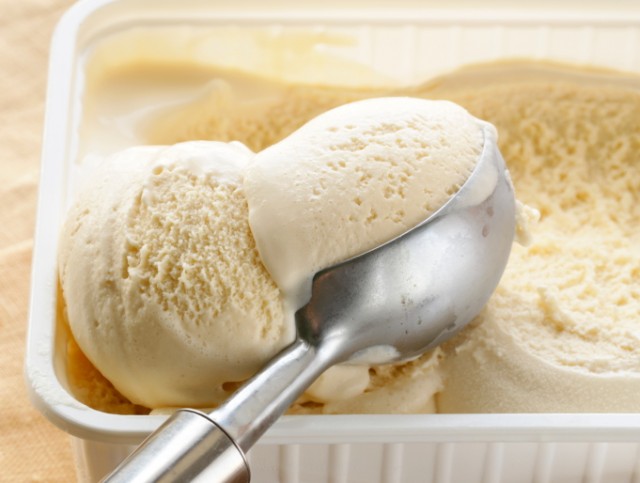 This bacteria shows up in soil, water, and some animals. Most frequently, listeria contamination occurs in improperly processed milk and meat products. Foodsafety.gov reported that unlike many other types of bacteria, listeria can continue to grow in the cold of the refrigerator.

Only cooking and pasteurization can kill it. While death from listeria infection is rare, the Mayo Clinic said it’s particularly worrisome for elderly people, those with compromised immune systems, as well as pregnant women. According to the Mayo Clinic, you should contact your doctor if  you develop symptoms like fever or nausea after eating food you suspect may have been contaminated. While many people don’t require treatment, antibiotics may be prescribed for more serious cases.

In addition to the most recent cases, listeria has popped up a number of other times in recent history. USA Today reported that Kraft Foods recalled 2.8 million pounds of chicken strips in 2007 after tests revealed contaminated packages. In this instance, though, no illnesses were reported. But not everyone is so lucky. One of the reasons Blue Bell has been getting so much coverage is because of reported illnesses linked to their products, including three deaths in Kansas.

In order to minimize the risk of this type of food-borne illness, the Centers for Disease Control and Prevention (CDC) said to properly cook, handle, and store meats. It’s also a good idea to stay away from unpasteurized dairy and pay close attention to the use-by dates. If you’re concerned about the safety of something, throw it out instead of risking it.

Not all recalls stem from some sort of bacterial contamination. Occasionally, nonfood particles can make their way into packaged eats. It might not seem like that big of a deal, but everything from plastic to glass has ended up in different products in the past. Some pose hardly any risk; however, those bits or glass could lead to oral injuries like the one that prompted a baby food recall from Beech-Nut Nutrition. Also be aware, that sharp fragments could lead to internal injuries.

Earlier this year, Kraft Foods became aware that some products contained an unintentional ingredient. CBS News reported Kraft recalled 6.5 million boxes of macaroni and cheese after eight consumers reported finding bits of metal in the lunchtime favorite. Not long after, Trader Joe’s warned consumers about the potential risk of ingesting bits of plastic found in some of their sausages.

Unfortunately, there’s not much to do about minimizing the risk of potentially dangerous nonfood items. Your best bet is to stay updated on food recalls and toss out anything that might be suspect when you see a warning. You can visit Foodsafety.gov and even sign up for automatic alerts.

This bacteria is actually a strain that already lives in our digestive tracts, as well as those of animals. WebMD stated there are many different strains of E. coli, and most of them are completely harmless. The article went on to say that some can lead to illness and urinary tract infections. These harmful kinds can make you sick if you eat food or drink liquids that have been contaminated by animal feces. Everyday Health explained that can happen from eating undercooked meat, unpasteurized dairy, or produce that becomes contaminated from runoff near animals.

Meat is definitely a common factor when it comes to E. coli recalls. Caviness Beef Packers, a company based in Hereford, Texas, recalled 23,100 pounds of meat in September. Just two months later, a Minnesota company followed suit. Remember that fruits and veggies can still be risky if they’re close to animals. One particularly memorable case occurred in 2006, when bagged spinach sickened nearly 100 people. National Public Radio (NPR) explained that using manure may have contaminated the produce if it contained the harmful bacteria.

When it comes to staying safe, proper cooking and handling is key. Mayo Clinic suggested using a meat thermometer when cooking, as well as thoroughly washing produce and cooking surfaces. If you think you may have fallen ill from food poisoning, consult your physician.

Perhaps the most recognized food-borne illnesses, salmonella is another type of bacteria that lives in our intestines. WebMD reported illness can occur when we eat foods contaminated with the bacteria from animal feces, like E. coli, but also from handling animals like baby chicks, reptiles, and rodents. The article went on to say that symptoms include cramps, diarrhea, and abdominal pain and can last for four to seven days. While most people will make a full recovery on their own, older adults and small children may require hospitalization.

Often associated with raw eggs, salmonella outbreaks have been linked to some less-expected sources. The New York Times reported 20 states were affected when consumers fell ill from eating affected cantaloupe from an Indiana farm in 2012. One of the more famous recalls came from Peanut Corp. of America in 2006, but the incident gained national attention more recently when the flub proved to be more heinous than originally thought. CNN reported the former owner was convicted of fraud, conspiracy, and a number of other charges for knowingly shipping products with salmonella.

While leaving an ingredient or two off a food label might seem innocent enough, it can be a huge problem for those with dietary restrictions or food allergies. According to HealthDay, these hidden ingredients are the leading cause of recalls the FDA requests. Foods like eggs, dairy, and nuts are particularly of concern, since so many people are allergic to them. For those with particularly severe reactions, an undeclared item could be fatal.

Recently, various Whole Foods Markets found themselves subject to a recall because they were selling bran muffins that failed to list both eggs and milk among their ingredients. While that’s obviously an issue for folks with allergies, this specific case also has implications for those adhering to a vegan diet. Another company recently recalled cumin powder because of undeclared peanuts. This is especially disconcerting as peanut allergies continue to rise in the United States.

If you find yourself worried about unlisted ingredients because of a life-threatening allergy, preparing most of your own food at home is the best option. When that isn’t a possibility, stick to brands you trust.