Finding a great Father’s Day present seems like an impossible feat. Clothes are risky since sizes can vary so much, and he’s probably already purchased the latest tech gear for himself. Before you pick up some knick-knack that he’ll never use, remember that spending some time with family is probably pretty high on his wish list. While you could go out to dinner, you’ll both have a lot more fun if you’re engaging in some physical activity. You’ll also have the added benefit of getting some great exercise. Men’s Fitness reported scoring a sweat session with a pal can boost your motivation and even increase your performance. Pick one of these six activities and you’ll get a killer workout while showing Dad a great time. Sounds like a recipe for a perfect Father’s Day.

Though shooting hoops is a team sport, picking one buddy to tag along means you can play some one-on-one, jump into a game with some fellow players at the gym, or just work on training together. iSport recommended training with a buddy because he’ll offer you encouragement and help develop your skills faster. If your dad isn’t in the greatest shape, you might want to stick with running drills. Embarrassing Dad on a day dedicated to him is not exactly a great way to kick off a celebration. STACK recommended a series of partner drills that work for nearly every skill level.

In addition to being fun, shooting hoops is a great exercise for your whole body. The Arizona Republic said a 165-pound person will burn around 600 calories after playing an hour of competitive basketball. The story also mentioned the sport develops mental skills that can improve your ability to make snap decisions. It doesn’t hurt that it’s also really fun. 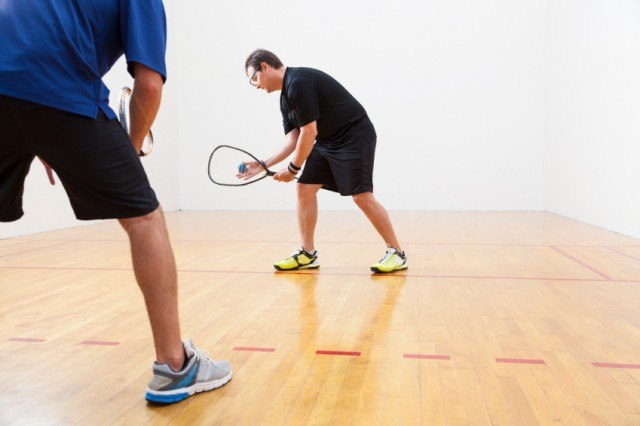 Tennis is one of the best sports for competitive men, especially if you’re already bringing along a partner. Unfortunately, it can be sort of a costly sport. That’s where racquetball comes in. Racquetball Challenge explained this partner activity is relatively inexpensive since so many gyms offer free access to facilities and rental equipment. Keep in mind you’ll most likely have to be a member before strolling in to play. Once you get over that hurdle, though, you’ll get to enjoy a game that’s pretty much built for two people.

Despite the relatively small court size, players can expect to shed plenty of calories from playing a 20-minute game. Livestrong explained many folks run more than 2 miles in that time, and burn between 600 and 800 calories. It’s also a great way to develop hand-eye coordination and build strength. Health Fitness Revolution listed social engagement as one of the top benefits of racquetball, so it’s a great way to reconnect with your dad. But remember, safety gear exists for a reason. Go ahead and don those goofy goggles with pride.

No matter where you live, it’s pretty likely you can find a Father’s Day road race near you. They span nearly every distance, too. You can take it slow and steady with New York City Runs’ Father’s Day Half Marathon in Brooklyn, New York, or jet through the City of Fort Collins’ Father’s Day 5K in Fort Collins, Colorado. If your nearest event is completely full, you can still enjoy heading out for a run with Dad. Don’t worry about varying paces, because Competitor.com explained going along with someone who’s faster can actually improve your performance. For the quicker of the two of you, taking it easier will offer a good opportunity to recover. If you’re both seeking a hard workout, head to the track. You can warm up and cool down together, but maintain your individual paces for intervals.

Apart from paying the occasional race fee, running is one of the least expensive sports there is. All you need are some decent clothes, a good pair of shoes, and a watch. That makes it a perfect activity to do with your dad since neither of you will be lacking any equipment. Hitting the pavement is also one of the best ways to torch calories. According to Livestrong, a 165-pound person will burn 126 calories in just 1 mile. Aside from waist-size, running helps out your health in a number of other ways. Runner’s World explained the activity strengthens joints and can boost your mood. Take Dad out for a run and you’ll both be healthier and happier.

If your Father’s Day plans include heading to the beach, you’ll want to get in on a few games of volleyball. It’s easy to hop right in, since many players happily accept new teammates to add a little more friendly competition. If you’re looking to build your father-son relationship, consider sticking to the same team instead of automatically going to opposite sides of the net. Health Fitness Revolution explained the sandy sport requires good communication in order to develop cooperation and leadership skills.

No one else at the beach? The two of you should still hit the net for a one-on-one game. USA Volleyball said working with a partner is a much better way to improve your skills than trying to practice alone. If you’re new to the activity, start out working together to keep the ball in the air. As you improve, you can begin trying to score points against each other.

Besides being a great partner activity, volleyball is an excellent form of exercise. Livestrong explained playing a 45-minute game can burn up to 585 calories while helping to sculpt your arms and legs. Make an afternoon of it, and you’ll reap even more benefits. 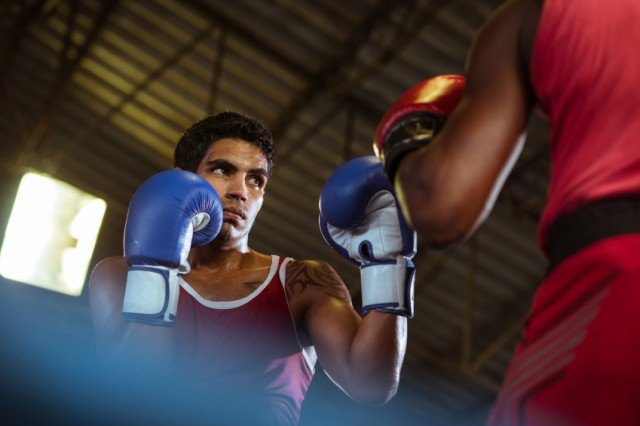 Effective conditioning for boxing includes incorporating activities like jumping rope and sprinting up hills. Though much of the training for this sport can be done solo, taking Dad to the gym with you is a good idea. ExpertBoxing said sparring with a partner is one of the best ways to train because it mimics fighting. And since your goal isn’t to knock each other out, you’ll be able to go for a lot longer than an all-out session with an opponent.

As far as fitness goes, boxing is one of the greatest combination workouts that sculpts your body while torching calories.  Livestrong said a man in his 30s will burn 243 calories from 30 minutes of punching a heavy bag, but an all-inclusive boxing workout of an hour can slash up to 800 calories. Good news if you’re after six-pack abs, because this workout will get you there quicker than just about anything else. Men’s Health explained the explosive movements engage just about every muscle in your core. All that hard work definitely deserves a cold beer. Cheers to Dad.