5 Global Holiday Breads and the Tasty Traditions Behind Them

Sweet breads and cakes are staples around the world during the Christmas season, but if “fruitcake” is the only association you have with these baked treats, you’re missing out. Globally, cultures bake cakes and breads in the spirit of holiday indulgence, with some traditional recipes dating back even thousands of years. Although the dishes vary widely in preparation and origin, each is flavored with its own festive medley of spices, nuts, fruits, and more.

Read on to embark on a world tour of holiday eats as we guide you through the tales of 5 traditional breads and cakes.

Stollen is a German Christmas bread packed with dried fruit and marzipan, then coated with sugar. The pastry’s ties to Christmas date back as early as the 15th century in Dresden, reports Stollen Online, but the snack wasn’t always as decadent as it is today. In its original form, Stollen was made without butter or milk in deference to a ban imposed on these substances by the Catholic church. Once the ban was lifted, the bread quickly became a hallmark of the holiday season’s indulgent celebrations.

Visit The Gumdrop Button for the recipe. 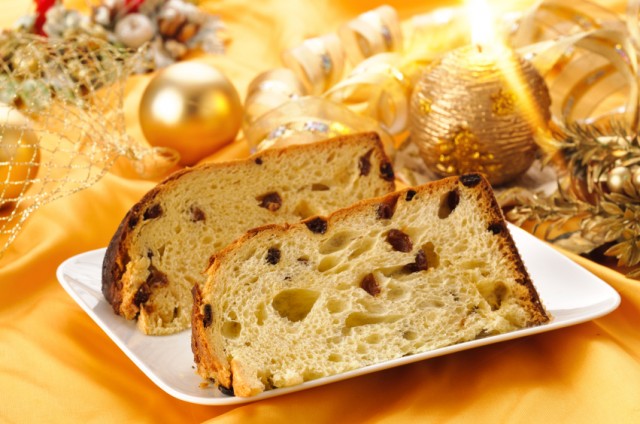 This Italian staple consists of a tall, light dough packed with candied fruits and raisins. The tradition of sweet holiday bread in Italy dates back to the Middle Ages, notes the website of the pastry maker Flamigni. But sources are conflicted over its origins. Was it inspired by rito del ciocco, a cake-like dessert enjoyed alongside an extra Christmas log on the fire, or was it a derivative of Italian Christmas wheat breads dating back nearly 1,000 years? One more colorful tale speaks of a servant who burned his master’s holiday cake. To avoid punishment, the servant baked his own stash of yeast and jammed it with candied fruits to serve guests.

Regardless of its true origins, Panettone’s widespread recognition really took off in the early 20th century in Milan, where a young baker named Angelo Motta gave the bread the tall domed shape it retains to this day — allowing the dough to rise three times before baking is the key to making an irresistibly light Panettone, writes the Italian/American Digital Project. 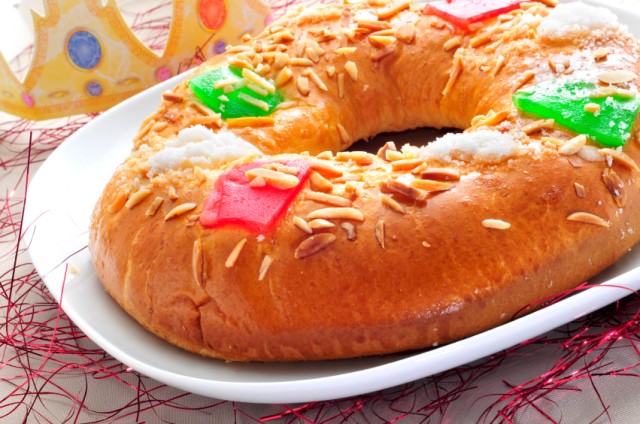 Mexican Rosca de Reyes is traditionally associated with January 6, El Día De Reyes, or The Day of Kings, which marks the culmination of the 12 days of Christmas. The celebration honors the three wise men who traveled to bring gifts to the infant Jesus. The Rosca de Reyes takes the shape of a ring to signify the crown of a king, writes Mex Online.

Per tradition, a trinket or small plastic figurine is placed inside the bread to represent the baby Jesus. The individual who finds the trinket in their slice is then obligated to host a gathering for Dia de la Candelaría, or Candlemas, celebrated on February 2. The bread is often flavored with vanilla and anise, while figs, quinces, cherries, and dried or candied fruits are used to decorate. 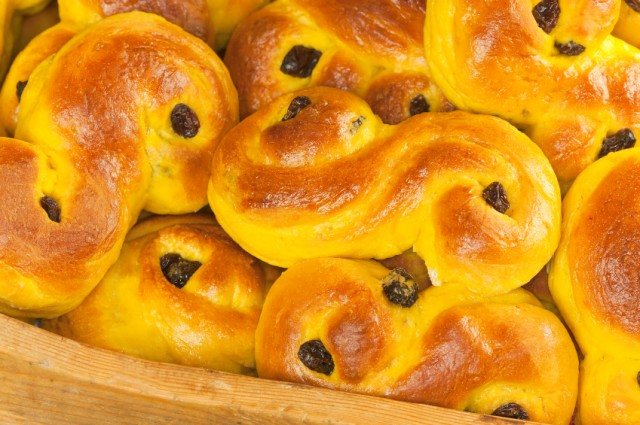 Scandinavian St. Lucia Buns offer a bright splash of yellow to the table due to the recipe’s inclusion of saffron. The dish is buttery, accented with raisins, and typically molded in an elegant S-shape for St. Lucy’s Feast Day, which falls on December 13. Despite their ties to this day in particular, the buns are enjoyed throughout Advent and the holidays as a whole.

Simply Recipes writes that on this day each year in Sweden, young girls are dressed up in white robes with red sashes, with one girl in each family being chosen as “Lucia,” wearing a crown of lit candles to befit the role of the saint. The eldest girl in each home dresses in this traditional garb and will customarily deliver coffee and St. Lucia Buns — also known as lussekatter – to her parents in the morning. You may not have yours hand-delivered to you on a platter, but we think you’ll enjoy these sweet buns just the same!

Visit Kitchen Apparel for the recipe. 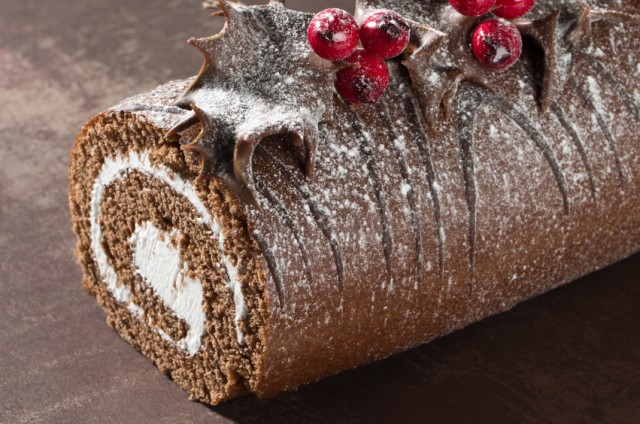 The History Channel notes that Yule Log traditions date back to Europe’s Iron Age, when celebrants would gather to honor the Winter Solstice at the end of December. To wipe the proverbial slate clean at the year’s end, families would decorate logs with holly and pinecones, then set the wood ablaze. The tradition continued under the advent of Christianity, and experts estimate that the first celebratory Yule Log cakes were baked sometime in the 1600s.

The confection grew to new heights of fame as bakers in Paris created elaborately decorated displays in celebration of this treat. The cake consists of a rolled sponge cake filled with buttercream frosting, then covered with chocolate buttercream to represent wood bark. Oftentimes, fondant mushrooms, pinecones, and ivy will adorn the exterior.

Visit Saveur for the recipe.