5 Healthier Junk Foods to Eat When You Have Cravings

Junk food is a nearly impossible habit to break. We know that we’re wired to want more salty, sugary, and fatty foods, but the industry has more tricks up its sleeve than just that. According to Michael Moss, the author of Salt, Sugar, Fat: How the Food Giants Hooked Us, it’s about satisfying mouth-feel and “sensory specific satiety.”

A company producing junk food spends a lot of money figuring out the formula for a recipe that doesn’t have one big, bold flavor but many little flavors that pique your taste buds. The idea behind this is the science of how your brain decides you’re done eating. A bigger, bolder flavor will trip the saturation wire, and your brain will say that you’ve had enough. With intriguing little flavors, though, you just keep eating.

These tricks that junk food companies employ give an unsettling truth to the Pringles catchphrase “Once you pop, you just can’t stop.” Trying to quit altogether will probably leave you binging later. Luckily, not all junk food is created equally. Rather than quitting cold turkey, switch your snack of choice to the ones here that are, believe it or not, better for you than the other alternatives. 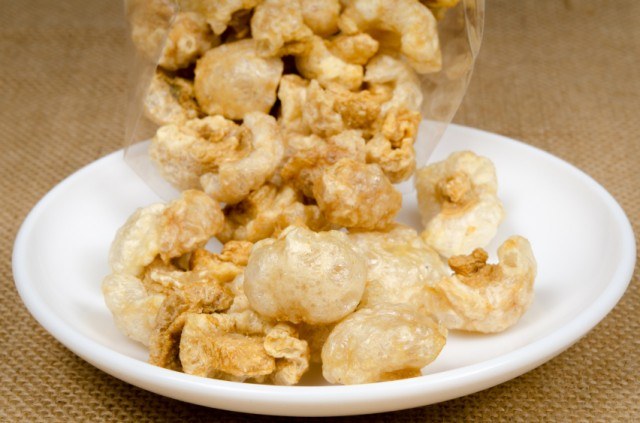 Dr. Jeff Volek lists pork rinds under foods that have been unjustly vilified in an article for Men’s Health. It’s easy to see why: They’re curlicues of deep-fried pig skin. The thing is, though, all of the “bad” is clearly visible, and it’s really not all that bad, considering its competition (we’re looking at you, Cheetos). A 1-ounce serving of pork rinds contains zero carbohydrates, 17 grams of protein, and 9 grams of fat. An ounce of potato chips, on the other hand, has 14 grams of carbs and only 2 grams of protein with 10 grams of fat. 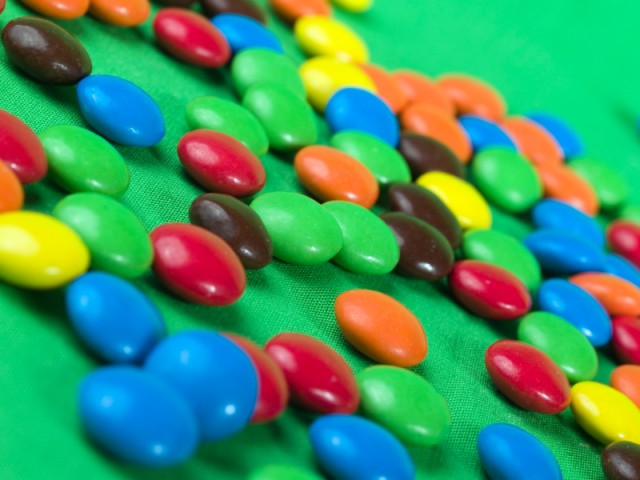 Yes, specifically the blue ones, and particularly if you’ve had a spinal cord injury. Women’s Health describes the positive effects chocolate has on the cardiovascular system, insulin resistance, stress levels, and blood flow to the brain. Dark chocolate does this best, but all chocolate has some of these effects. But why the blue?

A study published in the Proceedings of the National Academy of Sciences, according to Science News, found that the blue dye used in M&Ms and blue Gatorade could play a protective role in the aftermath of a spinal cord injury. It appears to block a molecule that floods the injury site and kills nerve cells.

Popcorn is divisive. It’s a great alternative for someone trying to quit potato chips and Cheetos, but it’s still not exactly health food. The thing is, though, it’s packed with fiber and polyphenols, which Shape points out are antioxidants that can protect against heart disease and certain cancers. In fact, research shows that popcorn has the highest polyphenol levels of all snack foods. If you can manage it, pop straight corn kernels instead of packaged movie theater popcorn. For a healthy, cheesy kick, sprinkle on nutritional yeast and get an extra boost of vitamin B12. 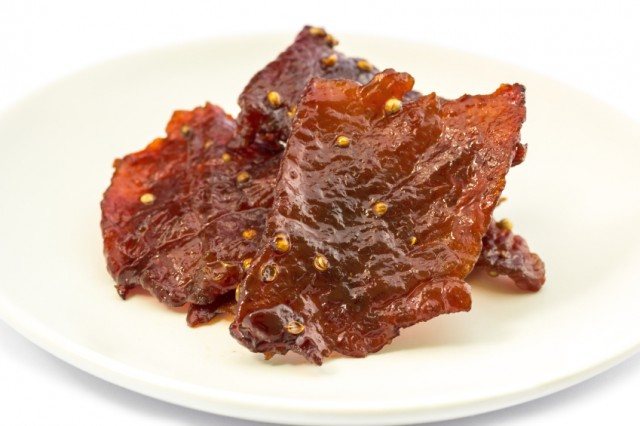 We tend to write off jerky as preservative- and nitrate-packed, salt-loaded gas station food you stop buying after you’ve emerged from your teenage years, but jerky is preferable to other junk food options. It’s a great source of protein, and it’s not just Slim Jims or bust anymore. Companies like Krave offer packaged turkey, beef, and pork jerky that’s free of hormones and nitrates, low in sodium, high in protein, gluten-free, and uses all-natural flavorings to produce jerkies like Black Cherry Barbecue, Chili Lime, Sesame Ginger, and Honey Peach Barbecue.

Cookies are junk food. It’s really hard to argue with that. Packaged cookies like Chips Ahoy and their ilk are usually loaded with things we don’t like to talk about, but Graham crackers were designed to be healthier. They were invented by Reverend Graham, who believed that a virtuous life started with virtuous eating, eschewing fat and refined flour.

According to The Atlantic, Graham developed his own process for milling flour, preserving more of the whole wheat. Though his crackers aren’t the honey-flavored and cinnamon-spiced cookies from Nabisco, they’re still made with whole wheat and contain less sugar and calories than their counterparts on grocery store shelves. If you’re craving a cookie, it’ll do the trick!