5 Hearty Bread Salads to Serve for Lunch or Dinner

Looking for a hearty salad to appease your appetite? Ditch the greens, and instead opt for one that is chock-full of chunks of bread. Not only does it give you an opportunity to put your stale bread to good use, but it also creates a salad that has a satisfying crunch and texture. Dressings, vinaigrette, and juices will soak into your bread pieces, ensuring your salad is filled with great flavor. Read on — you won’t want to miss these 5 bread salad recipes!

Chunks of salmon combine with crunchy ciabatta bread, tomatoes, capers, and lemon, creating a unique dinner dish that will fill you up. To prepare Food & Wine’s recipe, start by lightly toasting the ciabatta pieces; meanwhile, in a large bowl, toss the tomatoes with garlic, capers, lemon, parsley, pepper, and olive oil. Stir the mixture into the bread, and roast until the tomatoes begin to soften. Finally, add the salmon to the bread mixture, roasting for a bit longer, until the fish is just cooked. The end result is one that is fragrant, healthy, and delicious.

Directions: Preheat the oven to 450 degrees Fahrenheit. In a large roasting pan, toss the ciabatta chunks with 2 tablespoons of the olive oil. Roast for about 5 minutes, until the bread is lightly toasted. In a large bowl, toss the tomato halves with the garlic, capers, lemon, parsley, crushed red pepper, and 2 tablespoons of the olive oil; season with salt and pepper.

Enjoy a classic BLT sandwich in salad form with Cooking Light’s recipe. Chunks of French baguette are transformed into large croutons, and paired with bacon, lettuce, tomatoes, onions, and a zesty vinaigrette. Each serving has 315 calories, making this a great diet-friendly option to enjoy for lunch or dinner.

Directions: Preheat oven to 350 degrees Fahrenheit. Layer bread on a baking sheet; coat with cooking spray. Bake at 350 degrees for 18 minutes or until toasted. Cook bacon in a large nonstick skillet over medium heat until crisp. Remove bacon from pan, reserving 1 tablespoon drippings in pan. 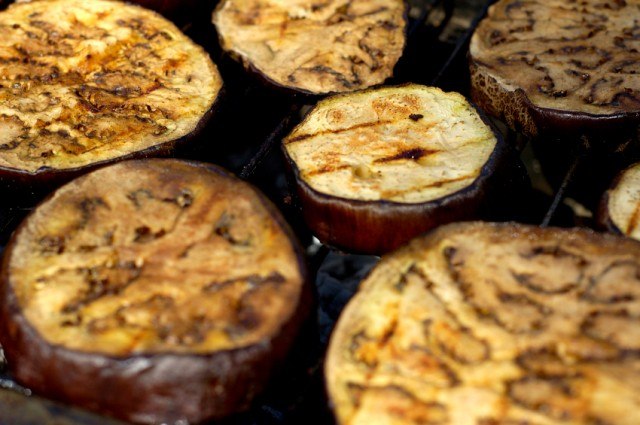 Filled with fresh, sweet, and smoky flavors, this dish will quickly become one of your favorites. Grilled eggplant and charred corn contrast wonderfully with basil and a tomato vinaigrette, creating a dish your dinner guests will love. Adapted from Dina Cheney’s cookbook, New Flavors for Salads, Williams-Sonoma’s recipe serves 6 to 8.

Grill the eggplant slices, turning once, until softened and grill-marked on both sides, about 12 minutes total. Transfer to a cutting board. Grill the corn, turning frequently, until charred in spots, 10 to 12 minutes. Transfer to the cutting board. Cut the eggplant slices into ¾-inch pieces. Using a chef’s knife, cut the ears of corn in half crosswise. Stand each half, flat end down, on a cutting board and cut the kernels from the cob. Alternatively, remove the kernels using a kernel cutter.

In a large bowl, combine the eggplant, corn kernels, the remaining 4 tablespoons basil, and the bread cubes. Pour in the tomato vinaigrette and stir well. Transfer to a platter or serving bowl and serve immediately. 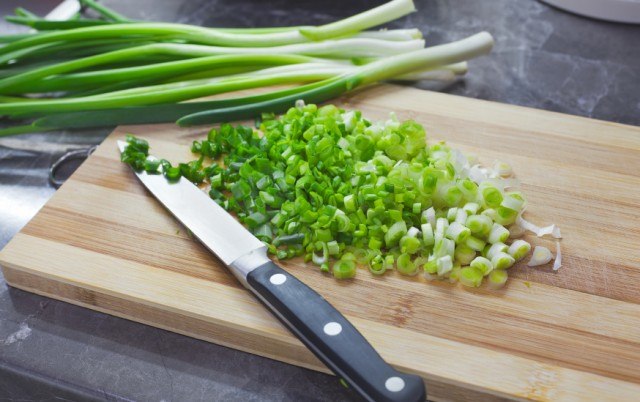 Perfect for potlucks, Taste of Home’s Chili Corn Bread Salad will feed (and fill up) a large crowd. It’s also relatively easy to make: Prepare the corn bread batter, stir in chilies, cumin, oregano, and sage, and bake. Crumble half of the corn bread into a dish, layer with beans, a mayo mixture, corn, tomatoes, pepper, onions, bacon, and cheese, repeat the layers, and cover and refrigerate for about 2 hours. The recipe makes 12 servings, but don’t expect to have many leftovers — this delicious dish will go quickly!

Directions: Preheat oven to 400 degrees Fahrenheit. Prepare corn bread batter according to package directions. Stir in chilies, cumin, oregano, and sage. Spread in a greased 8-inch square baking pan. Bake at 400 degrees Fahrenheit for 20 to 25 minutes or until a toothpick inserted near the center comes out clean. Cool.

In a small bowl, combine mayonnaise, sour cream, and dressing mix; set aside. Crumble half of the corn bread into a 13-by-9-inch dish. Layer with half of the beans, mayonnaise mixture, corn, tomatoes, green pepper, onions, bacon, and cheese. Repeat layers. Cover and refrigerate for 2 hours.

Simply Recipes shows you how to whip up a classic Tuscan bread salad, which takes advantage of superb summer produce. The bread absorbs juices from the tomatoes and cucumbers, ensuring every bite you take is bursting with fresh flavors. The recipe serves 6 to 8.