You don’t need refined and artificial sugars to satisfy your sweet tooth. Instead, say goodbye to unhealthy sweeteners and use natural alternatives to sweeten your coffee and tea, baked goods, and desserts. In addition to adding flavor to your sweets, treats, and drinks, these five natural sweeteners contain vitamins, minerals, and health benefits. It doesn’t get any sweeter than that!

Stevia is a sweet-tasting natural herb that is used in tea, coffee, and desserts. Rodale News explains that this no-calorie sweetener is extracted from the leaves of the stevia plant and comes in both powdered and liquid form. Live Science notes that stevia may help lower your blood pressure. Fit Day adds that stevia stimulates the production and release of insulin in the pancreas, which can help treat type 2 diabetes. This natural sweetener also contains several nutrients, including phosphorus, calcium, proteins, vitamins, magnesium, zinc, and sodium, according to Fit Day.

When baking with stevia, Livestrong suggests replacing every cup of sugar your recipe calls for with either 1 teaspoon of liquid stevia, ⅓ to ½ teaspoon stevia extract powder, 1 tablespoon concentrated stevia liquid, or 18 to 24 individual serving packets. Make sure you follow these measurements and don’t do a direct substitution; stevia is much sweeter than sugar, so you don’t need nearly as much. Something to keep in mind with stevia: Fooducate warns that you shouldn’t assume a product is natural just because it lists stevia as an ingredient. Products that include stevia may contain artificial ingredients, as well, so make sure you always read the labels. Whenever possible, get stevia in powder form instead of liquid. Fooducate notes that stevia’s powder form is typically less processed. 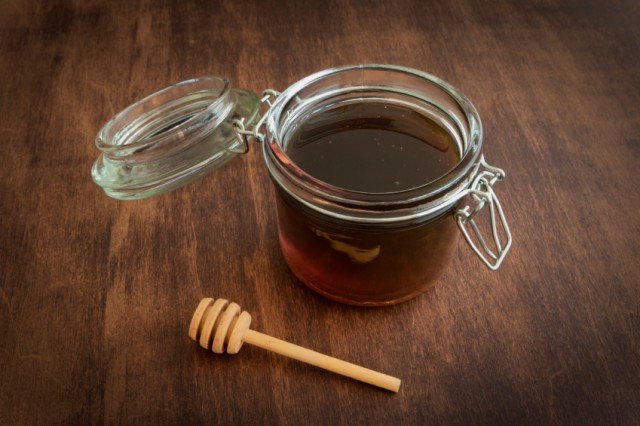 Blackstrap molasses, which has a toasty, slightly bitter flavor, creates subtly sweet and unique-tasting baked beans, homemade barbecue sauces, brown bread, and ginger cookies, according to Eating Well. Molasses, which is a byproduct of sugarcane processing, contains high levels of iron, calcium, copper, and manganese. In fact, a Demand Media article via SFGate states that one tablespoon contains 41 milligrams of calcium, 48 milligrams of magnesium, 293 milligrams of potassium, and 3.5 milligrams of iron.

A study published in the Journal of the American Dietetic Association revealed that when compared to conventional and alternative sweeteners, dark and blackstrap molasses have the highest antioxidant levels. When baking with molasses, Eating Well recommends replacing every 1 cup of sugar your recipe calls for with 1⅓ cups molasses. You should also reduce the recipe’s liquid by 2 tablespoons for each cup of sugar replaced, and lower the oven temperature by 25 degrees Fahrenheit.

If you’re in the market for a sweetener that’s chock-full of antioxidants, honey is perfect for you. Care 2 notes that honey contains flavonoids, antioxidants that may help reduce the risk of heart disease and some cancers. Furthermore, honey has a low hypoglycemic index, meaning it won’t send your blood sugar into overdrive. Mind Body Green adds that honey is packed with vitamins, minerals, and enzymes that help boost your immune system and protect your body from bacteria.

Ready to say goodbye to sugar and start using honey instead? Oprah states that there are more than 300 kinds of honey, ranging from blueberry to buckwheat. For the most flavorful and nutrient-dense honeys, aim for those that are darker. If you’re planning to use honey in your baked goods, Oprah recommends substituting ½ cup honey for every cup of sugar, reducing the liquid in the recipe by ¼ cup, and increasing the baking soda by ¼ teaspoon. To avoid over-browning, lower the oven temperature by 25 degrees Fahrenheit when baking with honey.

This natural sweetener can be used for making many baked goods, including breads, cookies, and cakes. Health notes that pure maple syrup is packed with polyphenols, which are plant-based compounds that work as antioxidants. In addition to making your baked goods taste delicious, you don’t need to worry about it having harmful effects on your body. “It’s less likely to cause indigestion, gas, and bloating, compared with processed sweeteners,” Andrew Gaeddert, author of Healing Digestive Disorders, told Health.

Maple syrup also helps with muscle recovery. Pop Sugar states that it’s a great source of manganese, a mineral that helps repair muscle and cell damage. It also contains many other key nutrients, including zinc, iron, calcium, and potassium. When baking with this sweetener, Tablespoon suggests replacing 1 cup of white sugar with ¾ cup of maple syrup and reducing the recipe’s liquid content by 3 tablespoons for every cup of maple syrup used.

Sugar alcohols such as xylitol, sorbitol, and erythritol are natural sweeteners that contain fewer calories than regular sugar, about 2 calories per gram on average, explains the Mayo Clinic. Unlike other sugars, these sweeteners, which are made through corn or sugarcane’s fermentation process, don’t play a role in tooth decay and cavities. In addition, the Mayo Clinic notes that while sugar alcohols can raise your blood sugar levels, they won’t impact your blood sugar as much as other sugars — this is because your body doesn’t completely absorb sugar alcohols.

In order to avoid eating sugar alcohols that have been genetically engineered, Rodale News recommends choosing organic versions, or ones that have been derived from non-corn ingredients. Also, don’t overdo it with sugar alcohols: The Mayo Clinic warns that when eaten in large amounts, typically more than 50 grams, they can have a laxative effect. Your baking ratios will vary depending on the sugar alcohol you use and the desired sweetness you’re hoping to obtain. Chow writes that when baking with erythritol instead of sugar, you can use a one-to-one ratio. If you like things on the sweeter side, add up to 25% more — erythritol is less sweet than sugar.