5 Parchment Paper Recipes That Are Easy to Clean Up After

Cooking meals at home is one of the best ways to save money and get some nutritious eats, but it can take a little bit of time. While many enjoy, or at least don’t mind, some chopping and sautéing, no one is particularly thrilled with the pile of dirty plates and pots waiting at the finish line. Those without a dishwasher have to invest a fair amount of time scrubbing cooking vessels, and they probably aren’t getting them completely clean anyway. But you can cut down on your dishes by using a classic French technique, and all it takes is a roll of parchment paper. These five recipes show how simple it can be. No more greasy pans, and no more pruny fingers.

It might sound unusual, but baking eggs in parchment is pretty similar to baking them in ramekins. Scaling Back Blog’s recipe combines hearty kale and mushrooms with the goodness of a perfectly soft-cooked egg in this delicious recipe. The yolk acts as a natural sauce that makes the veggies even tastier. Packed with fiber, vitamins, and protein, it’s also an incredibly nutritious dish.

These packets make a beautiful meal to serve for a relaxed brunch, but they can also be practical for weekday breakfast if you plan ahead. Assemble the packets, and store them int the fridge. Just preheat the oven when you wake up, and then pop one in the oven while you’re getting ready. You’ll have a gourmet breakfast in no time.

Directions: Preheat oven to 375 degrees Fahrenheit. Make 2 parchment packets by folding two large squares of parchment in half. Cut each into a semicircle that’s elongated to a point on one end. It should form a heart when you unfold the paper.

Lay each piece of parchment on a rimmed baking sheet, and rub with a bit of olive oil. In a large bowl, combine kale and mushrooms with 1 teaspoon oil. Season with salt and pepper, to taste. Toss mixture to coat, then divide mixture between the two parchment packets, staying to one half of the creased sheets. Create a divot in veggie mixture on each piece of parchment. Crack an egg into both wells, and season with salt and pepper. Lay a few slices of meyer lemon around the egg, then seal the packets by folding and pleating the edges. Bake 7 to 8 minutes, until whites are set, but yolks are still runny. Serve at once.

Plenty of Asian dishes look to steaming as a delicate cooking method that yields perfectly prepared veggies and proteins. Many of those recipes call for an elaborate basket setup, though. These aromatic shrimp from Fine Cooking use parchment to steam the food with a low-maintenance oven method instead. Start by whisking together a simple hoisin and lime juice sauce, then toss it onto some seasoned shrimp and bok choy. Layer the ingredients in the packets, seal, and then bake. With plenty of delicious sauce, be sure to serve this dish with rice or noodles to sop up every delicious drop.

Directions: Position oven racks in upper and lower thirds of oven and preheat to 375 degrees Fahrenheit.

Cut four 15-by-24-inch sheets of parchment paper from roll. Fold each sheet in half to form a 15-by-12-inch rectangle. Draw a half heart on each, centering on folded edge, then cut out the hearts.

In a small bowl, combine soy sauce, vinegar, hoisin sauce, lime juice, sesame oil, and honey. In a medium bowl, toss shrimp with ginger, garlic, and half of soy mixture. In another bowl, toss bok choy with remaining soy mixture, scallions, and cilantro.

Unfold parchment sheets and arrange on a work surface. Brush inside with a bit of oil, leaving a 3-inch border. Divide bok choy among sheets, arranging on one half, and arrange shrimp on top of bok choy. Pour any reserving sauce from each bowl onto packets. Fold empty side of parchment over top, then seal by folding and crimping the edges, overlapping as you go. Finish by twisting the tip.

Take the guesswork out of cooking fish with Martha Stewart Living’s easy salmon pouches. Just layer some lightly dressed veggies with the fish, then drizzle in a little bit of water before closing the packets. The gentle heat of the oven will ensure you get perfectly cooked fish and vegetables every time. The water helps to create steam, but you can boost the flavor even more by using white wine or vegetable stock instead. And feel free to use other vegetables as well. Just make sure you stick with something that cooks quickly.

Directions: Preheat oven to 400 degrees Fahrenheit, arranging racks in upper and lower thirds of oven. Cut four 12-by-17-inch pieces of parchment paper from a roll. Fold each in half, lengthwise to make a crease, then unfold, and lay flat. Toss mushrooms with asparagus, scallions, and oil in a large bowl. Season with lemon zest, salt, and pepper. Toss to combine.

Remove asparagus from bowl, and divided among one half of each parchment piece. Top each with a piece of fish, then divide mushroom mixture on top. Drizzle each with 1 tablespoon water. Close packets by making small overlapping pleats to seal on all sides. You will end up with four semicircle shapes. 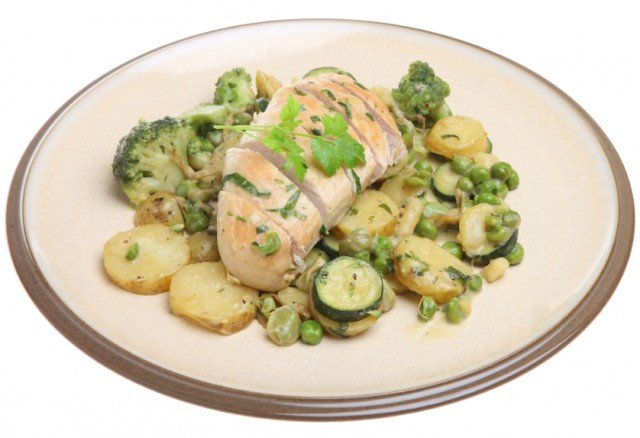 The award for most elaborate steamed poultry preparation probably goes to Guy Savoy in Las Vegas, where the restaurant presented a delicately cooked guinea hen inside of a pig’s bladder. While that would be a memorable meal, it’s not exactly practical for home cooking. This parchment steamed chicken from Williams-Sonoma makes a pretty good substitute, though. And this dish comes complete with potatoes and peas, making it an all-in-one meal.

Directions: Using a meat mallet, or a heavy skillet, pound each chicken breast half until flattened to ½-inch thickness all over. Season with 1 teaspoon salt and ½ teaspoon pepper.

Preheat oven to 400 degrees Fahrenheit. In a small bowl, stir butter, mustard, tarragon, and shallot. Season with salt and pepper.

Cut four 12-by-15-inch rectangles of parchment paper. Lay one piece on work surface, long side facing you. Fold in half crosswise. Crease 1 inch on three open sides of the fold. Use scissors to trim 2 inches from the two open corners.

Repeat with remaining parchment, then unfold, and place a chicken breast half on one side of each. Layer one-fourth of butter, one-fourth of potatoes, one-fourth of peas, and 1 tablespoon wine on each. Season with salt and pepper.

Fold empty halves of parchment over, then make a series of small folds, crimping and curving as you go, to create a tight seal. Transfer packets to rimmed baking sheet. Bake until packets puff, about 20 minutes. Test for doneness by pressing flesh of chicken with your finger. It should spring back.

Transfer packets to plates, and serve. 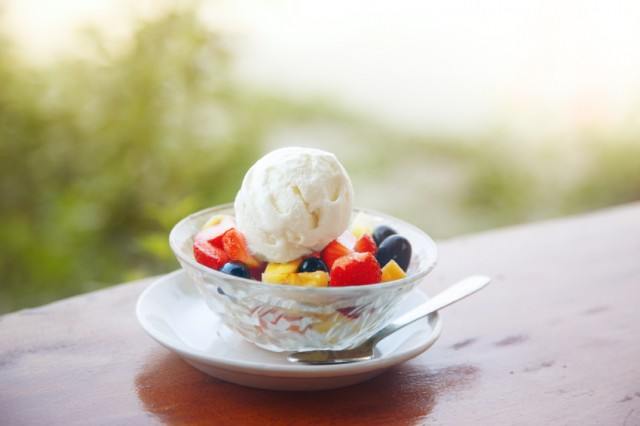 While parchment paper is usually used for lining cake pans in pastry preparations, it’s also a spectacular vehicle for cooking fruit. This bright recipe from La Tartine Gourmande tastes like a warm version of the best fruit salad you’ve ever had. The combination of stone fruit, berries, and cherries makes for an unbelievable collection of flavors, but you can substitute different fruits depending on what’s available.

The lemon balm leaves deliver an herbal flavor that’s pretty hard to beat, but feel free to leave them out if they’re tough to track down. You could also swap in another herb, like chervil or tarragon. As for presentation, serve this dessert right out of the parchment. Bring the packets to the table and let everyone cut theirs open and top with a scoop of ice cream.

Fold each papillote securely, starting lengthwise, then folding each end, crimping to seal edges. Bake packets for 20 minutes. Remove from oven, and let rest 10 minutes. Cut open, and top each with a scoop of ice cream. Serve immediately.