5 Signs That a Restaurant Could Give You Food Poisoning

The Centers for Disease Control (CDC) estimate that each year, roughly one in six Americans — or 48 million people — get sick from a foodborne illness. Some of these illnesses only last a few days — the person has symptoms and feels absolutely dreadful, but the sickness subsides in a relatively short time period. Other foodborne illnesses are more severe. These are the cases where a person ends up in the ER, or even worse.

Each year, around 128,000 people are hospitalized because of food poisoning, and around 3,000 people die.

Now of course some of these cases happen at home, but a 2014 study by the Center For Science in the Public Interest found that you’re twice as likely to get food poisoning when eating at a restaurant than you are when eating at home.

For this report, the Center for Science in the Public Interest (CSPI) analyzed 10,409 foodborne disease outbreaks reported to CDC that occurred between 2002 and 2011 … CSPI analyzed the locations where outbreak-associated contaminated foods were eaten. Not all outbreaks analyzed for this report had location information, but among those that did, the largest numbers were caused by foods eaten at restaurants, nearly twice the number caused by foods eaten at home. Outbreaks with the largest average number of illnesses occurred in group settings. 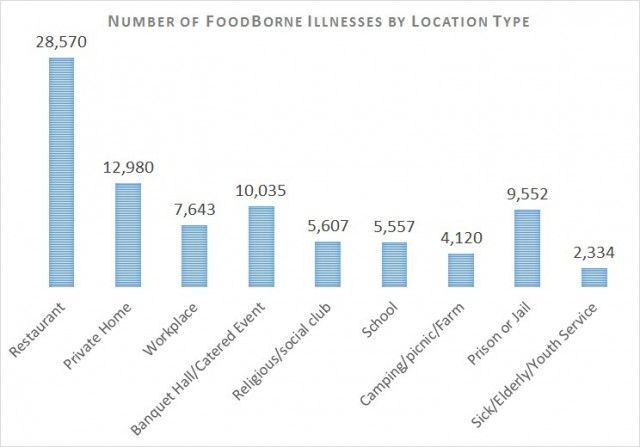 So, we know that eating at restaurants is not only more expensive in most cases, but it may also pose more of a risk in terms of food safety than eating at home. So, what can we do to make for a safer restaurant experience?

Using information we’ve gathered from waitresses and restaurant kitchen staff, we’ve created a list of things to watch out for in restaurants. If you see these red flags, it’s best to walk out the door and go somewhere else, because it’s better to be safe than sorry.

1. Tables and booth seats are “sticky”

When the hostess seats you at your table, look out for dirt and debris on the booth, floor, and surrounding areas. This could be a sign that the staff fails to take pride in the level of cleanliness in the establishment. Now, there are some rare instances when a restaurant is just slammed, and because they’ve been jam-packed with customers all day, they’ve gotten a bit behind on their work.

But, you can generally tell the difference between a busy restaurant and one that hasn’t been cleaned properly in quite some time — seats, walls, and tables look as though they’re covered in a film, and you may even feel kind of dirty after sitting there.

Restaurants that detail clean will have clean menus, condiments, and carriers for these items. If you notice these tabletop items are covered in ketchup, sauce, or general filth, this could be a bad sign.

If the staff neglects to attend to these cleaning duties, it’s unlikely that management forces kitchen staff to thoroughly clean the kitchen, or pay attention to the vital details that can mean the difference between food safety and food poisoning.

A dirty bathroom is not only gross, it can make for a completely uncomfortable experience. As you try not to touch anything, and you make sure that you have a paper towel between your hand and the door handles, faucet handles, and pretty much everything in the unclean potty, you may wonder what type of staff would allow a bathroom to get so gross.

A poll by Harris Interactive and SCA Tissue North America found that nearly nine out of 10 restaurant patrons (88%) think that a dirty bathroom is a sign of an all-around dirty establishment. And, 29% of patrons say they’ll never come back to a restaurant if it has a dirty potty.

This is a legitimate concern, as again, the condition of areas you can see in a restaurant say a lot about the areas you can’t see.

If you see a restaurant staff that is loud, obnoxious, cursing, or fighting, do you think it’s safe to eat at that establishment? Well, this is yet another instance where it’s better to just go somewhere else and be safe rather than sorry. Unprofessional staff behavior indicates that the staff — and management — don’t care about the quality of their work, their product, or their craft. 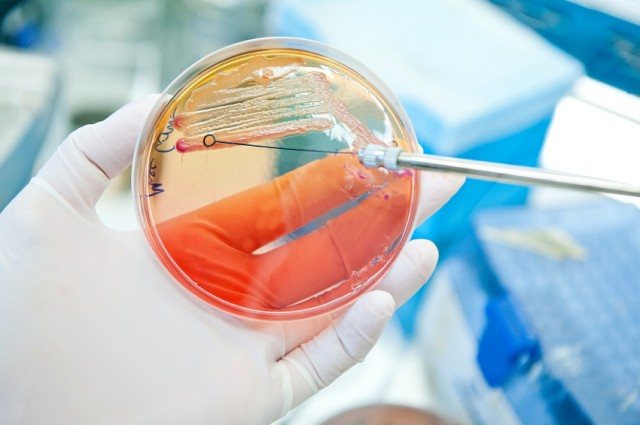 A restaurant generally doesn’t have to score a perfect 100% to pass a health inspection. The requirements for a “passing” grade vary by location, but in most cases, a restaurant has to conspicuously display its most recent inspection results. If you don’t see them posted inside the establishment, they should be available online.