New research is showing that proper nutrition may have more to do with our wellness than we previously thought. Eating a balanced diet can help prevent dementia, Alzheimer’s, and cognitive decline. Here are five ways proper nutrition can slow aging. 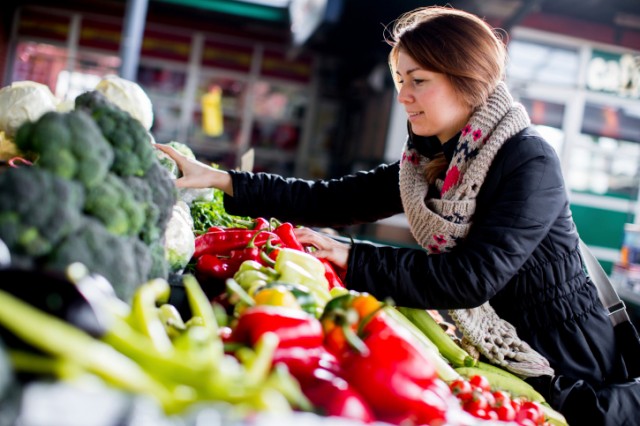 Brand new research is proving that a diet rich in vegetables, fruits, nuts, fish, and olive oil — dubbed the Mediterranean Diet — prevents certain aspects of aging. When the New England Journal of Medicine randomly selected participants to follow a Mediterranean Diet, they found that those that did had 30% fewer heart disease deaths, strokes, and heart attacks than those randomly assigned to a generic nutrition group.

However, aging doesn’t just involve the body; it also impacts the mind. Dementia and cognitive decline can occur as you age, but you can use nutrition to your brain’s advantage. Neurology reported that those who followed the Mediterranean Diet closely were 19% less likely to encounter issues with thinking and memory skills.

What’s so healthy about the Mediterranean Diet? It’s the moderate, plant-based approach. Science has backed whole foods for several health reasons, but some stars of the Mediterranean meal plan — fish, legumes, fresh fruits and veggies — hold the key to anti-aging.

According to a study published in Alzheimer’s & Dementia, the MIND diet can slash your Alzheimer’s risk by 35% and decrease cognitive decline up to 53%. Those who only moderately stuck to the Mediterranean and DASH diets did not see their Alzheimer’s risk decrease. If you enjoy your cheat days, you’ll be happy to know that participants who moderately followed MIND still saw their risk drop by 35%.

Ditching animal products is often recommended for weight loss, IBS, to clear up skin issues, and to combat heart disease. Adopting a plant-based diet has also been proven to slow down the aging process. A study completed by the Preventive Medicine Research Institute and the University of California found that participants who adopted several healthful lifestyle changes for five years showed changes that indicated their cells would have a longer lifespan. Although it’s not quite a restart button, removing meats and dairy from your diet gives your body’s cells a chance to refresh. 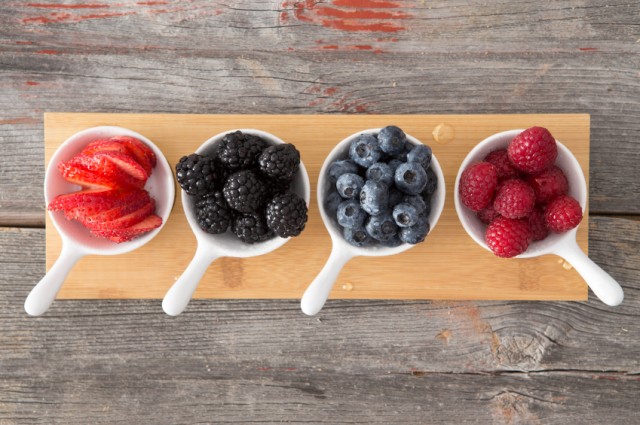 Fruit has an undeserved bad rap. Yes, fruit contains sugar, but it’s natural and it contains fiber, water, and plenty of minerals. Women have known about the wrinkle-fighting powers of fruit for quite some time, but fruit is also a brainpower superstar.

Multiple studies completed by Tufts University have concluded that blueberries are effective in improving or delaying short-term memory loss. Other research found that along with blueberries, strawberries, and blackberries also help prevent age-related memory loss. Lycopene, found in tomatoes, could help protect against the kind of free radical damage to cells, which occurs in the development of dementia, particularly Alzheimer’s.

In addition to a diet rich in fruits and vegetables, your body needs healthy fats — some of these do a better job than others in the aging department. Olive oil is consistently praised for its health benefits. As a healthy fat, it has long been proven to defend against cardiovascular disease, diabetes, cancer, rheumatoid arthritis, and other diseases. And now, scientists have linked oleocanthal (naturally found in extra-virgin olive oil) to a reduced risk of Alzheimer’s disease, the sixth leading cause of death in America. Nuts are another way to incorporate healthy omega-3 fats into your anti-aging diet. Most nuts are also good sources of minerals, such as potassium, magnesium, iron, zinc, copper, and selenium.

Because of the natural abundance of omega 3’s in fish, they’re a great addition to slow degeneration. They’re also rich in other nutrients such as vitamin D and selenium, and high in protein. According to the Harvard School of Public Health, “Eating fish once or twice a week may also reduce the risk of stroke, depression, Alzheimer’s disease, and other chronic conditions.” Consuming fish does come with inherit risks, mainly due to conditions at commercial fish farms. If possible, opt for wild caught fish to avoid contaminants. With all of these options for good fat, it’s easy to go overboard. Beware of your fat intake. Even healthy fats can become unhealthy if you eat too much.