Roll into any American town and you’re likely to encounter a shop selling that sugared morning treat — the donut. Fried, baked, sprinkled, glazed, or plain, the humble donut can bring together cross-sections of society, drawing locals, tourists, blue collar workers, and soccer moms together all seeking to find that perfect bite of dough. As a result, there are more outstanding options when it comes to grabbing a donut in America than we can keep track of.

On “best of” lists, Chicago and New York locations continually dominate the top spots — and while these are accolades are certainly deserved, the cities could also support entire donut lists on their own. So we were aiming for something a little different. Instead of Big Apple and Windy City shops, we wanted to feature other top ranked places where you’ll find delightful, delectable, decadent, desirable donuts. Since National Donut Day falls on Friday, June 6, here are six shops that do just that. 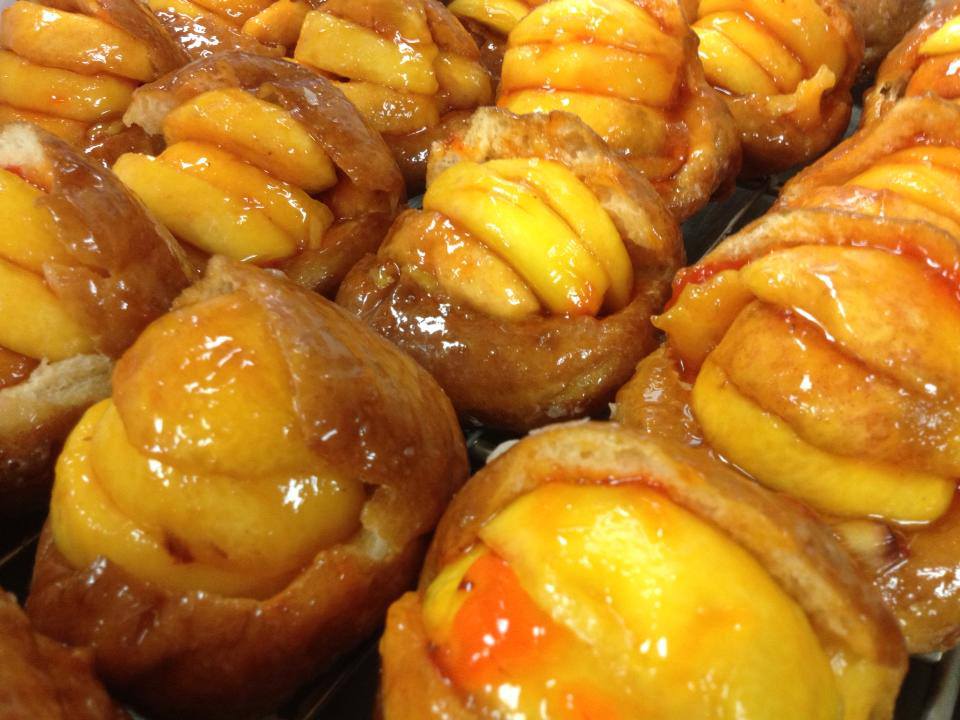 The Travel Channel‘s George Motz gave The Donut Man a spot on his list of five favorite donut shops in America. Located in Glendora, California — about 23 miles outside of downtown Los Angeles – The Donut Man has been serving freshly made donuts to customers for over 40 years. No matter when your donut cravings start to kick in, you’ll be able to enjoy one of the stand’s creations because it is open 24 hours a day. The strawberry donut is among the options that have made the shop famous, and was singled out by Motz in his list. Why? The donut takes its glazed donut, stuffs it to capacity with fresh strawberries, and finishes it off with a homemade strawberry glaze. Similarly, the shop specializes in a peach version but also has an outstanding reputation for its twisted “Tiger Tail” donut. 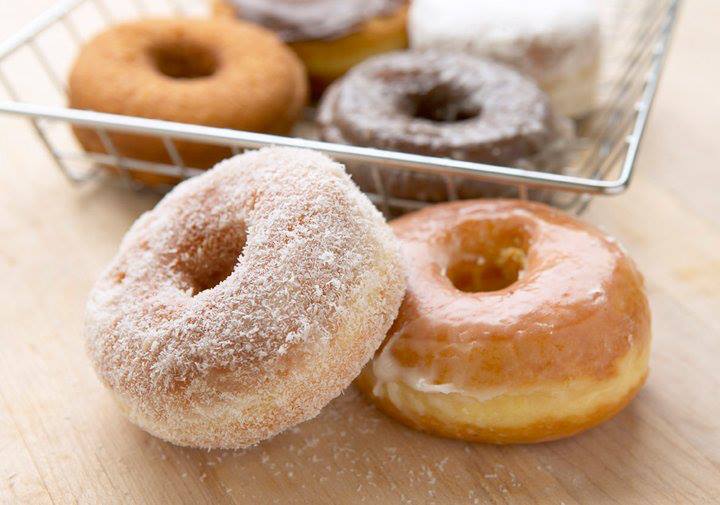 Featured in places like Travel + Leisure and Bon Appétit, Kane’s Donuts has been in the donut making business since 1955. Originally owned by Bob and June Kane, Peter and Kay Delios purchased the shop in 1988, according to One New England, and then passed it along to their children. One of their children, Paul Delios, explained  just what goes into a donut from Kane’s. “All of our donuts are homemade on the premises daily using the finest local ingredients. We buy our flour from the nearest mill and our dairy from the nearby farms,” Delios stated. “You really can taste the difference over mass produced donuts and there is certainly an appeal of our ‘Mom and Pop’ style.” As a result, the menu is constantly changing but some seasonal favorites — like pumpkin and s’mores flavors — make seasonal comebacks. 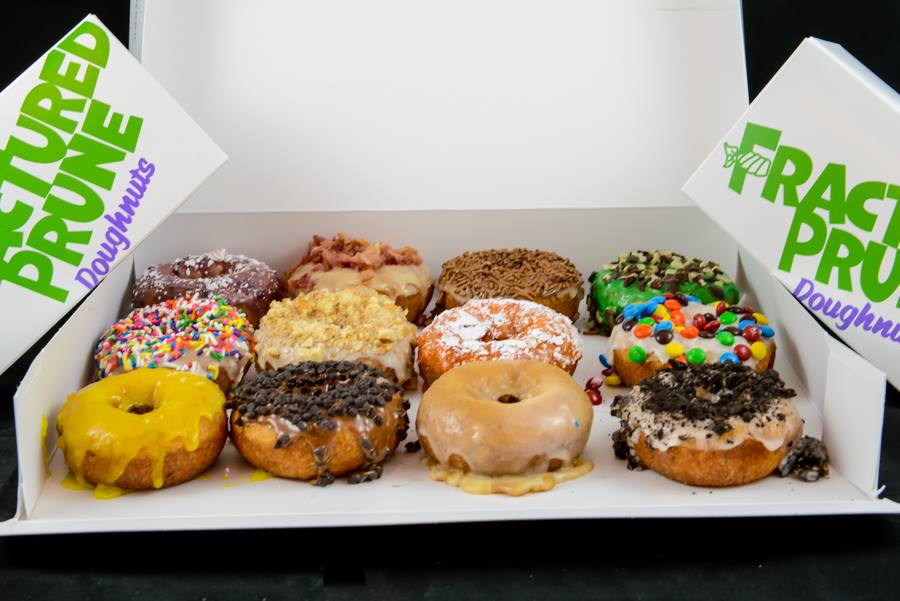 Highlighted on Food Network’s Unwrapped, visited by Roker on the Road, and featured in numerous publications, The Fractured Prune started in 1976 and gives patrons the ability to customize their orders based on type of donut, glaze, and toppings. The majority of the shop’s locations are in Maryland, but expansion into other markets has occurred through franchises — meaning you can try this Ocean City institution when you’re in: Delaware, New Jersey, Pennsylvania, Arizona, Utah, and Minnesota as well. More shops are on the way, according to The Baltimore Sun. The Fracture Prune plans on opening 50 new stores between 2013 and 2016. There you can sample a margarita flavored donut, take on the Peppermint Patty, or put in a personalized order. “Being hot, fresh, made-to-order and customized is hitting a trend line not only in our little doughnut world, but in the food industry in general,” CEO Dan Brinton stated. “People love customization.” 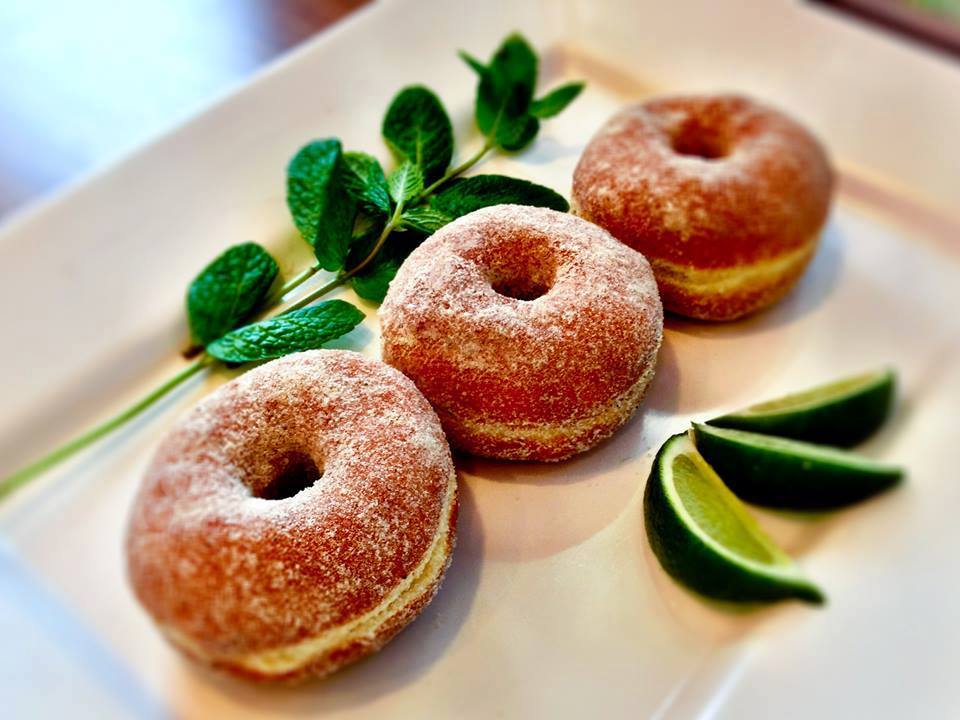 Compared to other locales on this list, Frost is a newcomer to the game, first opening in 2009 with the self-proclaimed goal of creating “the best doughnuts anyone has ever tasted.” A CBS affiliate in Seattle said the donuts there are the “freshest and most unique” in the area, while Daily Candy has featured it on a list of best donuts in the country for the sophisticated, gourmet donuts produced by the bakers. Since 2009, it has consistently been ranked as one of the top places in Western Washington to grab a donut — generally only losing out to the very well known Top Pot Doughnuts. Certain donuts, like the Smoky Bacon Maple Bar, are available on a daily basis while others, like the cinnamon-cayenne Aztec Chocolate, can only be enjoyed on designated days. You may want to plan accordingly. 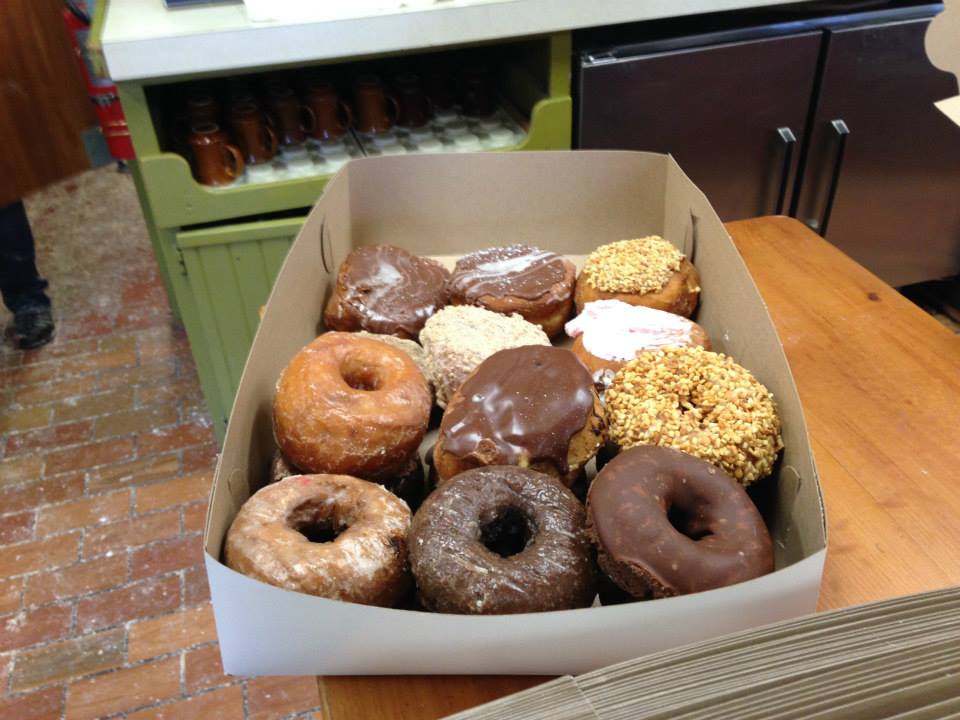 Saveur placed Sweetwater’s in its top 50 list for selling “the fluffiest crullers and craveable chocolate clouds.” Separately, the publication stated that one hasn’t “had a real doughnut until you’ve had one from Sweetwater’s Donut Mill in Kalamazoo, Michigan.” Another shop that is open 24/7, visitors can indulge in donuty goodness whenever their heart’s desire. John “Gonzo” Gonzalez, a writer for MLive, ranked it second in the state for donuts — determining that Hinkley Bakery warranted the top spot. Gonzalez, like Saveur, had only accolades for the chocolate cloud. “Must-have items: The Chocolate Cloud, one of the store’s top sellers, has a vanilla cream in the middle that blends well with yeast doughnut,” he wrote. The original opened in 1983 on Stadium Drive, and later added locations in Battle Creek (1986) and Sprinkle Road (1989.) 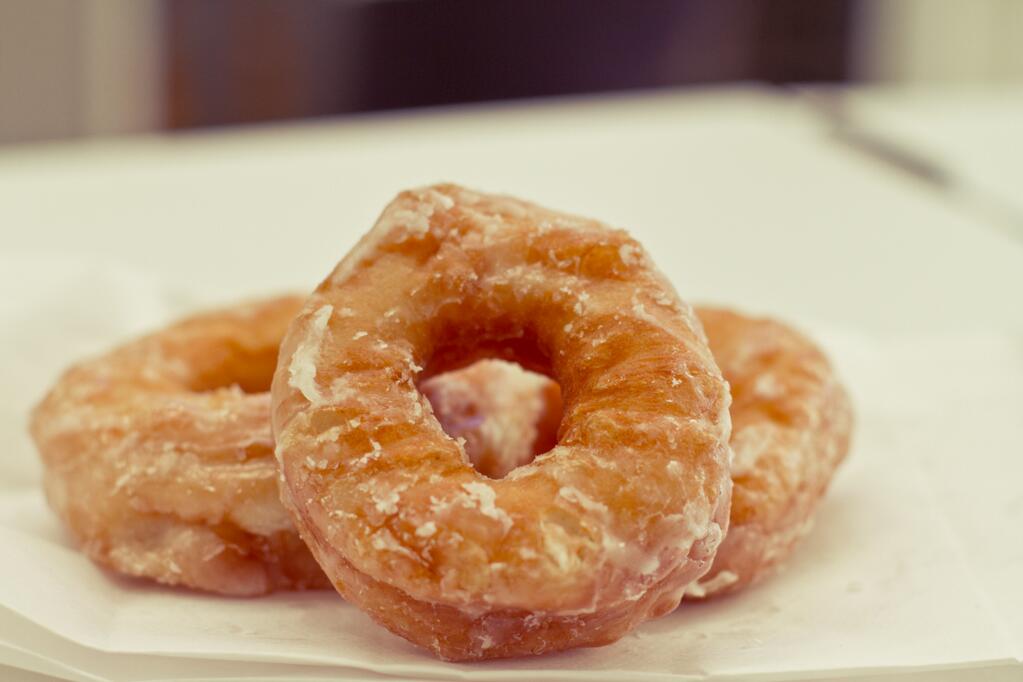 Rounding out this list of six is a place that in many ways is the opposite of our first featured location. Unlike at The Donut Man, a donut from Britt’s is not available whenever you want it. Scents of warm sugar and freshly baked dough will only waft along the Carolina Beach boardwalk between April/May and September. Don’t expect seasonal variety — or any variety for that matter either. The menu has been exactly the same since the shop opened in 1939, or as owner Bobby Nivens told WWAY ahead of this year’s opening, people can expect “the choice of glazed donuts or glazed donuts.” But these aren’t your average glazed donuts. They are melt in your mouth, light, fresh, and always warm glazed donuts — which is probably why the shop has been featured in USA Today, profiled by The Oxford American, and ranked with other leading shops nationwide by The Daily Meal.