Cooking on a budget is a reality for many people, but it can lead to bland meals of plain fried eggs and buttered pasta. Luckily, even one extra ingredient can liven them up into something you can really look forward to tucking into. There are things you can add, like caramelized onions, that seem fancy but are nothing more than onions sliced and cooked down for half an hour. These can transform pastas, soups, rice dishes, and homemade pizzas, but they take a lot of an ingredient that can be in short supply: time. Instead, these 6 ingredients can save your sad, near-flavorless budget meal, turning it into a weeknight star.

A bottle of low-sodium soy sauce is a little like Mr. Fantastic: It can stretch a lot and make a big difference. Because it contains a lot of glutamates, a naturally occurring amino acid responsible for intense savory and meaty flavors, a dash of soy sauce can deepen the flavor of pretty much anything it comes in contact with. With just a tablespoon of soy sauce, ground beef can become even beefier. Tomato sauce, which can benefit from long cooking and meat to deepen the flavor, is transformed by a dash of soy sauce: Quick-cooked or jarred tomato sauce tastes like it was cooked for much longer, hitting the same notes as a meat sauce but skimping on the extra expense of actually adding meat. Try adding it to chili for the same effect — especially if it’s a bean chili, lacking the glutamates found in beef.

Soy sauce also makes both a great marinade and a cheap, homemade teriyaki sauce. In this recipe from The Food Network, ½ cup of soy sauce is blended with a tablespoon of brown sugar for balance, ginger and garlic for flavor, and thinned with water (sweet rice wine optional) to make a quick, easy sauce for a stirfry. As a marinade, soy sauce serves two functions: It flavors the meat, but the acids also help to tenderize the meat and lock in its natural juiciness. A soy marinade like this one from Shockingly Delicious works for beef, chicken, pork, fish, and even vegetarian proteins like tofu. Between better flavor and better mouthfeel, a good marinade can really save a cheap cut of meat, transforming it into something of seemingly higher quality. 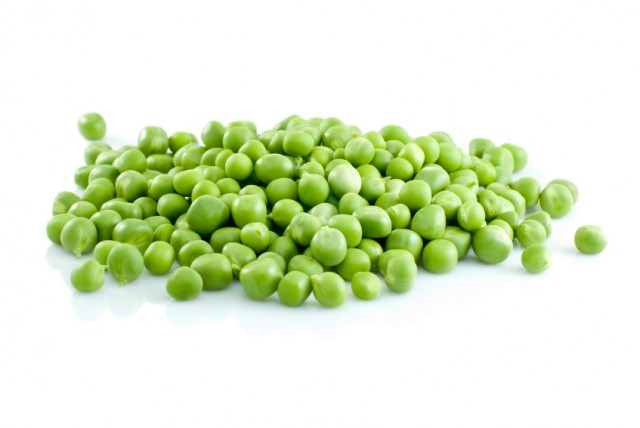 Or frozen corn, or other frozen vegetables. Fresh peas are incredibly labor intensive to harvest and they have a very short shelf life, making them more expensive to get to market and a risky crop for most grocery stores to sell. Frozen peas, though, are flash frozen right in the field, preserving their freshness and extending their shelf life almost indefinitely, as long as they’re kept frozen. A handful adds color and nutrition to meals made of cheap staples.

Have a bag of rice? A plain bowl of rice is a sad meal, but add a little sautéed onion and a handful of peas, maybe some cheese if you have it, and you have Food52’s Aristotelian Rice and Peas, a classic Italian meal. Dump some frozen vegetables and a can of tomatoes into beans and you have vegetable chili. Add frozen peas to a box of pasta, maybe with some leftover bits of chicken or white beans or bacon like in this recipe from Jamie Oliver, and you have a well-rounded meal.

When buying frozen peas, pay attention to clumping. A block of peas means that they’ve been thawed and refrozen, which can lead to mushy peas — and no one likes mushy peas. 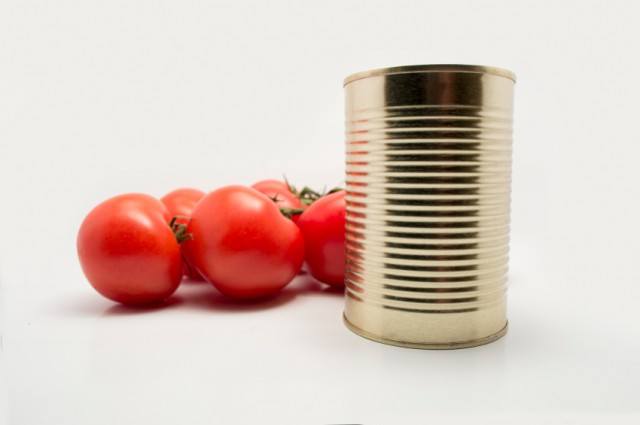 If you buy jarred tomato sauce or make chili with any frequency, start buying canned tomatoes instead. They’re way more versatile, cheaper. From canned tomatoes, you can make tomato soup like this tomato and lentil soup from The Cheap Recipe Blog, which clocks in at $2.53 for the whole pot.

Almost every culture has a version of eggs baked in a spicy tomato sauce; the Italians call it eggs in purgatory, while it’s known as shakshuka in the Middle East. This recipe for shakshuka from Paleo Leap doesn’t include feta cheese, though a lot of recipes do. Marcella Hazan has a 3 ingredient tomato sauce that couldn’t possibly get any easier but tastes incredible: 2 cups of canned tomatoes with their juices, 5 tablespoons of butter, and 1 onion, peeled and cut in half. This one by way of The New York Times takes about 45 minutes and it’s worth every second, especially since most Italian red sauces are simmered for hours, but if you’re in a real time crunch, use this 10 minute sauce recipe from Jamie Oliver.

Turn a couple potatoes into Spanish tapas, patatas bravas, by making a spicy tomato sauce out of a can of tomatoes like in this recipe from Eating Well. The highest end canned tomatoes — the ones imported from San Marzano, Italy — cost about as much as a jar of pasta sauce. The rest cost between $1 to $2, making them a pantry staple worth stocking up on.

Next time you’re at the grocery store, look around the cheese section. If you see bagged up, generic-brand grated Parmesan, chances are, they do it in-house. If that’s the case, they probably have a bunch of Parmesan rinds kicking around. The rind of a wheel of cheese like Parmesan is not only edible, but can be a serious superhero if you know how to use them. More than likely, these just get thrown out, and the folks working the deli counter may give them to you at a really cheap price if not for free. Grab them and hoard them, because they can add incredible flavor to a meal.

Deb Perelman of Smitten Kitchen uses them to make a Parmesan broth that could blow your mind, and the rest of the ingredients (white beans, greens) are cheap and nutritious. Adding a Parmesan rind or two can add a lot of flavor to any soup without breaking the bank. Throw them into spaghetti sauces while it’s cooking to add Parmesan flavor without handfuls of expensive cheese. They make amazing additions to rice dishes: add while cooking, remove before serving. It’s an easy, cheap way to add a rich depth to a meal.

Much like frozen vegetables, a handful of beans can make a cheap staple starch into a meal. Legumes of any kind, whether it’s a black bean, chickpea, or lentil, can make a fiber and protein rich dish out of just about anything. Beans and rice, of course, are a classic combo — but do you go with Louisiana-style red beans and rice like this recipe from Emeril Lagasse or Latin-style black beans and rice like in this Cuban recipe from Real Simple? You could go the southwestern route and do pinto beans and rice with this recipe from Culinate. Lentils can take you the Middle Eastern route as in this dish from Meatless Monday, or the Peruvian route with this dish from Epicurious.

When it comes to pasta, a can of white beans can turn one box into a filling and nutritious meal for many. In this recipe from The New York Times, they’re combined with tomatoes. White beans and summer squash with a can of diced tomatoes is a healthy stew over mashed potatoes or made into a French provencal soup, shown in this dish from My Recipes.

Making your own beans from the bags of dried beans allows you to season them as they’re cooking, and it’s also cheaper, which is a definite plus. They do take quite a while, though, so this is the perfect use of a crockpot or a lazy weekend afternoon, if you’re blessed with such things. Just don’t add salt or anything acidic, like citrus or tomatoes, because it keeps the beans from softening. Add them at the end after the beans are ready to go.

Much like soy sauce, instant coffee is a magical ingredient that can seriously transform your meal, as long as you know how to use it. It has an intricate flavor profile, featuring not only acidic and bitter notes but also fruity, earthy, sweet notes. Added to chili, it imparts the same deep and complex flavors that chocolate can, but for less.

In fact, add a little anywhere you would add chili powder. Add it to a beef stew or pot roast for the same reason: It will turn a lousy cut of meat boiled in water for hours into an amazingly complex flavor bomb, especially if there’s a little red wine involved. Combine it with any other spices in your cabinet for a rub or with soy sauce for a marinade and then throw some beef on the grill. This recipe from The Food Network uses it for Coffee Bourbon Steak Tips.