In many cities, touring is best done afoot — there’s no waiting for public transportation and you’re able to stop whenever you want. Walking is also one of the best ways to see a city, something marketers and tour companies have long considered in their efforts to present a locale in a unique and attractive way. Still, not all tours are as simple as being led to sights: Some have been remixed, slightly.

With that said, here are six of the wackiest walking tours around the world. 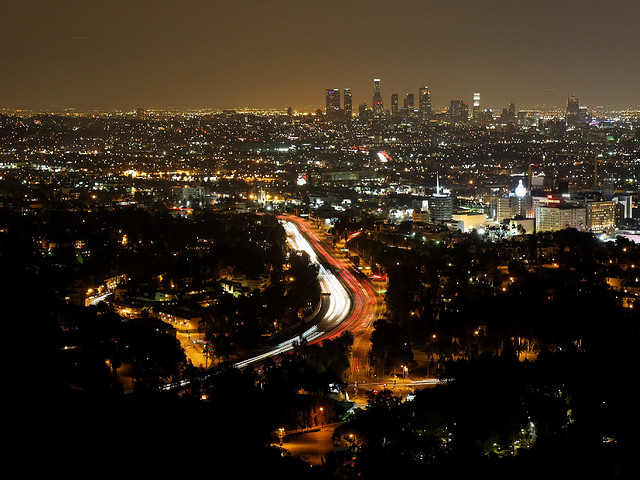 1. Rolling with the Paparazzi

There’s a new paparazzo in town, and it just might be me — a tourist. This Los Angeles tour teams visitors with real-life paparazzi for three-hour blocks of time in which they run, walk, and “hunt” all over the city to see their favorite celebrities. The tour is offered daily, beginning at 8 a.m. until 10 p.m., and each day is different, as the tour is unscripted and celebrity encounters are not arranged.

This award-winning tour in Brighton, U.K., is not for casual visitors. Those who opt in must be agile, as they’re expected to climb a 15-foot vertical exit ladder and walk along narrow, whitewashed corridors to see the route of the day’s waste and storm water. Not only does this tour explore the present, it highlights the past, too. You learn how Victorians encouraged flow of waste and sediment with egg-shaped tunnels — some one meter wide, others wide enough to fit a double-decker bus — and how the tunnels have changed over time.

This funky tour is found in (where else?) Austin, Texas. Though it’s self-guided, it remains one of the city’s most popular activities. The purpose is to encourage city residents to raise chickens at home by demonstrating the variety of ways in which chicken — and other poultry — can be housed and incorporated into urban residences without violating city ordinances. Each “host” at the site serves as an expert and demonstrates a variety of nuances, including incorporating chicken manure into household gardening.

The UnTour touring company says it best: “In China, the saying goes, ‘People will eat anything with four legs except a table, and anything with wings except an airplane.’ Do you have what it takes to eat like a local?” If you think you’ve got the chops for it, try the company’s edible tour of Shanghai, which highlights the strangest foods and then gives them to you to try on a platter. Among the edible delicacies are dragonfly, duck tongue, and bumblebee.

Anyone who’s ever been shown around town by a friend can attest to the notion that locals make the best tour guides. This Barcelona-based company takes that idea a step further by hiring homeless people to conduct tours in Spain’s second-largest city. With some 3,000 homeless people living in Barcelona, the company trains and then employs them as guides for walking tours of the city’s Gothic quarter. If you’re tired of mass tourism and conventional tours, this tour promises to be the one for you.

This offbeat spy tour of the nation’s capital, led by a former intelligence officer, is for four-legged friends, too. It takes dogs and owners through secret tunnels under the American Embassy and pairs them with “gripping” espionage stories, some more than 400 years old. There are often a good number of pets on the tours (e.g., seventeen), so be prepared to be prepared for other pooches. All dogs must be on a leash, and owners are solely responsible for the behavior and actions of their dogs. Beware: Owners of unruly dogs may be asked to leave the tour.