7 Anti-Aging Foods That Are a Fountain of Youth

Time eventually catches up to everyone.  Aging is a fact of life, and it is never too early to start preparing. A spokesperson for the American Geriatrics Society, Sharon Brangman, MD told WebMD that, “The more you do in middle age to prepare yourself for successful aging, the better.” Aging increases the likelihood of certain heal risks, such as cancers, arthritis, and reduce cognitive functions. On the cosmetic side of things, the skin takes a beating after years in the sun, and the cumulative effects of cuts and injuries sets in.

Exercise has been shown to delay some aspects of aging, and puzzles or learning another language may help brain function, but what about getting better with age through food? It turns out, there are plenty of foods that not only delay cancers, or boost the appearance of skin, but also help to manage arthritis, or heart problems, as well as prevent them. Eating the following seven foods won’t cure every aspect of growing old, but they are a tasty way to try and stay younger longer. 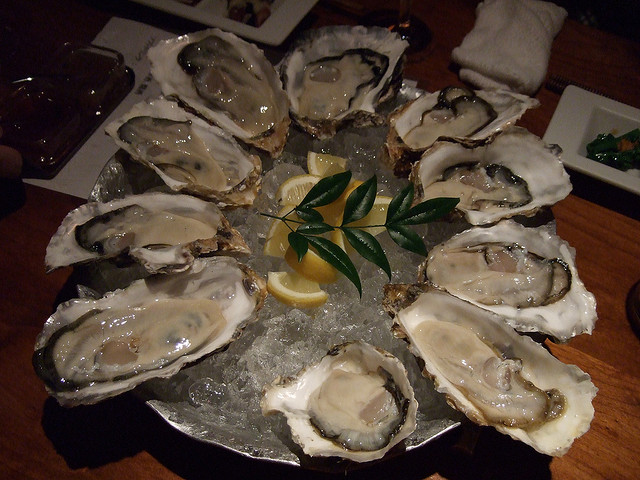 Want to keep your skin glowing and indulge in a delicacy at the same time? Then it is time to get cracking on that plate of oysters. Nutritionist Johanna Clark explains that the zinc in oysters can fight aging by repairing the skin. “Zinc is a key nutrient for skin health — if you’ve got slow-healing wounds, then you may need to increase your zinc uptake.” Slow-healing wounds contribute to scaring, and cause the appearance of skin to decline. One serving of oysters will exceed the daily minimum required. 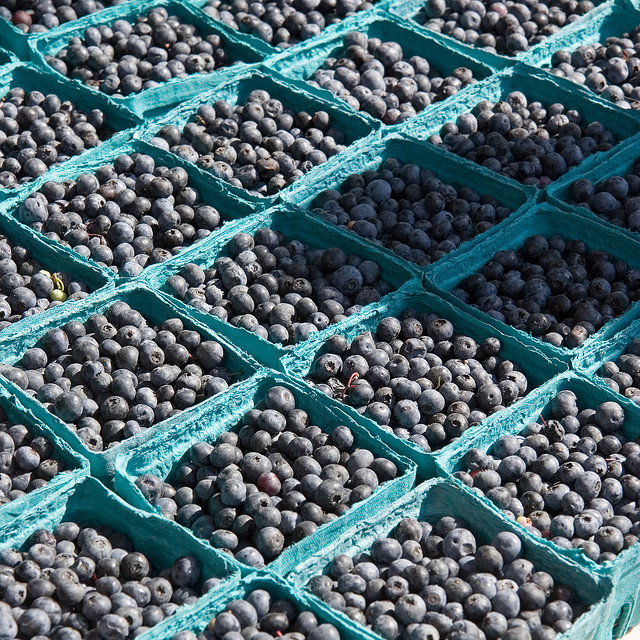 Americans already enjoy blueberries. According to Worlds Healthiest Foods, they are second only to strawberries for the most consumed berry in the U.S. So while you mix blueberries into your yogurt, you’ll know you’re building a foundation for your future health. Out of all fruits and vegetables, blueberries have one of the highest antioxidant ratings. They fight free radicals, protecting cells, and are a way to improve brain and central nervous system health.

If that was all blueberries did, they would already be earning top marks in fighting the effects of aging, but blueberries may also improve memory. The research indicates that blueberries could slow, or delay cognitive memory problems. 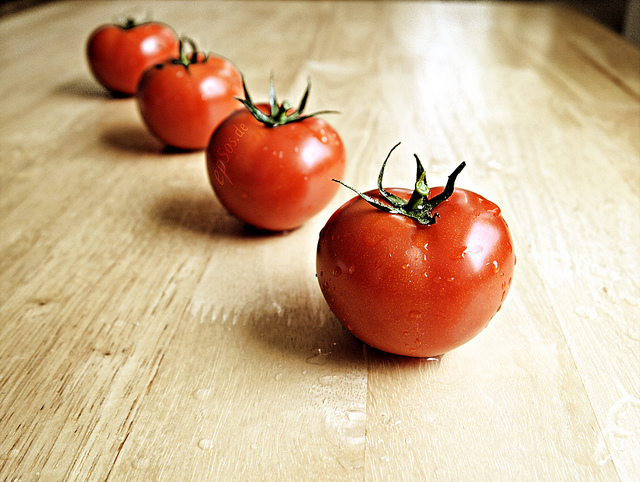 Eating a pizza for dinner tonight? The tomato sauce might help you age gracefully. Kristin Reimers, PhD, RD of the National Center for Food Safety & Technology, and Britt Burton-Freeman, PhD, MS researched the tomato, which is the most popular non-starch vegetable in the U.S. They discovered the lycopene in tomatoes improves with cooking, unlike other fruits and vegetables that lose their nutrients after similar processes.

“Tomatoes are the most important non-starchy vegetable in the American diet. Research underscores the relationship between consuming tomatoes and reduced risk of cancer, heart disease, and other conditions,” they concluded. The “other conditions” tomatoes protect against are common problems associated with aging, including osteoporosis, skin damage from the sun, and loss of brain function. 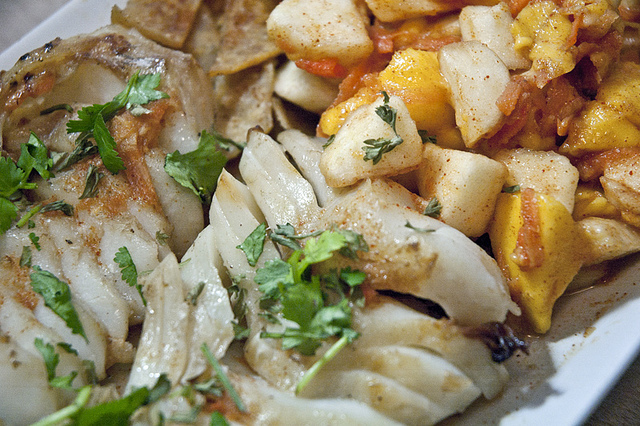 Oh my Cod, you thought salmon was the only fish in the omega-3 fatty acid sea? Erica Kannall, a registered dietitian, says seven to eleven grams of omega-3 fatty acids should be consumed each week. A 4-ounce portion of cod delivers 0.6 of those grams. The body does not produce omega-3s, which can protect against several health threats, such as depression and cancer. Age specific health risks a diet rich in the fats may combat include arthritis and heart disease. It is also packed with protein, three ounces contain 16 grams. Protein builds stronger muscles and bones, which grow weaker with age. 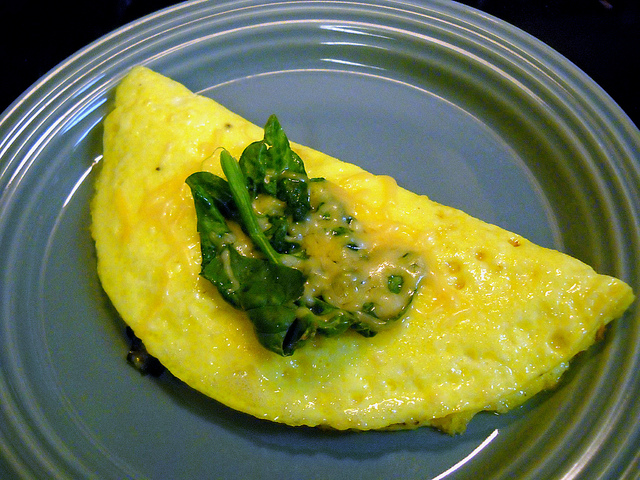 Eggs? What are eggs doing on a list of anti-aging foods, you ask. Aren’t they bad for cholesterol? Turns out, probably not. David Katz, MD, MPH has studied the egg’s effects on healthy adults and adults with high cholesterol. Recently, he led a Yale University study where adults with coronary heart disease ate two eggs every morning. “Overall, the research has gone a very long way to exonerating the egg,” Katz said, “We gave them two eggs every day for eight weeks and we saw no harmful effects there either.”

Dr. Carrie Ruxton led a report compiling information about eggs, published in the journal Nutrition and Food Science. “The health benefits of eggs would appear to be so great that it’s perhaps no exaggeration to call them a superfood — they are one of the most nutrient-dense foods available,” Ruxton said. Particularly helpful to ward off aging are its antioxidants, making eggs a way to prevent blindness caused by macular degeneration. 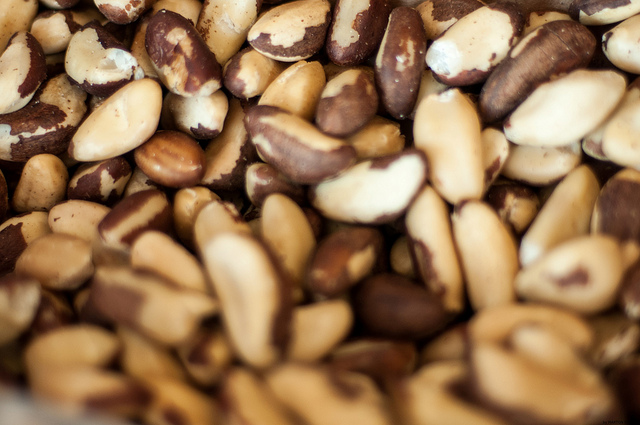 Nuts, like eggs, get a bad rap. The fear this time being that adding nuts to a diet increases weight. Too much of nuts, like too much of anything, can have this effect — but fortunately, to get the anti-aging properties of the brazil nut, you only need to eat three or four a day. Kerry Torrens is a nutritional therapist states that in this quantity, you will get your daily dose of selenium. Like zinc, selenium helps wounds heal, improving your skin’s overall health. Brazil nuts can also improve thyroid function, by keeping it active. 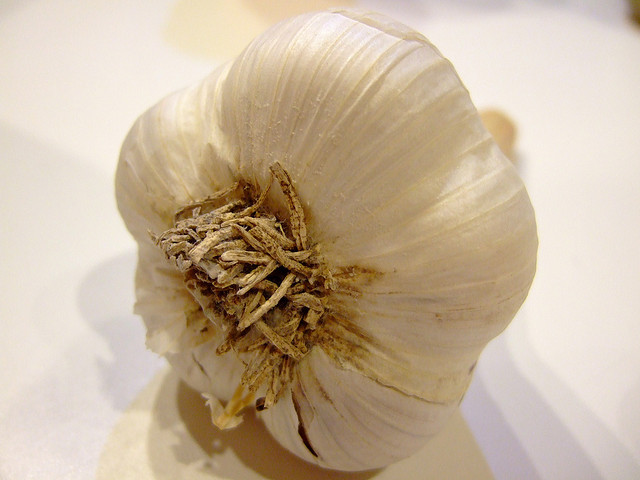 Your breath may not thank you, but your body will. Medical News Today rounded up research that consistently puts garlic at the top of the class for health benefits. It is an allium vegetable, which researchers at King’s College London found to be important for reducing hip osteoarthritis. Diallyl trisulfide is found in garlic oil and offers heart protection during heart surgery and after someone has suffered from a heart attack. Garlic has been shown to help lower blood pressure as well. Researchers in China found that a garlic derived compound, diallyl disulfide, might guard a liver that has been damaged by high levels of alcohol consumption.