It’s likely you’ve indulged in a crostini before, regardless of whether you knew what you were popping in your mouth. Crostini are those toasted or grilled pieces of bread that are typically topped with fruit, cheese, meat, or a combination of these things. They’re commonly served at parties as appetizers, and as bite-size finger foods, they’re big crowd pleasers. They whet your appetite for the meal ahead but don’t stuff you silly.

The great thing about crostini is their versatility, and today, we’re highlighting seven ways the toppings-on-toast aperitif comes to life. Pick your poison and try not to go back for seconds.

First up is a salty and sweet variation of the crostini from All Recipes. You’ve likely had brie on bread before, but have you ever kicked your appetizer up on a notch and added fig to the mix? This will take your crostini from satisfying to sophisticated and will add a sweet component to cut the salt of the cheese and bread.

Arrange bread slices on a baking sheet. Lightly spray both sides of each bread slice with olive oil cooking spray. Bake bread slices under the broiler until toasted, about 2 minutes per side. Remove bread from oven and cool slightly, keeping broiler on.

Blend fig spread in a blender or food processor until pureed. Spread about 1 teaspoon fig spread onto each toasted bread slice; top with Brie cheese and apple pieces. Sprinkle each crostini with oregano.

Broil crostini in the preheated oven until Brie cheese is melted and browned, 1 to 2 minutes. 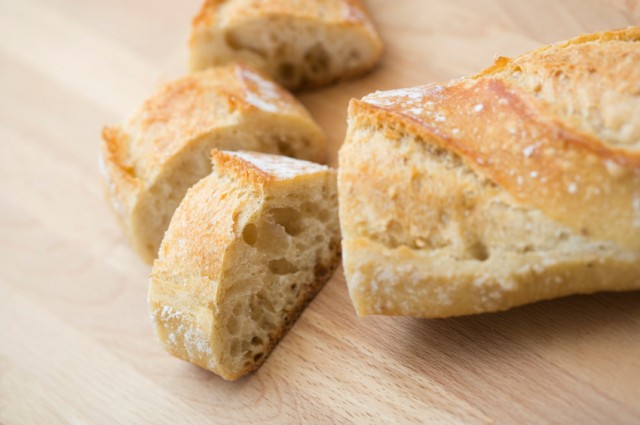 Continuing with the cheese trend, we come to this Crostini Al Mascarpone recipe from Food.com. With this formula, mascarpone is the cheese of choice, and Parmesan also plays a role. Aside from the bread, this appetizer takes only three ingredients to make and will make your food guests warm up to smooth and salty mascarpone in its savory form.

Directions: Preheat oven to 400 degrees Fahrenheit. Mix cheeses and add marjoram. Salt and pepper to taste. Slice baguette in thin (about ½ inch) slices. Spread cheese mixture on slices. Place prepared slices on a baking sheet and put sheet into preheated oven. Bake for a few minutes until hot and bubbly. 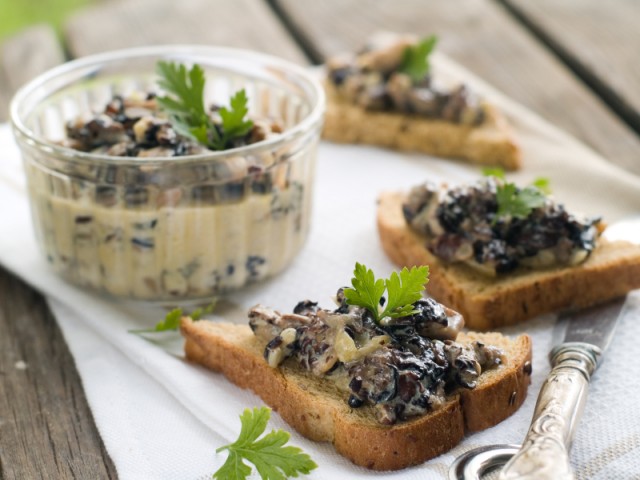 Concluding our cheesy crostini is this Caramelized Onion and Goat Cheese Crostini from Betty Crocker. Goat cheese and caramelized onions are the perfect pairing. Like the aforementioned formulas on our list, this recipe is as easy as they come and can be prepared only 20 minutes before its baking time. 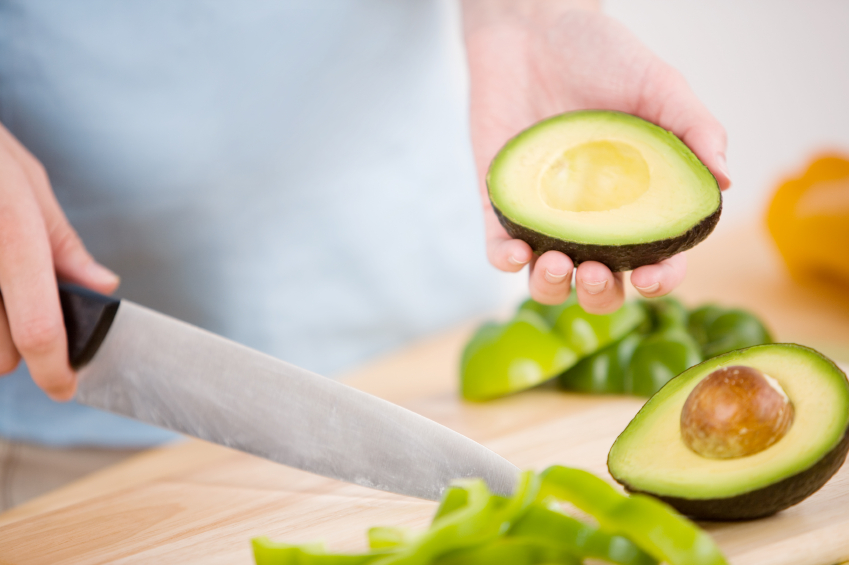 Next up, avocado is the name of the game. Grab a baguette and two ripe avocados: Food & Wine pairs those two together and adds some seasonings and parsley pesto to the mix. Avocado toast is currently one of the hottest lunch offerings, but this sandwich-turned-appetizer won’t devastate your appetite.

In a blender, combine the parsley leaves, garlic, anchovies, and ¾ cup of olive oil and puree until smooth. Season with salt and pepper. Top the baguette toasts with the avocado slices and arrange on two platters.

If you have some meat eaters at your party, serve them these Prosciutto Crostini With Lemony Fennel Slaw from Real Simple. They’ll satisfy their craving for meat without complicating your kitchen. All you need for your toast topping is prosciutto, fennel, and parsley. Preheat your oven and get ready to broil.

Directions: Heat oven to 375 degrees Fahrenheit. Place the baguette slices on a baking sheet and brush with 2 tablespoons of the oil. Toast until golden, 10 to 12 minutes. Meanwhile, in a small bowl, combine the fennel, parsley, lemon juice, the remaining tablespoon of oil, ¼ teaspoon salt, and ⅛ teaspoon pepper. Divide the prosciutto evenly among the toasted baguette slices and top with the slaw. 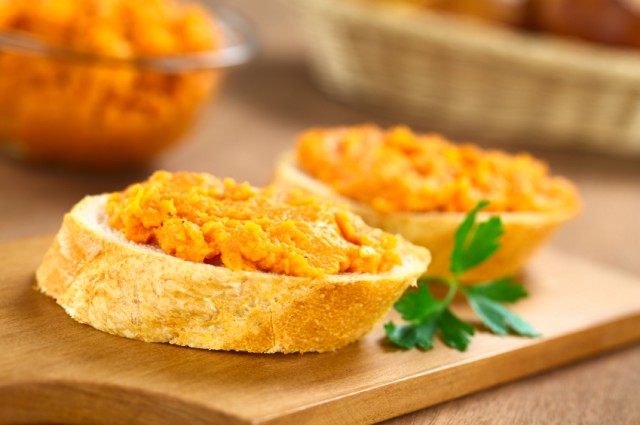 These Roasted Garlic and Sweet Potato Crostini from Saveur are next. This recipe combines sweet potatoes, garlic, sour cream, capers, and seasonings on a fresh loaf of ciabatta, introducing a new flavor combination many have never considered.

Directions: Heat oven to 400 degrees Fahrenheit. Cut ¼ inch from the top of each garlic head, exposing the cloves. Drizzle each with olive oil and wrap tightly in foil. Place in a baking dish and bake until heads are soft and lightly browned, 30 to 40 minutes; let cool slightly. Squeeze cloves from skins into a bowl; set aside.

Combine sour cream, zest, capers, pepper flakes, salt, and pepper in a bowl. Cover with plastic wrap and refrigerate. Heat olive oil in a 10-inch skillet over medium heat. Add sweet potatoes, salt, and pepper; cover and cook, stirring occasionally, until softened and beginning to brown, about 8 minutes. Transfer to a paper towel-lined sheet; set aside.

Brush bread slices with olive oil and place on a baking sheet. Bake, turning once, until crisp and golden, about 8 minutes. Remove and let cool slightly. Spread about 1 teaspoon of the roasted garlic on each crostini. Divide sour cream mixture between crostini. Top with sweet potatoes and garnish with chopped capers. 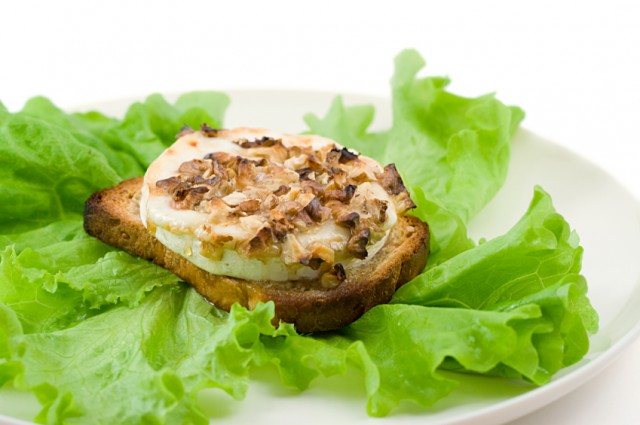 Have you ever roasted your grapes before? If not, you’re missing out, and you should try your hand at them with these Roasted Grape Crostini from Healthy Seasonal Recipes. Roasting grapes makes the fruit burst with flavor and allows the sweet grapes to pair perfectly with salty goat cheese and walnuts. Those three ingredients, topped with honey, complement each other perfectly when spread on fresh baguette slices, and they can serve as the perfect pre-meal treat.

Stir grapes, oil, salt, thyme and pepper in a medium bowl. Spread out in one layer in the baking dish. Roast, stirring occasionally until wrinkled and caramelized, 48 to 55 minutes. Remove from the oven. Drizzle balsamic vinegar over the grapes, and stir to coat. Set aside.

Spread goat cheese on the baguette, dividing equally. Top with the grape mixture. Sprinkle with walnuts and drizzle with honey.