Warm weather means it’s time to start enjoying open-air festivals, and indulging in some tasty eats is definitely on the menu. You might want to think twice about some of your choices, though. A hot dog might be a satisfying snack, but processed meat ranks among some of the worst food for your heart. Time reported results from a study that found men who consumed the most processed red meat increased their risk of heart failure by 28%.

Some foods that used to be off the table because of their high cholesterol levels are getting a second chance thanks to the government’s updated dietary guidelines. According to the new recommendations, “Cholesterol is not considered a nutrient of concern for overconsumption.” So foods like eggs and certain kinds of seafood got the green light, but that doesn’t mean cheeseburgers and potato chips are healthy eating. Cholesterol is only part of the story. Many foods high in cholesterol are also loaded with harmful saturated and trans fats, which can both negatively impact your heart.

Instead of focusing on the things you shouldn’t eat, consider how many delicious foods are out there that do your body good. We’ve compiled a list of some of the best foods to keep your ticker happy. They’ll also keep your tastebuds happy. And don’t fret about that street festival. Chances are, they’ll have plenty of good choices. You just have to make it past the fried chicken stand.

We hear over and over again about the importance of consuming more omega-3 fatty acids. It’s become part of our regular vocabulary, but few people actually know why or what they do for our bodies. According to the Mayo Clinic, omega-3s are a type of unsaturated fat that can reduce inflammation and lower blood pressure. The article went on to say that many doctors recommend their patients aim for eating fish that contain these fats, like salmon, twice a week.

In addition to keeping your heart healthy, salmon offers plenty of other benefits as well. Livestrong reported the fish is teeming with B vitamins to support healthy metabolism and minerals like phosphorus, which helps build strong bones. And if you’re worried about mercury content, salmon is a good choice. According to the Food and Drug Administration (FDA), eating up to 12 ounces of salmon per week is completely healthy.

As for working more salmon into your diet, it’s one of the most versatile types of seafood out there. It takes well to grilling, poaching, sautéing, and baking. The Kitchn has a great tutorial for roasting. If outdoor cooking is more your style, Food Network has a tons of ideas to get you started.

You may have heard commercials mention that Cheerios are good for your heart, and there’s some truth to that. Before you go out and buy a bunch of packaged cereals, though, it’s a good idea to read a little bit deeper. A closer look at the ingredient list reveals whole-grain oats are the most prominent ingredient, more commonly known as oatmeal.

Oats have been linked to lower cholesterol levels for years, and that’s not changing. ABC News reported findings from a newer study that found the risk of death by heart disease fell 15% for those who consumed at least 33 grams of whole grains a day, which equals one bowl of oatmeal. The article went on to explain the study also found these whole-grain eaters had an overall lower risk of premature death.

Filled with fiber, oats also keep you regular and promote a feeling of fullness. A simple bowl with a bit of brown sugar and apples will do, but there are plenty of ways to dress up this grain. Try a savory porridge filled with mushrooms or bake up a batch of granola.

Good news for those who like to start their day with some fruit-topped yogurt. A Harvard Medical School study found women who ate the most strawberries and blueberries over an 18-year period were 34% less likely to have suffered a heart attack than women who didn’t nosh on the fruits. While women were targeted for the study, doctors see no reason why these results wouldn’t apply to men as well.

In addition to protecting your heart, these berries offer up a good dose of fiber and vitamin C. But it’s the antioxidant anthocyanin, which is responsible for the fruit’s deep hue, that’s the real winner. According to Livestrong, these flavanoids can reduce inflammation and may even prevent cognitive decline.

Fortunately, blueberries also taste fantastic. They’re a great standalone snack, but work well in countless culinary applications. Try your hand at a classic blueberry pie, or give them a walk on the savory side with this barbecue sauce. 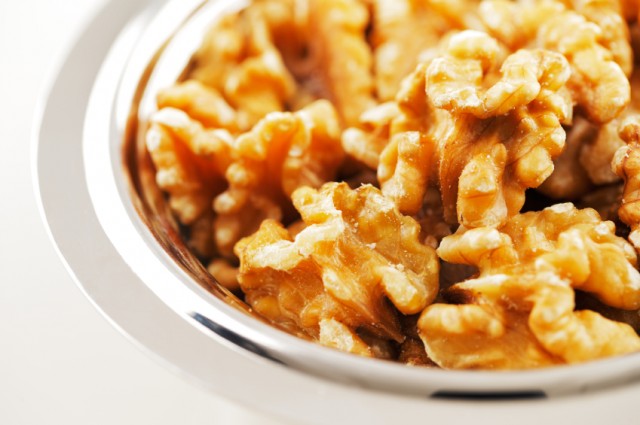 There’s no need to give up salty, crunchy snacks when it comes to heart health. Just swap that bag of potato chips for a handful of nuts instead. Live Science reported a study that found eating peanuts and tree nuts was linked to fewer deaths from heart problems. And good news for sandwich lovers — the study found similar results for peanut butter.

To reap the most benefits, Everyday Health recommended almonds for lower cholesterol, pistachios for lower blood pressure, and walnuts for clearer arteries.  The story went on to say that, while they’re healthy in moderation, eating too many nuts can lead to weight gain. And not all nuts are smart choices. According to Health, both pecans and macadamia nuts lose points for having the lowest levels of protein coupled with the highest fat content.

If you’re worried about portion control when eating nuts solo, try cooking with them instead. Try topping fish or pasta with a walnut pesto or grind up some pistachios to make these crispy pork chops. 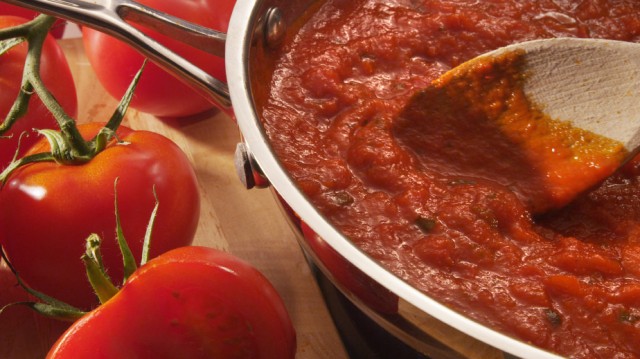 As the we draw closer to summer, we’re also getting closer to tomato season. And that’s great news for your heart. According to Everyday Health, consuming tomatoes can lower cholesterol, reduce inflammation, and reduce the risk of stroke. The article also highlighted that people who’ve already suffered from heart disease can improve their outcome by adding more of the red fruit to their diets.

So just how potent are tomatoes? The Daily Mail reported one study found a diet rich in tomatoes reduced the risk of heart disease by 26%. The scientists from the study attribute the positive correlation to consuming lycopene, a type of antioxidant present in tomatoes as well as a number of other fruits. This powerful substance has been linked to a reduced cancer risk as well. Renal and Urology News reported two studies found lycopene could reduce the risk of developing prostate cancer.

A simple caprese salad makes a for a delicious way to gobble up tomatoes. Don’t fret if you don’t love the fruit raw, though. Health reported your body can more readily absorb lycopene from cooked tomatoes. That means a great pasta sauce is definitely on the menu. 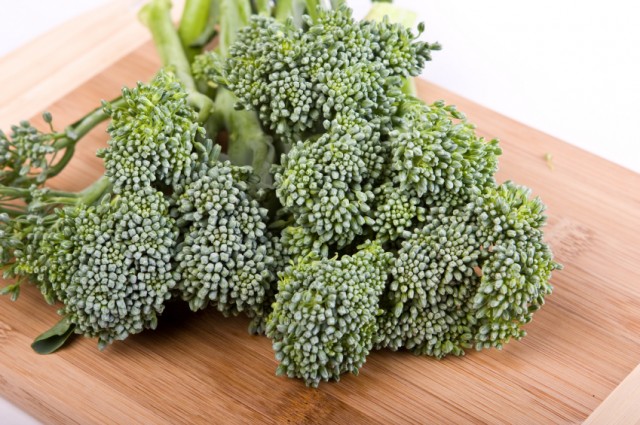 Mom was right all along: You really should eat your broccoli. This cruciferous veggie boasts tons of fiber, plus vitamins A and C. It’s also an all-star when it comes to keeping your heart in great shape. According to Live Science, broccoli can help strengthen blood vessels and even repair damage. The story also said the vegetable may also reduce the risk of cancer and promote good digestion.

Though broccoli is healthy no matter how you prepare it, Eating Well recommended sticking to raw preparations to absorb the most nutrients. If you only like it cooked, just be sure to use a light hand. Raw veggie lovers will go nuts for a classic broccoli salad, while those in the cooked camp will delight in steamed version with ginger and sesame.

Chocoholics can feel good about a little bit of indulgence, because this is one sweet that makes your heart happy. Women’s Health reported one study found eating a bit of dark chocolate every day could help reduce the risk of stroke and heart attack. Remember, though, that quality counts. Dark chocolate has the greatest concentration of flavonols, while milk varieties have less. Sorry — white chocolate doesn’t contain any. Just be sure you keep your portions in check. Eating a pound of chocolate isn’t going to do much for your health.