7 Parts of the Starbucks Story You May Not Already Know

Once upon time, (1971, to be more exact), Starbucks was just another Seattle coffee shop. The chain opened its first store in Seattle’s Pike Place Market more than forty years ago and it seems to have been on the rise ever since. In 2014, however, Starbucks boasts more than 21,000 locations in more than sixty-five countries worldwide, and last year the company brought in revenues of almost $15 billion. It’s safe to say that the Starbucks has become a national institution.

But there are a few things you might not realize about America’s favorite “premium” coffee chain — from the pumpkin-spice latte’s shaky origins to the most controversial Starbucks location ever, here are seven interesting stories about Starbucks you might not have heard.

1. The pumpkin-spice latte that almost never was

Nowadays, the PSL is practically considered a kind of necessary fashion accessory by many American college students, but back in the early days of its development, the concoction was considered by higher-ups in the business as a bit of a wild card. Surprised? You should be; last year Americans spent more than $308 million on pumpkin-flavored products, and since Starbucks first released their own contribution to the pumpkin-spice trend, more than eleven years ago, customers have reportedly ordered more than 200 million of the seasonal drinks.

The Seattle Met notes that, “a combination of masterful marketing and a fan base with the kind of obsession usually reserved for pop stars has transformed this drink into a national harbinger of fall.” Apparently “the Starbucks media team tracks 3,000 tweets a day when the hot beverage reemerges from hibernation, usually around Labor Day.”

Yet the infamous PSL almost never happened; in early 2003 Starbucks decided that they wanted a successful seasonal drink for the fall to complement the already popular and newly released peppermint mocha latte.

But among the early contenders for this fall beverage, the pumpkin-spice latte remained a bit of a dark horse, and when Starbucks conducted an online survey to determine which fall-flavored espresso beverage the company’s regulars found most appealing, the pumpkin-spice latte fell near the bottom of the pile; the survey found that customers much preferred the sound of a drink made with the more familiar and approachable flavors, such as chocolate and caramel.

If you want to thank someone for rescuing the pumpkin-spice latte from Starbucks’ dust pile of failed flavor ideas, you can go ahead and thank Peter Dukes. Formerly one of the company’s product managers in the espresso division, Dukes pushed back when his boss pointed to the pumpkin-spice latte’s lackluster response. As a result, the company decided to release the new latte at stores in the Seattle and Washington D.C. as a way of “testing the waters.” The rest, as they say, is history.

On a daily basis, Starbucks serves an astounding 60 million customers worldwide, and, according to Bloomberg, the average Starbucks customer visits the store six times a month, and the most loyal cohort of customers visits even more often; these regulars visit Starbucks stores on average sixteen times a month or more.

A recent Yahoo Finance article notes that with Starbucks prices going up, it may be a habit you might want to re-think: A $4 latte might not seem like any kind of big splurge in the moment, but over time, like any unnecessary expense (I know, I know, some of you are furious that I just termed Starbucks “unnecessary”), it adds up. One $4 latte a day amounts to a $28 a week habit. And, if you’re really serious about your lattes, that $28 a week habit could easily turn into a $1,460 per year habit. Over the course of ten years, that amounts to a new car; a new car, or a decade’s worth of lattes. Choose wisely, my friends. 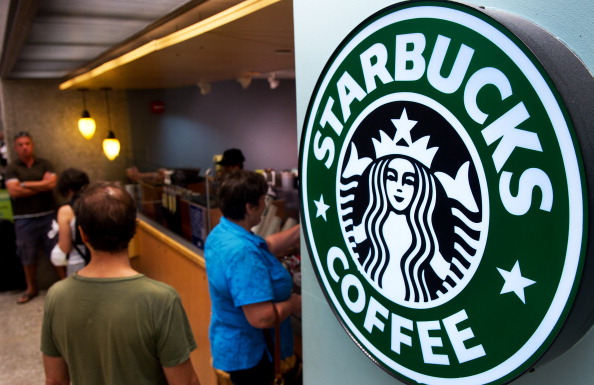 3. Starbucks takes its name from a character in Moby Dick, sort of

By and large, the internet seems to think that Starbucks got its name from Captain Ahab’s first mate in Herman Melville’s classic, Moby Dick: This is mostly true. In reality, Starbucks founder Gordon Bowker says he and co-founder Terry Heckler had honed in on the idea that words that start with “st” were powerful sounding words and made a list of words beginning with the sound while brainstorming names for the fledgling company. From there, someone among the group mentioned an old mining town in the Cascades, called Starbo. Only then did Bowker make the leap to Ahab’s first mate, Starbuck; he and Heckler both liked the sound, and the name stuck.

Bowker has also mentioned that he and other early investors had considered naming the business Pequod, after Ahab’s whaling ship in Moby Dick, but the group all agreed that they weren’t sure how customers would feel about drinking a cup of Pee-quod. Further, considering that the Pequod eventually sinks, it’s probably for the best that the name was ruled out early on.

As for Starbucks’ puzzling logo, supposedly the company created the logo to reflect the “seductive imagery of the sea,” given the nautical origin of the company’s name. An early creative partner is credited the original logo: apparently, he dug through old marine archives until he found an image of a siren from a 16th century Nordic woodcut. Since the days of the originally logo, the siren has become progressively less suggestive; updates have done away with her bare breasts and forked, spread-eagle tail. 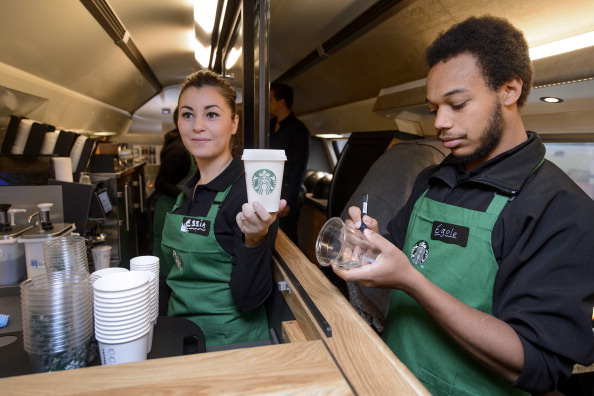 4. Starbucks Spends more on health care for its employees each year than it does on coffee beans

In 2008, Howard Schultz, one of the original founders of Starbucks, returned to the company as CEO; at the time, the board of the company pressured him to cut employee benefits in an effort to keep costs down. Schultz refused and the company remains one of the rare employers to provide health insurance for part-time employees. At Starbucks, an employee has to work a minimum of 20 hours a week to qualify for employer-sponsored health insurance.

“Other companies have announced they won’t provide coverage for spouses; others are lobbying for the cut-off to be at 40 hours. But Starbucks will continue maintaining benefits for partners and won’t use the new law as an excuse to cut benefits or lower benefits for its workers,” Schultz said in a telephone interview with Reuters, ahead of the passage of the Affordable Care Act. 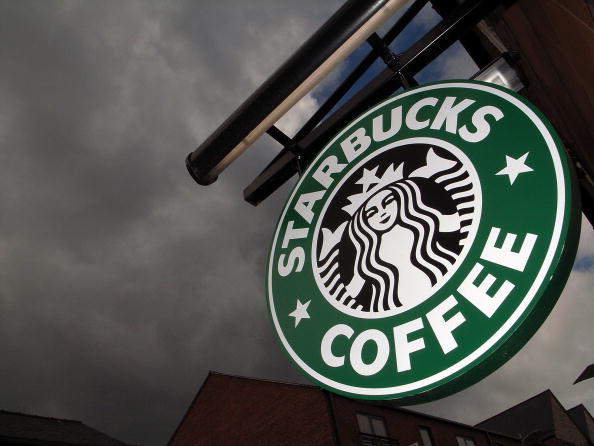 5. Starbucks opens an average of two or three new stores each day

Women’s Day notes that during the company’s heyday, Starbucks was opening up about seven new stores every single day; a strategy that was originally part of co-founder Howard Schultz’s plan to reach 40,000 stores worldwide. The number has since slowed, primarily due to the financial crisis; in 2008 Schultz admitted that the company had “embraced growth as a reason for being rather than a strategy,” according to Fortune.

When Schultz took over the company as a CEO again in 2008, he began to make changes, including closing stores and re-focusing the company’s goals; as part of the company’s new direction Schultz did away with monthly same-store sales reports, saying that “monthly comps are like a harness around your neck,” and instead said that the company would focus on producing good coffee rather than producing good numbers. 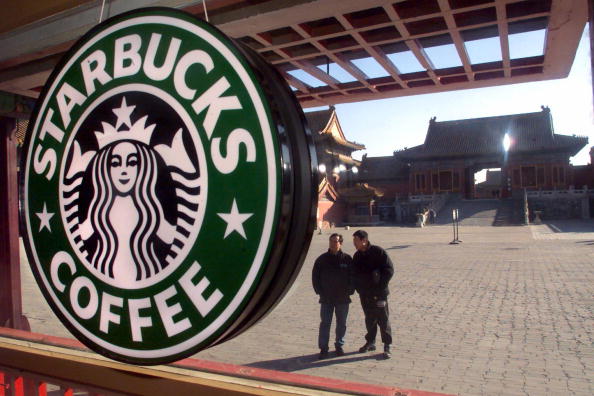 Back in 2000, at the invitation of the city’s managers, Starbucks opened its most controversial location yet, in the middle of Beijing’s Forbidden City. The Forbidden City is a UNESCO World Heritage site and popular tourist destination; it encompasses a 600-year-old complex which includes the former Chinese imperial palace, which served Chinese emperors and their households from the Ming dynasty through the Qing dynasty.

The complex is known for exemplifying Chinese palatial style architecture; the complex was started in 1406 and completed in 1420 and spans about 180 acres.

Unsurprisingly, the response to Starbucks’s opening in the complex was overwhelmingly negative, with many locals finding the store’s opening downright offensive. A Chinese news anchor even reported that the store’s existence “undermined the Forbidden City’s solemnity and trampled over Chinese culture.” In 2007, Starbucks closed the store after months of controversy, stating “we have respectfully decided to end our lease agreement,” according to the Seattle Times. 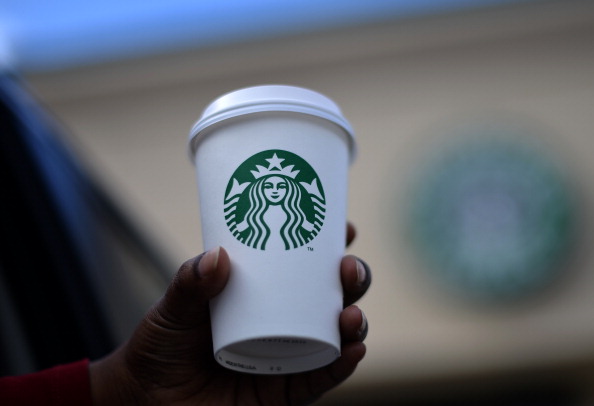 7. Santa Fe Springs, California has the highest concentration of Starbucks stores in the world

The Los Angeles suburb boasts 560 Starbucks locations, all of which are jammed into a 25-mile radius; according to Business Insider, that concentration amounts to one Starbucks for about every 29 of the city’s 16,223 residents.