7 Resolutions for Better Eating Habits in 2014 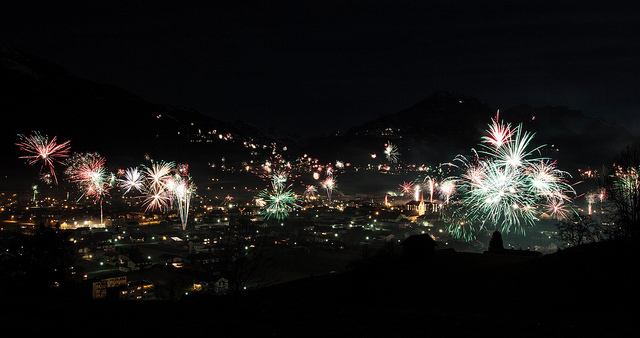 The second that separates one year from the next becomes a mental rubicon in the waning days of December. Ideals of self-improvement are limitless prior to the clock striking midnight; visions that slowly melt away with the snows of January and February.

Carleton University professor and psychologist Tim Pychyl calls the yearly bout of resolution making “a kind of cultural procrastination,” even though the thought process begins in December “we put them off until January, so there’s already a hint of insincerity in it.” Pychyl told Metro people aren’t making resolutions, instead they formulate “vaguely stated statements that they don’t have to hold themselves to — exercise more, eat less, and quit smoking.” This contributes to the high failure rate, along with goals that call for an immediate, drastic change.

Instead of looking at that split second that ends one year, and starts another as the ultimate defining point between an old way of living, and another, try thinking of 2014 as a year of making gradual changes. Not every step of a plan can be implemented at once — unless you have serious will-power. But if you make 2014 about finding out what works best for you, and slowly altering lifestyle habits, you may find that in December 2014, you aren’t mentally preparing for an instantaneous transition and are instead appreciating a year spent eating well, and healthfully modifying your lifestyle. To start your 2014 eating evolution, here are seven ideas for inspiration. 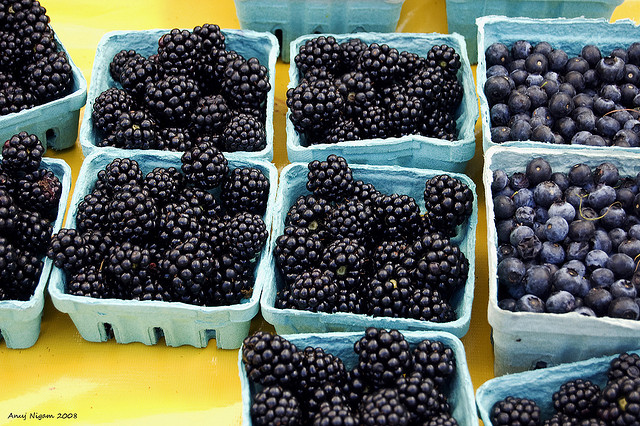 This food movement has been gaining ground over the past several years. There is unprocessed October, where participants attempt to go the whole month without eating processed foods, and 100 Days of Real Food, which has the same concept for a longer period of time. Processed foods can easily hide sugar, sodium, and trans fats.

But, words like “fewer” and “more” are those vaguely coded buzzwords to avoid, while a lengthy challenge that involves giving up Oreos may be too ambitious. So, pick days you won’t eat processed foods. Like the concept of “Meatless Monday,” a few processed-free days per week may be what you need to get started on a path to healthier eating. 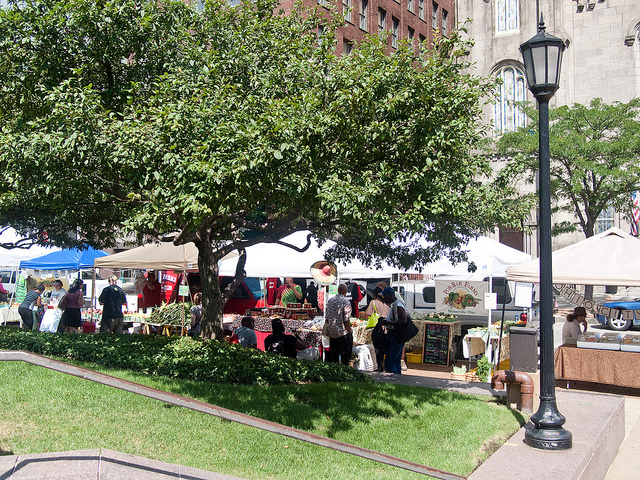 Sourcing your food from the farmer’s market may help you with step one and boost your budget at the same time. Several studies have shown that certain in-season foods are cheaper at area farmers markets than they are at the grocery store. Not only are you saving money, but you are investing in your area as well. Depending on the size of the farm, buying at the local market may also mean you are participating in the U.N. Food and Agriculture Organization’s International Year of Family Farming.

You’ll be buying food that hasn’t spent time traversing the country, or world, meaning it is fresher, and will be at its height in taste and nutrition. If your farmer’s market isn’t open year-round, or can’t be conveniently reached, make it a goal to go every month or once every-other week — whatever works for you. 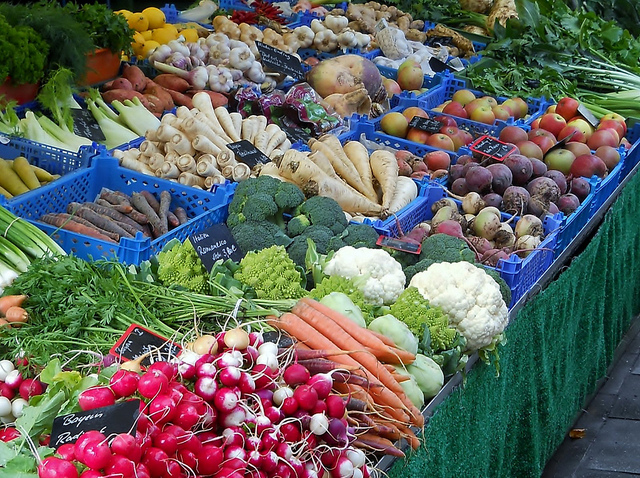 Again, this is a step that pairs well with the previous idea. If you are eating foods sourced through your local farmer’s markets, you’ll be eating in season. Even if you aren’t purchasing locally, your grocery store will have plenty of in-season options to choose from. Don’t know what is in season near you? The Natural Resources Defense Council (or, NRDC) has this tool on its website where you can select by state, produce, and time of year to find a the right, and ripe food you are looking for.

On the surface “eating in season” sounds like an undefined parameter, but if you make it a conscious effort to buy at least one food that falls in this category with every major grocery shopping trip, you’ll be well on your way to transforming the way you eat, little-by-little. 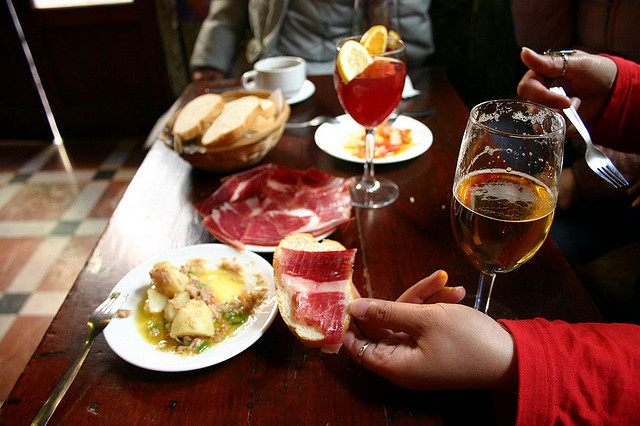 Traveling in 2014? By all means, do not let the idea of a “diet” stand in the way of learning about local culture. Embrace the tapas style of eating with multiple small plates that allow you to sample various dishes. This resolution works even if you aren’t traveling. While you’re out supporting local food growers, buying the freshest foods available, and avoiding over-processed items, you can continue to alter your way of living by branching out with new cuisines.

If you are on a diet, this will keep your food choices more interesting as well. Diets that are too restrictive or repetitive with food often have a high failure rate because people become bored with the same things day in and day out. Or, like New Year’s resolution makers, they aren’t ready for such a drastic change. In 2014, don’t think of what you can’t or won’t be eating; think of the new, varied, healthy palate you can discover. 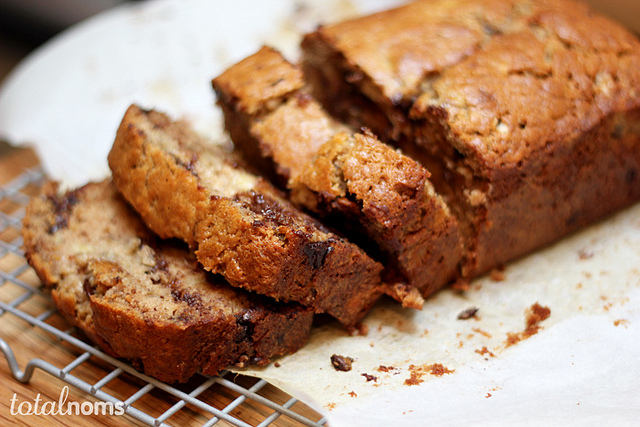 5. Consider all the uses for an item of food

An NRDC report from 2012 says that 40 percent of food in America is wasted ever year. This amounts to $165 billion worth of waste each year. Not all of this is the fault of the individual consumer, of course. Large companies and restaurants play roles in food waste as well, but everyone can take steps to reduce this outsized problem.

In restaurants, you can look for smaller portions if you know you will not eat the meal, or split a meal with a friend. Taking the food home and actually eating it the next day, instead of pushing it to the back of the fridge where it remains untouched until garbage day, can help as well. Some foods, like bananas for banana bread, can be used after they start to go bad. If you notice that you consistently cannot use all the fresh fruits and vegetables in your kitchen before they start to rot, try using canned or frozen vegetables. Many foods can also be frozen, such as breads, which can help reduce waste. 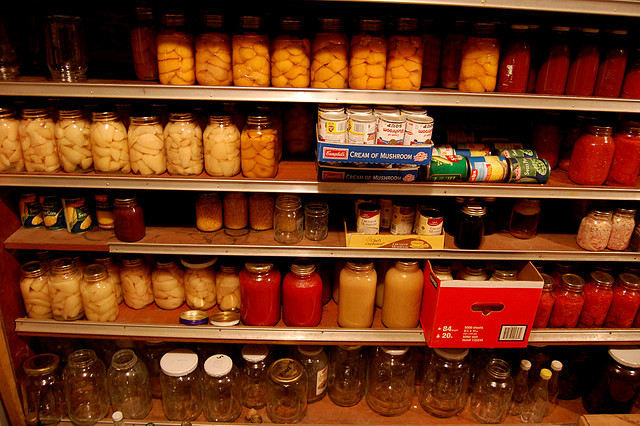 For all the naysaying about not taking too much stock in a new year being able to usher in grand changes, it is a concise, fresh start, and a reset button of sorts. In that vein of thinking, out with the old, in with the new definitely ought to apply to at least one aspect of your life — the pantry and cupboard.

Think about it. When was the last time you really went through and cleaned out one or both? Food waste is something to combat, but it isn’t an excuse for holding on to salad dressing that expired in 2005, or that last pack of ramen noodles left over from your college days.

Reorganizing and restoring your kitchen to a properly stocked condition is the perfect way to start 2014. Not only will it force you to assess your eating habits, and what changes — if any — need to be made, but it will also help you prioritize your shopping lists throughout the year. You’ll be able to notice what you buy, but don’t eat, and what foodstuffs fly off your shelves shortly after a trip to the store. 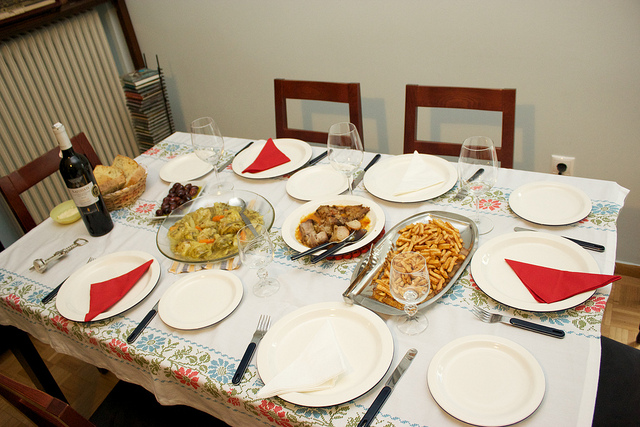 7. Make time for your meals

Eating hunched over your computer, or as you drive between meetings and appointments, work and home, hardly constitutes “meal time.” If you aren’t focusing on your food, you won’t notice how much of it you are eating, and you won’t fully enjoy it either.

Mindful eating, or taking the time to appreciate meals isn’t a new concept, but that doesn’t mean it is something most people practice. Psychology Today wrote about the concept in 2009, stating that mindfulness calls for “deliberately paying attention.” In giving tips on how to eat mindfully, it didn’t say you need to give up reading while eating, just don’t attempt to do the activities simultaneously. ”Read a page, then put the book down and eat a few bites, savoring the tastes, then read another page, and so on.”

Making time doesn’t have to be a solitary act either. Invite roommates, family members, neighbors, or friends for a real, sit-down, no distraction dinner at a dinner table. The meal doesn’t have to be fancy, or even homemade if cooking isn’t your thing, but eating together and with others can slow down the pace of your day, and raise awareness about what you are putting in your mouth.