Sour cream is best known as an addition to baked potatoes, but the underrated dairy product is much more versatile than you may think. Sour cream can be a welcomed addition to both dinners and desserts thanks to its signature tang that adds to the flavor and texture of many dishes, and what’s more, its taste can even be easily disguised, so if you have some sour cream haters on your hands, they won’t even have to know what they’re eating.

Next time you’re tempted to throw out an unused tub of the creamy goodness that is sour cream, check out these seven recipes that prove the dairy product can be the star ingredient in both savory favorites and sweet treats. From coffee cake to noodle bakes to banana bread and back again, these food formulas will prove just how underrated sour cream really is. 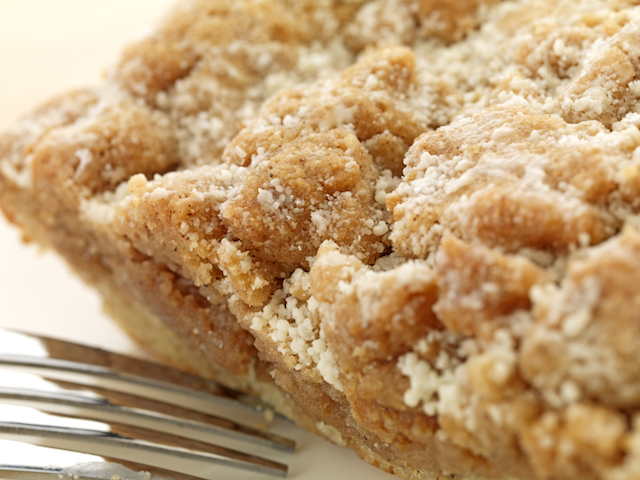 Grab a cup a coffee and get ready to start baking – it’s coffee cake time and you have Gimme Some Oven to thank for this recipe. Make sure you have your sour cream at the ready because it’s the key ingredient that gives this baked good its feathery texture and signature cinnamon sugar flavor that just about no one can resist. One full 12-ounce container of sour cream will be enlisted for this recipe, along with a handful of other baking staples, but don’t fear, instead of tasting its tanginess, you’ll just reap the benefits of the texture the dairy product facilitates.

Directions: In a mixer, cream together butter and sugar. Add eggs to the mixture, one at a time, beating well after each addition. In a separate bowl, stir together the flour, baking soda, baking powder and salt. Add the dry ingredients to the creamed mixture alternately with the sour cream and vanilla. Mix until combined. Then pour half of the batter into a greased 9 by 13 baking pan, and sprinkle with half of the topping. Add the remainder of the batter on top, and sprinkle with the remaining topping. Bake at 350 degrees Fahrenheit for 30-35 minutes, until a toothpick inserted in the middle of the cake comes out clean. 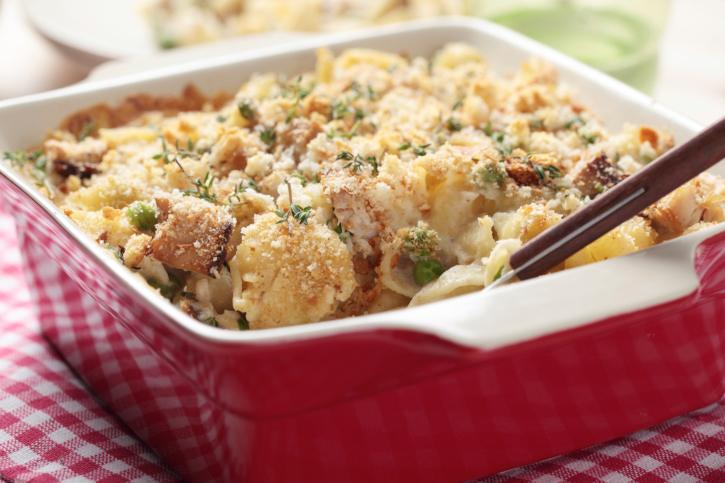 Switching over to the savory side of things, we come to this Sour Cream Noodle Bake from The Pioneer Woman. With this recipe, Ree proves that sour cream can be just as valuable in savory foods, as it is in sweet treats, too, and after you taste the creaminess of this noodle bake, you’ll see what we mean. Gather your ingredients and get going. This dinner only takes 10 minutes of prep time, and you’ll be enjoying compliments post-meal much longer than that.

Directions: Preheat oven to 350 degrees. Brown ground chuck in a large skillet. Drain fat, then add tomato sauce. 1/2 teaspoon salt and plenty of freshly ground black pepper. Stir, then simmer while you prepare the other ingredients. Cook egg noodles until al dente. Drain and set aside. In a medium bowl, combine sour cream and cottage cheese. Add plenty of freshly ground black pepper. Add to noodles and stir. Add green onions and stir. To assemble, add half of the noodles to a baking dish. Top with half the meat mixture, then sprinkle on half the grated cheddar. Repeat with noodles, meat, then a final layer of cheese. Bake for 20 minutes, or until all cheese is melted. 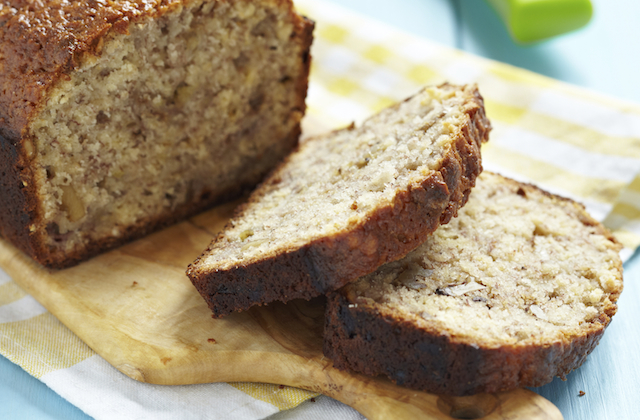 And after your dinner, won’t you consider using up your remaining sour cream to make this Banana Sour Cream Bread from All Recipes? You won’t regret it, especially considering this baked good can be ready in all of 1 hour and 10 minutes. And only 10 minutes of that accounts for prep time. It’s likely that you’ve baked a loaf of banana bread many times before, but if you have yet to make it with sour cream, it’s worth making one more. 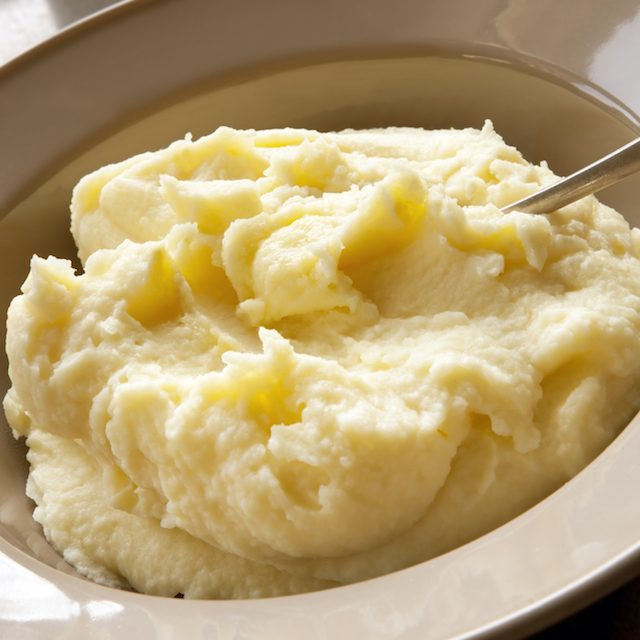 We know you’ve tried sour cream on your potatoes, but what about in them? If this is a foreign concept for you, then you better pull out your whisk, because things are about to get creamy. Milk isn’t the only dairy product that can make or break potatoes – sour cream can, too, and it’s high time you found this reality out yourself. Make Ina Garten’s recipe for sour cream mashed potatoes and see if you agree.

Directions: Cut the potatoes into 1-inch cubes and place them in a large pot. Cover the potatoes with cold water and add enough salt so the water tastes quite salty. Bring to a boil, then lower the heat and simmer, uncovered, for about 10 to 12 minutes, until the potatoes fall apart easily when pierced with a fork. 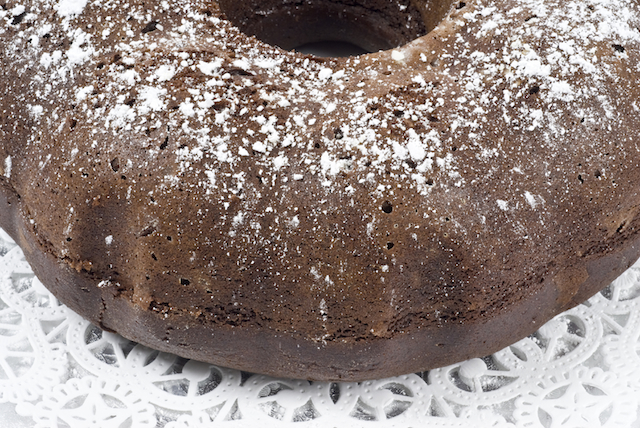 This list is lacking chocolate, and that’s why we’re highlighting this recipe from Two Peas and Their Pod for Chocolate Sour Cream Bundt Cake to showcase how sour cream can amplify the flavor in chocolate recipes, too. Almost everyone loves a good bundt cake, and when sour cream is involved, you really can’t expect anyone to pass on your dessert. And can you blame them? Sour cream lovers and haters can agree that rich chocolate cake with a decadent glaze is just about impossible to resist – just don’t tell the latter group what your secret ingredient is.

Directions: Position a rack in the center of the oven and heat to 350 degrees Fahrenheit. Butter and flour a 10 or 12-cup Bundt pan and set aside. In a small saucepan, combine the butter, cocoa powder, salt, and water and place over medium heat. Cook, stirring, just until melted and combined. Remove from the heat and set aside.

Scrape the batter into the prepared pan and bake until a toothpick inserted into the center of the cake comes out clean, 40 to 45 minutes. Let the cake cool in the pan for 15 minutes and then invert onto a rack. Let cool completely before glazing.

While the cake is cooling, make the chocolate glaze. Place the chopped chocolate and corn syrup (or agave) in a medium bowl and set aside. Combine the heavy cream and sugar in a small saucepan and put over medium heat. Stir until the cream is hot and the sugar is dissolved. Pour the hot cream over the chocolate and whisk until smooth.

Generously drizzle the glaze over the cooled cake, allowing it to drip down the sides. Cut into pieces and serve. 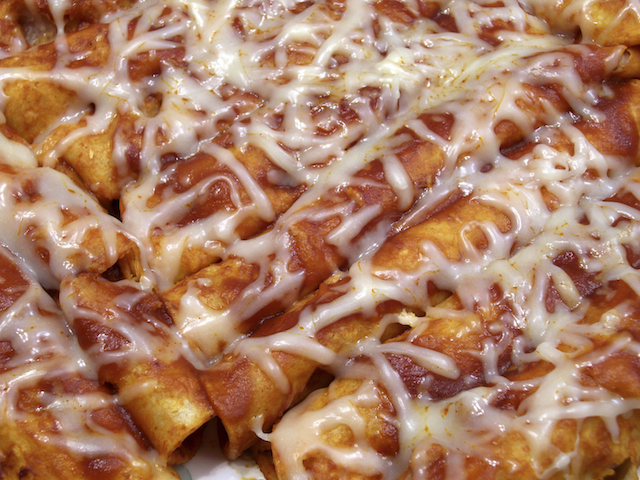 Time for some Sour Cream Chicken Enchiladas from The Salty Kitchen. Is dinner ready? In all of 55 minutes (35 of which account for oven time), you can get this meal on the table, and then eat your heart out. Enlisting cheese, sour cream, jalapeños, tortillas, and, of course, chicken, these enchiladas will remind you just how dangerous (and delicious) Mexican food is.

Directions: Preheat oven to 375 degrees Fahrenheit. In a large skillet, heat butter and olive oil over medium heat. Add onion and sautee until tender. In a large bowl, combine the soup and the sour cream or Greek yogurt. Add the jalapeños and chili powder to the onions, and stir well. If you like things a little less spicy, just use green chilies. Remove the onions from heat, and add 3 tablespoon of the soup mixture. Stir well. Stir in the chicken, and combine gently.

In a 9 by 13 baking dish, add 2-3 tablespoon of the soup mixture and coat the bottom of the dish. Use about 1-2 tablespoon of the chicken mixture and spread around tortilla. Add a sprinkle of cheese on top of the chicken mixture. Roll the tortilla up tightly, and place seam side down in baking dish. Repeat until all mixture is used. I can usually get twelve enchiladas. Spoon the remaining soup mixture on top of the enchiladas. I like to saturate it with this mixture. Tightly cover your dish with foil, and cook for 20 to 25 minutes. Remove foil, and add cheese and extra jalapenos if you wish. Bake for another 5 minutes, or until cheese is bubbly. 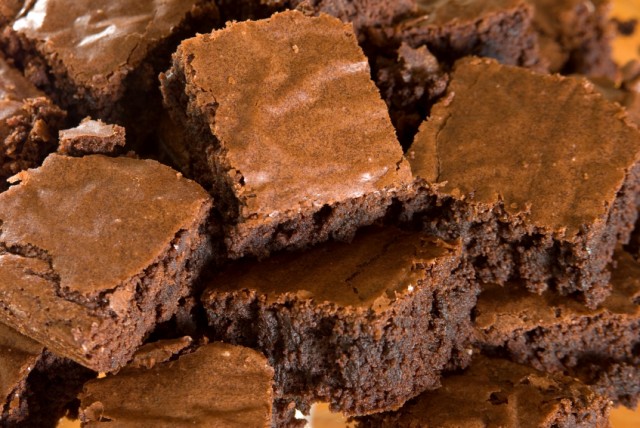 Last, but not least: Sour Cream Brownies from Bake or Break. In this situation, we think we’re going to go with bake. We’d like to think we’ve already proven that sour cream can ramp up the taste and texture in just about any sweet or savory dish, but just in case you’re not yet convinced, have a chocolate brownie. We guarantee they’ll seal the deal. The light texture and buttery taste of these brownies can be attributed straight to the underrated dairy product, and after one bite, you’ll never look at the potato topper the same way again.

Directions: Preheat oven to 350 degrees Fahrenheit. Grease an 8-inch square baking pan. Place chocolate and butter in a microwave-safe bowl. Heat in microwave at half power in 30-second increments until butter has melted and chocolate melts when stirred. Stir until smooth. Set aside to cool slightly. Whisk together flour, baking powder, and salt. Set aside.

Beat sugar, eggs, and vanilla until well-blended. Add chocolate mixture and mix until smooth. Gradually mix in flour mixture, mixing just until combined. Stir in sour cream just until combined. Stir in chocolate chips. Transfer batter to prepared pan. Spread evenly. Bake 38-42 minutes, or until a pick inserted into the center comes out with moist crumbs. Cool completely in pan before cutting into bars.