8 Up-and-Coming Neighborhoods in the U.S. 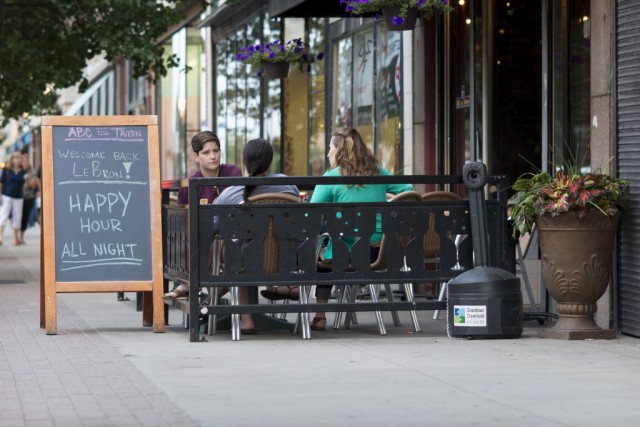 Sometimes neighborhoods are given a second chance. Through new development and marketing campaigns, areas that once struggled are beginning to flourish. These areas are prime examples of what a little neighborhood TLC can do for a city. Ready to see what U.S. cities have the most promise? Here’s a look at eight of 2014’s up-and-coming neighborhoods.

“Located across the Cuyahoga River west of downtown Cleveland, Ohio City is home to the bustling West Side Market, a six-acre urban farm, a growing number of ethnic eateries and some of the city’s trendiest nightlife,” writes USA Today.

If you’re someone who appreciates a great home brew, Ohio City will be right up your alley. It’s earning quite a reputation for being an outstanding brewery district filled with great local breweries and excellent beer bars. Home to 9,000 residents, Ohio City is filled with great neighbors, fun activities, and unique local businesses. 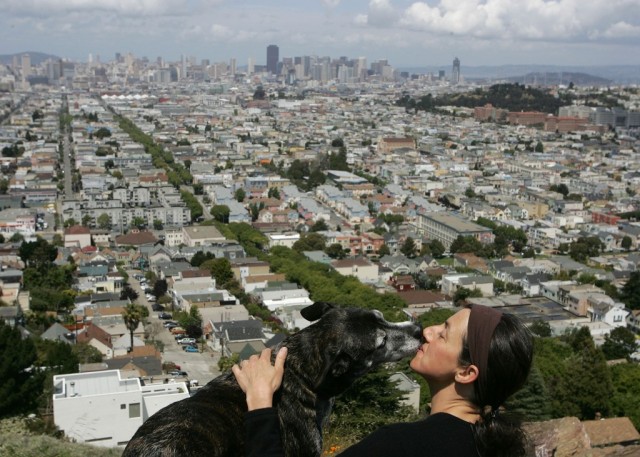 “Bernal Heights has ‘It.’ It has the small town feel while still being in San Francisco. You can feel as though you’re separated from the craziness of the city when you get home, yet are so close if you desire a night on the town,” according to a Redfin report on 2014’s hottest neighborhoods.

There are also plenty of great parks and tons of eclectic and unique restaurants and shops. Easy access to the 101 and 280 will also appeal to those working in the South Bay area. As far as real estate goes, things are looking good for homes in Bernal Heights. In 2013, the Redfin report writes that many home offers faced competing bids, in part because people who buy in this neighborhood see it as a place to settle down. 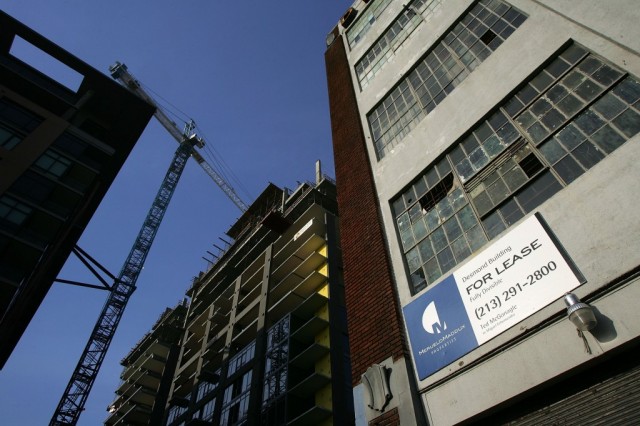 This neighborhood, according to 24/7 Wall St., may not look like it’s about to make a comeback — especially at first glance. In fact, this city is one of the densest neighborhoods in L.A. So, why is it on the list? Due to the adjacent L.A. Live commercial development, which is anchored by the Staples Center.

The L.A. Live development is helping this area turn around quickly. It’s even prompted marketing campaigns, with one boasting that “over 30 restaurants, nightclubs, and entertainment locations are within a 10-minute walk.” 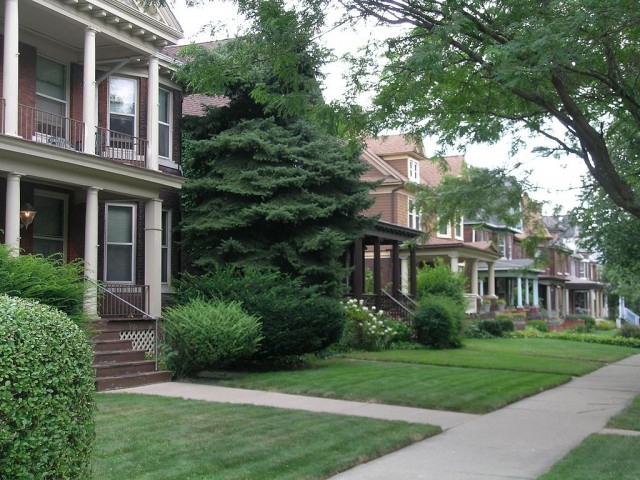 This neighborhood is quickly making a name for itself. Its well-rounded residential area provides an assortment of great restaurants, unique galleries, beautiful community gardens, and markets, per USA Today. The shopping alone should be enough to lure you to Midtown. There are great high-end shops such as Hugh and Nora, in addition to restaurants such as Maccabees at Midtown and Great Lakes Coffee Roasting Co.

There is also rail development happening here, in addition to non-motorized transportation plans that will soon connect the district to others through greenways and bike paths. This neighborhood is striving to gain more young professionals, too, and provides living incentives to lure them to Midtown, according to MLive. The Midtown neighborhood now has a healthy 97 percent residential occupancy rate, thanks to incentives that include $2,500 in annual rent assistance, or a $20,000 down payment match on a home purchase. 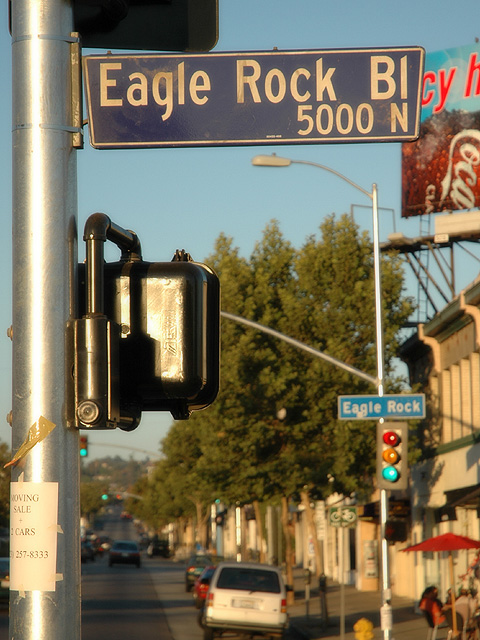 This neighborhood is able to offer its residents a little bit of everything. It also provides a small town feel for those who want to live in a big city, without actually feeling like they are. What can you expect in Eagle Rock? TimeOut writes that this neighborhood is the epitome of eclectic charm and has found a nice balance between things old and new. You’ll find great specialty clothing stores, fun and unique markets, great antique shops, and an endless assortment of restaurants and bars. Additionally, Redfin writes that the neighborhood’s page views have grown by 128 percent, and the median sale price is $539,000.

“Some buyers are attracted to the schools, and others appreciate the many great shops, bars, and restaurants on Colorado Boulevard,” per Redfin. 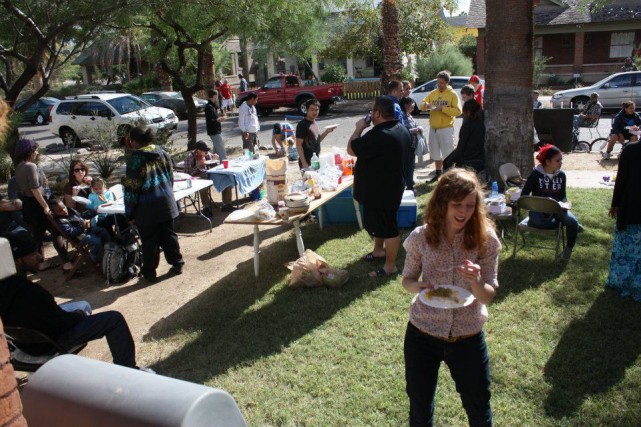 The average home price here is $150,759, according to Phoenix New Times. Despite the urban city it resides in, the Woodland neighborhood is able to offer its residents historic living. The 1920s bungalows, typically built with bricks and broad shady porches, don’t just look nice — they were built with great craftsmanship, too, Historic Phoenix says.

Many of the quaint bungalows are within walking distance of the government mall area of downtown Phoenix and the Arizona State Capitol. It’s also a great area to ditch your car and opt for a bike. There are plenty of great destinations nearby, and you won’t have to deal with pesky parking downtown, per the Phoenix New Times. 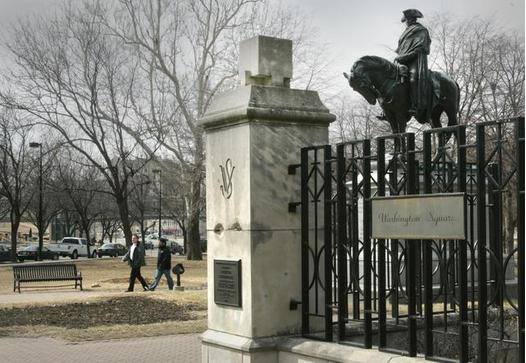 From 17th and Summit Streets, you’ll find the Westside neighborhood, filled with an infusion of cultures, ages, and ethnicities. USA Today writes that one of the district’s selling points is its beautiful homes, which range from gorgeous Victorians to colonials to postmodern architecture.

The neighborhood is also in the perfect location; you can either walk to the downtown area, or visit the Crossroads Art District, an area that houses unique shops, delicious restaurants and a must-see arts scene, according to Visit KC.

Looking for a few suggestions? Try the Chez Elle Creperie and Coffeehouse, Blue Bird Bistro, or The Westside Local. Be sure to keep an eye out for any Mexican or Latin American restaurants; this area is well-known for specializing in both! 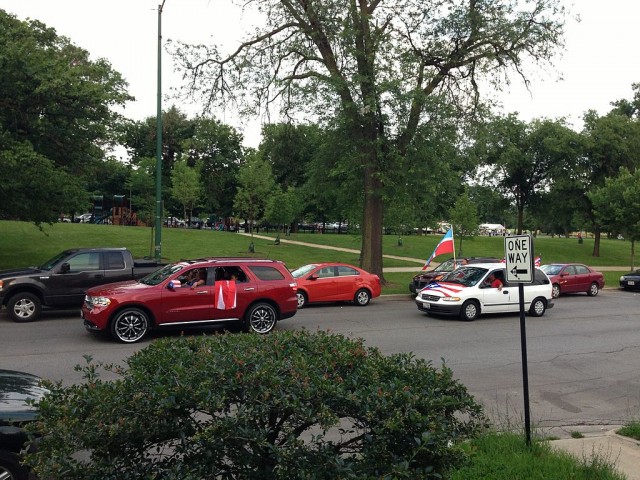 “Consistent price increases in neighboring Wicker Park and Logan Square have caused home buyers to settle in nearby Humboldt Park, where prices are lower and space is more abundant than in the more expensive areas nearby. Humboldt Park has a wide variety of historic homes as well as new construction homes with green features, all creating an eclectic mix of housing options for those looking to buy,” says Clayton Jirak, a Redfin real estate agent.

The area has a median home sale price of $189,450 and has seen a 158 percent increase in its page views. The Bloomingdale Trail is also a fantastic feature to look out for. It is Chicago’s first elevated public park and includes nearly three miles of multi-use recreational space for the neighborhood’s residents.