Here Are Some of the Tastiest Recipes Using Wonton Wrappers

As an ingredient, wonton wrappers are relatively inexpensive, easy to locate, and versatile. Appetizers, snacks, breakfast, and dessert can all be created with the thin sheets of dough. Once you start cooking with wonton wrappers, you’ll wonder why you didn’t start using them earlier. To get you hooked on the many ways to use wontons, here are eight must-try recipes.

Crispy homemade chips are only three ingredients away when you’re following Clinton Kelly’s recipe from ABC’s The Chew. Plus, the chips require hardly any baking time, needing only a few minutes to crisp into chip form.

Directions: Preheat the oven to 350 degrees Fahrenheit. Cut the wonton wrappers in half diagonally, and arrange them on a cookie sheet. Spray with vegetable oil or brush lightly with melted butter. Top with sea salt or sesame seeds. Bake for a few minutes until golden brown and crisp.

Rethink how you do lasagna and make Eating Well’s mini lasagnas made with wonton wrappers and baked in a cupcake tray. It is recommended that you follow the recipe to get a handle on the ratios needed before making substitutions and trying new fillings.

Directions: Preheat oven to 375 degrees Fahrenheit. Coat a 12-cup nonstick muffin tin with cooking spray. Whisk milk and flour in a small saucepan. Bring to a boil over medium-high heat, whisking constantly, until bubbling and thickened enough to coat the back of a spoon, about 3 minutes. Remove from heat and whisk in Asiago and pepper to taste.

Heat oil in a large skillet over medium-high heat. Add shallot, mushrooms and salt and cook, stirring occasionally, until the mushrooms release their liquid, 3 to 5 minutes. Add asparagus and cook, stirring, until just beginning to soften, about 3 minutes.

Place another wonton wrapper over the filling, pressing down gently to form a “cup.” The corners of the wrappers will stick up, forming four little points. Repeat with another layer of the ricotta mixture, Asiago sauce and vegetables. Coat the tops with cooking spray. Bake the mini lasagnas until the tips of the wonton wrappers are golden brown and the filling is bubbling, 18 to 20 minutes. Let cool in the pan for 5 minutes. Loosen and remove with a paring knife. Serve warm. 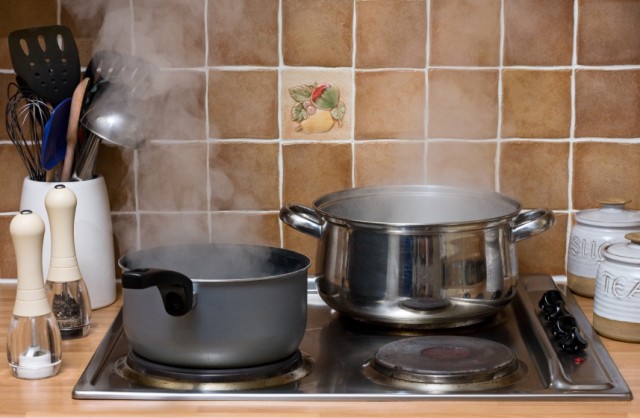 A more conventional take on the wonton comes from Gourmet, via Epicurious. To make preparation of the wonton soup easier, you can make the wontons up to one month in advance. If freezing, place the wontons in a layer on a plastic-lined baking sheet. Once frozen, you can store them in the freezer in a sealable plastic bag. The broth can chill for up to one day; the soup serves six.

Directions: For the broth, simmer pork ribs, chicken, scallions, ginger, and water in a 6- to 8-quart tall narrow stockpot, uncovered, until meat is very tender and falling apart, 4½ to 5 hours. Pour broth through a sieve into a large bowl and discard solids. Cool broth, uncovered, then chill, covered, at least 1½ hours.

Fill the wontons. Stir together pork, yolk, scallions, ginger, soy sauce, vinegar, sesame oil, salt, and white pepper in a bowl in 1 direction with your hand until just combined (do not overwork, or filling will be tough).

Put one wonton wrapper on a work surface (keep remaining wrappers covered with plastic wrap). Spoon a rounded teaspoon of filling in center of square, then brush water around edges. Lift 2 opposite corners together to form a triangle and enclose filling, pressing edges firmly around mound of filling to eliminate air pockets and seal. Moisten opposite corners of long side. Curl moistened corners toward each other, overlapping one on top of the other, and carefully press corners together to seal. Make more wontons in same manner.

Finish soup by skimming any fat from broth, then bring to a simmer in a 5- to 6-quart pot. Stir in bok choy, salt, and white pepper and simmer, uncovered, until bok choy is crisp-tender, 3 to 4 minutes. Add wontons and simmer, uncovered, gently stirring, until filling is just cooked through, about 3 minutes (cut 1 open to check).

Choosing whatever ravioli filling you’d like is possible, and you don’t have to make fresh pasta dough to do so. Instead, wonton wrappers become your pasta, and with Cooking Light’s recipe, you’ll have a semi-homemade ravioli dinner for six.

Working with one wonton wrapper at a time (cover remaining wrappers with a damp towel to keep them from drying), spoon about 1½ teaspoons squash mixture into center of each wrapper. Moisten edges of wrapper with beaten egg; bring two opposite corners together. Pinch edges together to seal, forming a triangle. Repeat procedure with remaining wrappers, squash mixture, and egg. Cover ravioli loosely with a towel to prevent drying.

Bring 6 quarts water to a boil in a large Dutch oven. Add half of ravioli; cook 3 minutes or until thoroughly cooked. Remove ravioli with a slotted spoon. Repeat procedure with remaining ravioli. Add ravioli to pesto; toss gently to coat. Arrange six ravioli on each of six plates; sprinkle each serving with 1 teaspoon walnuts.

In desperate need of a bite of apple pie? NeighborFood has the wonton-sized answer to your cravings. Dip the bite-sized pies into the homemade caramel sauce or serve with ice cream.

Directions: Melt the butter in a small saucepan over medium low heat. Add the apples, brown sugar, cinnamon, and salt. Stir until well combined then continue to cook for 1-2 minutes. Remove from heat.

Preheat the oven to 425 degrees Fahrenheit. Lay the wonton wrappers out on a sheet of parchment paper so when you’re facing them they’re in the shape of a diamond. Place about 1 tablespoon of the apple mixture in the center of each of the wontons, then brush the edges with milk. Fold the bottom corner up to the top corner so it forms a triangle and press the edges together to seal. Adding extra milk to the edges can help seal them together. Brush the top of the wontons with milk.

Line two baking sheets with parchment paper then spray them lightly with cooking spray. Place the wontons on the baking sheets and bake for 9-12 minutes, or until browned and crisped.

To make the caramel, in a large heavy pot, spread sugar in a thin, even layer. Turn burner to medium and heat until parts of the sugar begin to bubble and liquefy.
Gently stir the mixture, moving the unmelted sugar to the hottest parts of the pot. Continue, stirring occasionally, until all the sugar is melted.

Meanwhile, heat cream in the microwave or over the stove, until warm (not hot) to the touch. When the sugar is completely melted and has turned a deep golden amber color, remove from heat. Whisk in ½ of the warmed cream. The mixture will bubble. Whisk in remaining cream until smooth. Stir in salt and vanilla. If any caramel has hardened, simply place over heat and remelt until smooth. Serve the warm apple wontons with warm caramel sauce.

Bring your wontons to the breakfast table by making Diabetic Foodie’s recipe for eggs baked in wonton cups. Like the lasagna, it uses a cupcake tray to mold the cups and for baking.

Perfectly crunchy on the outside, and cheesy on the inside, the mozzarella sticks from Taste of Home made with wonton wrappers deserve a spot on your appetizer tray. The 12 sticks will quickly disappear, so double or triple the recipe if you need a game-day appetizer or to feed a crowd.

In an electric skillet, heat ½ inch of oil to 375 degrees Fahrenheit. Fry sticks, a few at a time, for 30 to 60 seconds on each side or until golden brown. Drain on paper towels. Serve with marinara sauce. 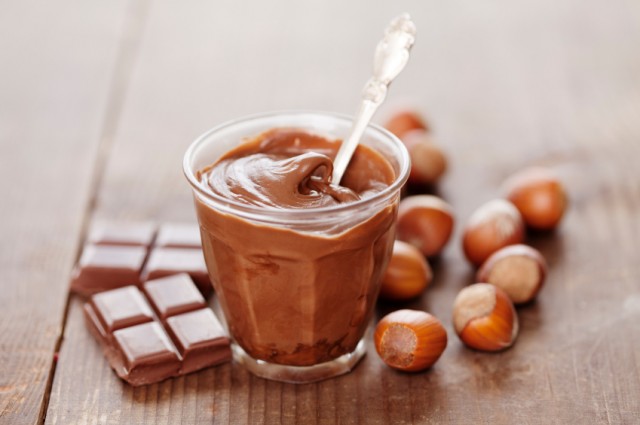 Another way to make a dessert using wonton wrappers comes from Sweet Savory Life via Tasty Kitchen. Coated in cinnamon sugar, this dessert could not be sweeter and is a wonderful way to combine bananas and Nutella.

Directions: If necessary, defrost wonton wrappers in the refrigerator at least a day in advance. Heat canola oil over medium-high heat in a small fry pan. Have enough oil in the pan to fry one wonton at a time.

Make an assembly line with the Nutella, bananas, and egg wash. Place about 1 teaspoon of Nutella in the center of a wonton wrapper then put a banana on top. Wet all four edges of the wrapper with the egg wash and seal into a triangle shape. Fry until golden brown on each side, remove from the oil and place on a paper towel to drain. Sprinkle each side with cinnamon sugar. Recipe makes about forty wontons.