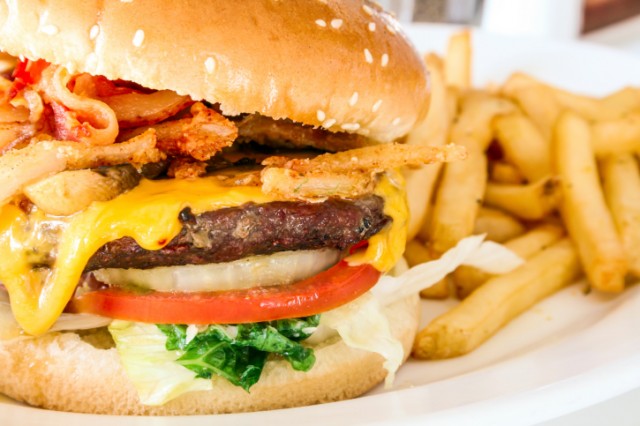 All that loosening of the belt over the past few decades has left America with an obesity epidemic, and one that is leading to a myriad of associated costs and issues. As many countries in the world struggle to get enough food to citizens, Americans enjoy a plethora of choices, made available due to increased technology and zeroed-in farming techniques pioneered by science and big business. But it’s clear that we’ve gotten a bit soft, and it’s only a matter of time before our nonchalant attitude toward obesity comes back to bite us. One of the ways that it’s going to catch up with us is in our collective pocketbook, as new research suggests that America’s obesity problem will cost way, way more to deal with than anyone expected.

The number that’s been pegged by the Brookings Institution, in a partnership with World Food Center of the University of California-Davis, is $1.1 trillion, an average individual cost of $92,000. The research shows that adult obesity rates have skyrocketed over the past 20 years (seen in the map below), with high-concentrations having developed in the Southern states, as well as in parts of the Midwest. That huge rate of increase will ultimately result in giant collective bills for healthcare, obesity prevention, and lost productivity down the road. 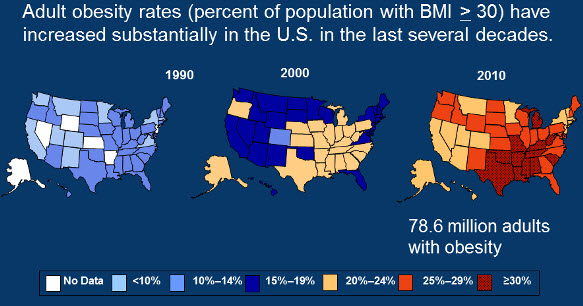 The full presentation comes to a number of conclusions, the most sobering of which simply states that, “…obesity does not only impose costs on individuals.” This simple yet profound statement is due to create some friction with many Americans, who feel that what they eat and how often they choose to exercise are choices left up to the individual alone.

What the Brookings study is saying is that this is not necessarily the case.

The question is, does society — including your neighbors, coworkers, friends, and family — get to have a say in your lifestyle and dietary choices? That’s an uncomfortable thought, but it’s clear that individual choices are leading to disastrous and expensive outcomes for the rest of society.

Those costs to businesses and the economy are real, and when we combine lost productivity with days lost to sickness or poor health, unhealthy workers cost the economy $576 billion a year, according to a report from The Integrated Benefits Institute. If we look at obesity-related issues only, Yale researchers found that weight issues account for 9.3% of all absenteeism costs.

That’s not a small number, but the looming figure of more than $1.1 trillion should be even more alarming. Those costs, in aggregate, would tally up to War on Terror-like numbers, and put even more strain on an already-unbalanced federal budget. “The lifetime costs of obesity are sobering to say the least,” said University of California System President Janet Napolitano, who also served as the Secretary of Homeland Security during President Obama’s first term.

The seriousness of the issue was echoed by researchers from Yale. “Understanding all economic costs of obesity, including lost productivity, is critical for policymakers working on obesity prevention at any level,” said Tatiana Andreyeva, director of economic initiatives for Yale’s Rudd Center. “Quantifying not just obesity-related health care costs but also economic costs is essential for informed decision making.”

It’s not a pretty picture, and frankly, it doesn’t seem like Americans are really up for doing much about it. But that doesn’t mean that some policy initiatives can’t be instituted to try and stymie the continued growth of America’s guts. The key to battling obesity, and to reducing that dreaded $1.1 trillion figure to a much smaller, and more manageable number, is to convince people to adopt a proper diet and exercise regimen.

Getting to that point is tricky. The government could, for example, subsidize gym memberships, give tax breaks to businesses who offer gym memberships to employees, or any other number of things. But what’s most likely to be effective is to stop the subsidization of unhealthy foods and behaviors. How that will mesh with American’s affinity for making their own choices, however, will be interesting to see.