Be a ‘Modern’ Bombshell: Sofia Vergara’s Workout and Diet Plan 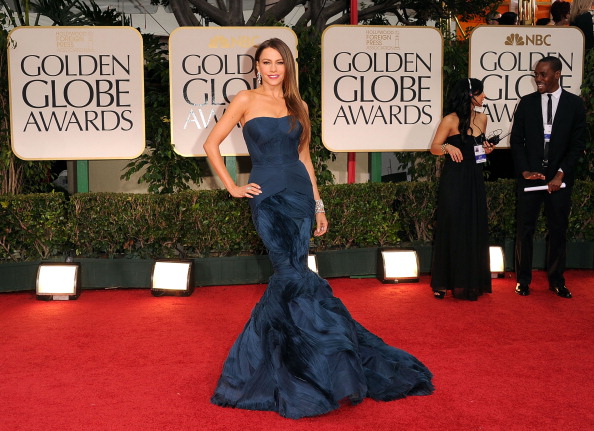 Modern Family star Sofia Vergara has many claims to fame: the Colombian actress is highly skilled at her craft — she’s been nominated for 4 Golden Globes and 4 Primetime Emmys — and always looks glamorous walking the red carpet. Of course, one of Vergara’s most enviable qualities is her Hollywood bombshell body. She has a perfect hourglass frame, and it’s no secret that she works hard for it!

Vergara’s personal and professional schedules are jam-packed, so she has to make a concerted effort to maintain a consistent health and fitness regimen. By doing so, she follows one of the fundamental rules of diet and fitness: consistency. Read on to learn some tips on how to eat and exercise to achieve a beautiful body like Sofia’s!

One of Vergara’s trainers, Jennifer Yates — founder of Studio Metamorphosis in Los Angeles — tells People that, “We work out at least five times a week for 50 minutes to an hour, depending on her schedule. She’s dedicated!”

Commitment is the first step of many to achieving a killer body, and Vergara has dedication down pat. While many stars may say that exercise is the time they use to relax or escape from everyday life, Vergara speaks to the contrary, telling The New York Times that, “For me it’s punishment. It’s not like, ‘Oh, let me relax and go to the gym.’ It’s not my ‘me time’ or my fun time. No. It’s my torture time. So of course I try to avoid it or make excuses every time.” 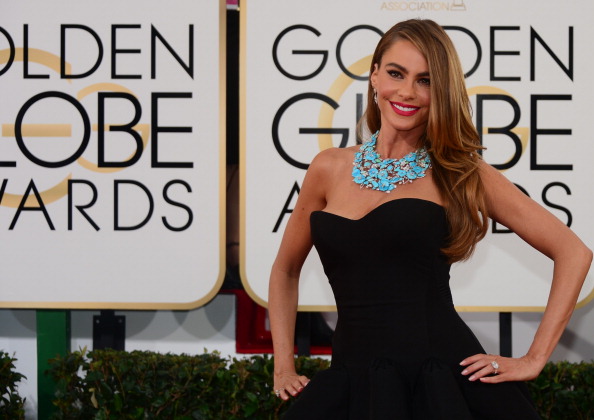 In spite of those excuses, she sticks faithfully to her fitness regimen, working out 3-5 times a week — and the results are obvious. Vergara’s other trainer, Gunnar Peterson (who has worked with the likes of Kim Kardashian and Megan Fox), tells InStyle that Vergara’s routine involves many squat-focused exercises to work her glutes. “She keeps hips and glutes lifted and perfect with a variety of lunges and squats,” he adds, adding that Vergara’s routine is a “balancing act.”

“We work on shoulders to accentuate her small waistline. We do some isolation work but mostly compound (movements that require more than one joint, and more than one muscle group) as it’s more efficient.” Try these moves to achieve a body like Vergara’s — and remember, consistency is key! 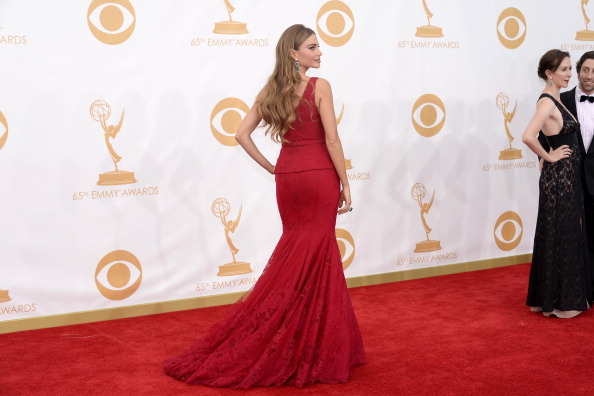 Just like her fitness regimen, Vergara’s diet focuses on consistency. She doesn’t altogether deny herself indulgences, but she does manage to keep a reasonable distance throughout the week. When asked if she follows a “special diet,” Vergara tells The , “No. I’m very lucky, I love healthy eating. I love fish, I love eating vegetables, and I love salads. But I also love desserts. So I try to eat everything, but in moderation.”

When she does go out to indulge in her favorite cuisines, she tries to stick to lighter fare, such as sushi and Middle Eastern foods. Keeping things reasonable during the week, she admits that she does indulge her cravings more on the weekends. Vergara’s trainer Gunnar Peterson recommends that clients cut out a substantial amount of carbohydrates and sodium from their diet, as these can both make your body retain water — which, Peterson says, “blurs, to a certain degree, definition and muscle separation,” according to FitSugar.

Vergara is also careful to keep her vices in check, telling US Magazine that she doesn’t smoke or do drugs, but that she does “drink to have fun.” Enjoying all of these indulgences in moderation is how Vergara keeps her body in red carpet shape. There are no magic tricks behind it, just a pure and simple dedication to looking and feeling her best.