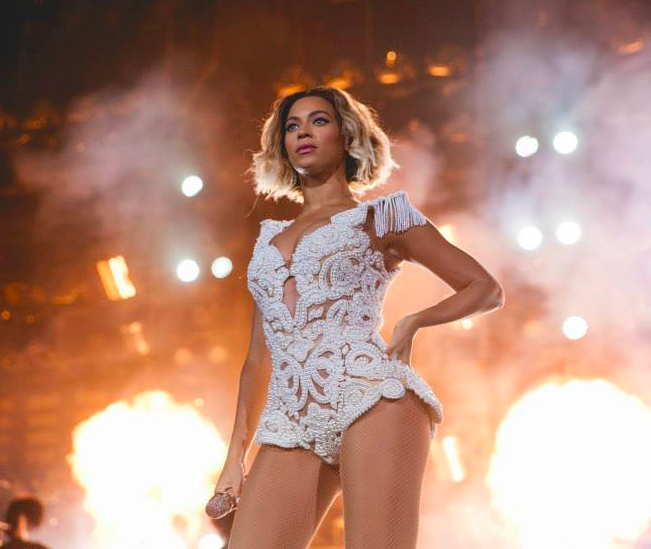 From her killer curves to her perfectly toned body, the reigning queen of pop is a fitness inspiration. Beyoncé’s secret? Hard work, which is something she had to put into practice after the birth of her daughter, Blue Ivy. Not only did she want to lose the baby weight and tone up, but she wanted to motivate others to as well.

Beyoncé successfully shed her baby weight, further adding to her outstanding list of accomplishments. Months after giving birth, she was back on stage performing. “Y’all have no idea how hard I worked!” Beyoncé told fans during her first concert back at Revel Beach’s Ovation Hall in Atlantic City on Saturday night. “I had to lose 60 pounds. They had me on that treadmill. I ate lettuce!”

Ready to hear what the well-known pop diva did to shed her pounds? Take a look at these tips from Queen Bey herself.

Beyoncé was focused on getting her body back after giving birth to her daughter. She was also the first to admit that it took a lot of hard work. “The truth is, it’s a lot of sacrifice. It’s more about your mental strength than physical strength. You have to push yourself. It doesn’t matter what trainer you have. And it doesn’t matter what program you’re on. You have to be healthy and make the right choices,” she said in a Fit Sugar article.

As soon as she got the go-ahead to exercise, Beyoncé focused on cardio, along with plyometric moves, such as lunges and jumps on and off a bench, per Us Weekly. She incorporated three 90-minute cardio sessions per week, mixing it up with running, dancing and crunches on an exercise ball.

But she doesn’t do it alone. She credits her personal trainer, Marco Borges, for her fabulous body. He has Beyoncé use his signature Power Moves philosophy in her workouts, which is designed to save time by using multiple muscles at once. Borges even boasts that you can whip your body into shape in just five minutes a day. Want to give it a shot? Try his five-minute total body blast, as shown in Us Weekly.

Do each of the exercises for one minute each, and in just five minutes you’ll have worked multiple muscles.

One of the things that makes Beyoncé’s body so enviable is she manages to stay toned but also maintain her killer curves. Life&Style writes that top celebrity trainer Nicole Winhoffer says the trick is to work your muscles in a 360-degree motion. “Shaping the muscles at 360 degrees is important to maintain a feminine figure, rather than the conventional linear motion you see by using machines at gyms.”

And if things start to get boring, do what Beyoncé does: just have fun. Beyoncé loves to dance, which helps keep her toned and burns major calories. Looking for a little extra motivation? Beyoncé recommends listening to music. “I’ll put on a song that I really like and do [biceps curls with] five-pound weights [for] the whole song and just try to burn out,” she told Self. And that’s how you work your way toward a Beyoncé body.

She’s been known to partake in diet fads in the past. Remember the master cleanse she used to get ready for her role in Dreamgirls? But these days, Beyoncé is opting for healthy weight loss.

One of Beyoncé’s most recent diets was a 22-day vegan diet, which her and her hubby, Jay-Z, did together. During an E Online interview, Borges breaks down exactly what the superstar ate. “She is all about health and wellness,” he shared. “She just wants to feel good.” 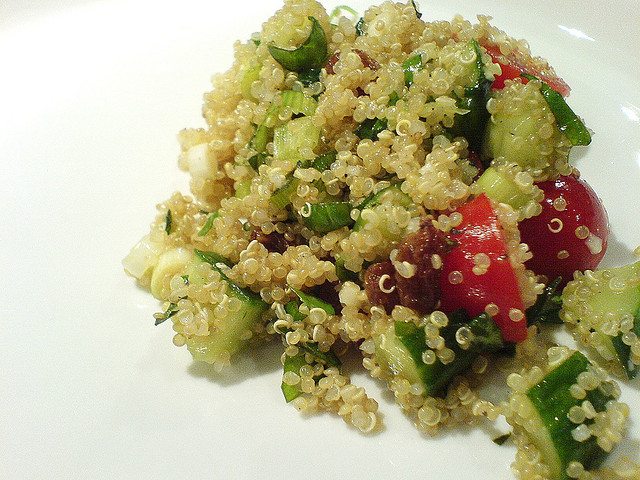 With her vegan diet, Beyoncé was all about produce, mainly eating fruits and veggies, and would try out fun vegan restaurants along the way. One of her go-to snacks was the 22Days Nutrition bars, which has flavors such as Peanut Chocolate-Chip Nirvana, Cherry Chocolate Bliss, and Pineapple Chocolate-Chip Wonder.

So, what’s her diet like on a day-to-day basis?  There’s no big trick – it’s just healthy eating; she sticks mainly to produce and lean meats. “The transition [from vegan] was fairly easy, because [now] she’s sticking to a mostly plant-based diet with some fish here and there,” Borges said. She also tries to stay around 1,600 calories a day.

Want to eat like the pop star? Try this Red Quinoa, Almond and Arugula Salad, per Us Weekly, which serves two.