Beer Brewing Basics: What You Need to Know to Craft Your Own Brew

Brewing your own beer has many benefits. You can save money, spare the environment the impact of manufacturing, and most of all, the obvious: You can create your own concoctions with little effort. And don’t some things just taste better if you’ve made them yourself?

With summer just around the corner, home brewing is all the more enticing: You can swap your beach beers for one of your own, or even invite friends over to share in the process. Whatever the case, this step-by-step process will have you converted in no time.

Read on as we break down the basics of homebrewing, with help from our friends at Brew Your Own magazine. 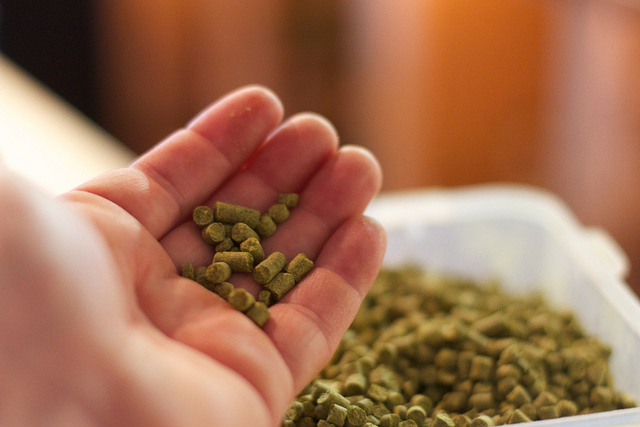 Malt is a grain that has been prepared for brewing by a process called malting. Malted barley is the most common base grain used in beer, but malted wheat is also prevalent. In some beers, unmalted ingredients — e.g. corn and rice — are used. Malt provides the sugar that the yeast consumes during the brewing process and therefore determines the strength of the beer. Simply put, more malt equals stronger beer. Still, most brewers do not malt their own grains. They simply purchase malt produced by “maltsters” or they use malt extract, a more highly processed form of malt.

Hops provide the bitterness to balance the sweetness in beer. Compared to malt, hops are added in small quantities to beer, even in the bitterest IPAs you’re probably used to tasting. Most home brewers use pellet hops in their brewing as this is a convenient form to store and use.

Yeast converts wort (or the unfermented beer) into beer by consuming sugars from the malt and converting them to alcohol and carbon dioxide — both necessary to give beer its kick and fizz.

Typically, most beers are more than 90 percent water by volume. Because of this, make sure you choose your water carefully: If your tap water doesn’t taste good, try using bottled spring water instead. 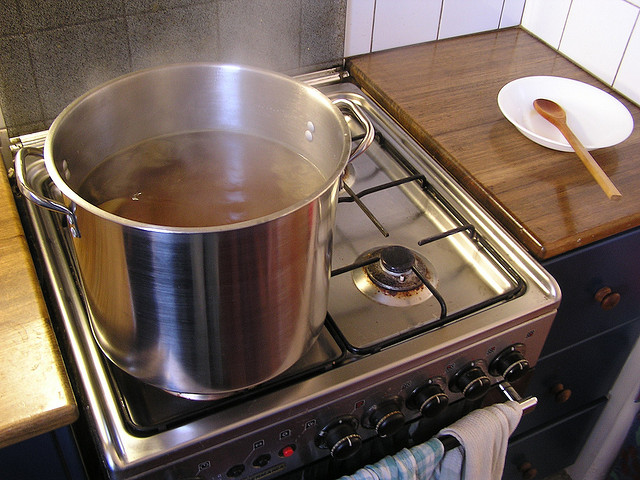 Though supplies might vary from brew to brew, the following basics are always good to have on hand. 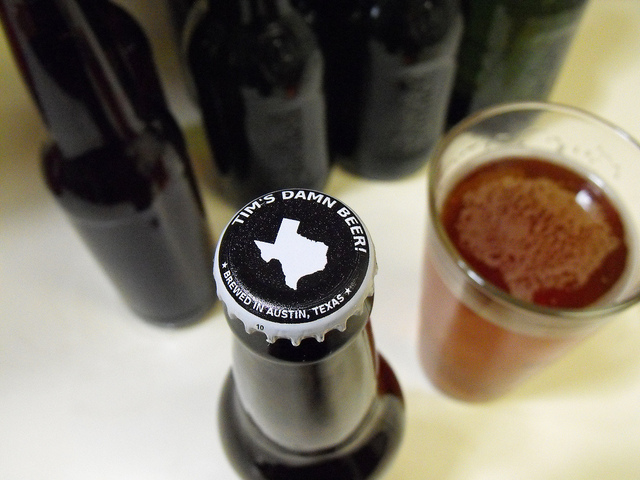 Note: Because brewing with grain is more involved and typically not the endeavor for first-time brewers, those interested should redirect here.

1. For beginners, extract brewing is more common. Simply put, you make your wort by dissolving malt extract in water, and likely steeping some specialty grains to add some additional flavors.  Before wort can be fermented, it must be boiled, which helps sanitize the wort and helps to make the finished beer a more stable product. During the boil, the hops are added to the wort and bitter compounds are extracted from them. After the boiling, the wort is cooled so that yeast can be added.

2. Once the wort is cooled, it’s time to add the yeast. After a short time in which the yeast acclimates to the wort, fermentation begins. For home brewers making average-strength ales, fermentation will last from a few days to a week. For brewers making stronger beers or lagers, fermentation can last longer — up to months. After the beer has fully fermented, it is ready to be bottled — or kegged — and served. 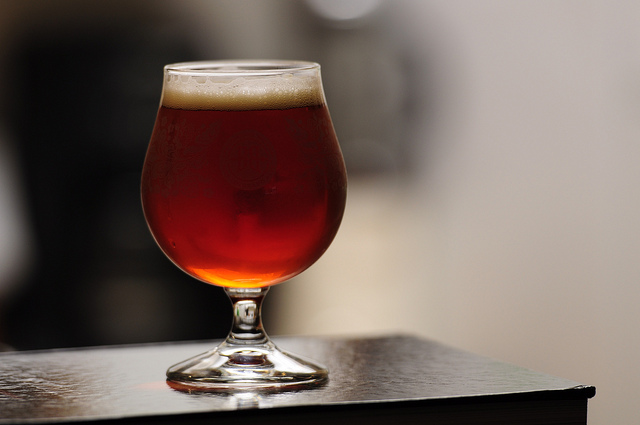 Cleaning and sanitizing your brewing equipment is the most important first step to beginning you process, as growth of other organisms in wort can cause the beer to spoil. To clean your equipment, look to TSP (tri-sodium phosphate) and PBW (Powder Brewery Wash) and scrub all of the surfaces you can reach.

To sanitize, soak any equipment that will touch wort in sanitizing solution. There are a few home brew-friendly sanitizers to choose from, including iodophor. Make a solution with iodophor by combining 1 ounce in 5 gallons of water. Be sure to run sanitizing solution through your racking cane and fermentation lock and let it sit there for the same amount of time your bucket is soaking. When you’re done, rinse the equipment with clean water.

For specific beers and more detailed instructions, check out the recipe index at Brew Your Own.