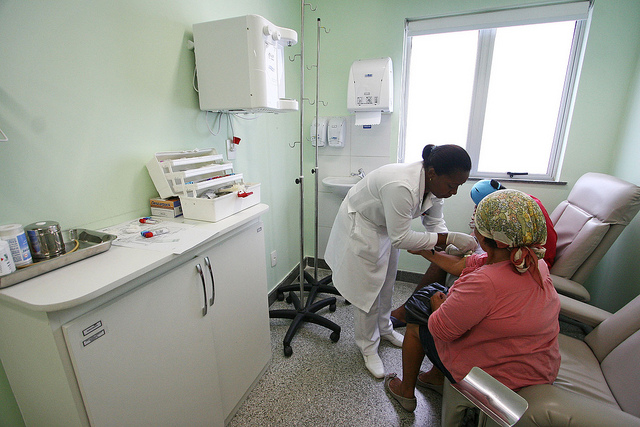 This winter’s frigid temperatures are impossible for just about anyone to bear, but new research from Yale researchers illuminates that the cold could be doing more than freezing your inner fire, it could be increasing your stroke risk. According to Forbes, Judith H. Lichtman, Associate Professor of Epidemiology at the Yale School of Public Health, presented findings last week at the International Stroke Conference that linked significant temperature changes and lower temperatures to a rise in stroke hospitalizations and deaths. Yale researchers analyzed the medical records of 134,500 people who suffered strokes between 2009 and 2011, and found that there was a noticeable correlation between larger daily temperature changes, lower average annual temperatures, and higher stroke hospitalizations and death rates.

Forbes reported that according to Litchman’s cross reference of medical records and weather data, researchers found that larger daily temperature changes and higher humidity were associated with an increase in stroke hospitalizations. Lower average annual temperatures correlated both with more stroke hospitalizations and with higher stroke death rates. With each average temperature increase of 1 degree Fahrenheit, the chance of being hospitalized for a stroke dropped by 0.86 percent, and the chance of dying from it dropped by 1.1 percent.

Those are heavy numbers, especially for this winter, when Americans all over the country are experiencing record-breaking low temperatures. Though American Stroke Association representative Daniel Lackland maintains that the research is “very, very preliminary,” he still recognizes that, “This is a very timely and interesting paper given the kinds of changes in temperature we’re seeing,” according to Forbes.

In addition, until last week, there was no conclusive evidence that lower temperatures yielded higher risks of stroke, but Lackland did point out that previous research has shown that lower temperature are associated with greater hospitalizations for angina, so that’s certainly a connection researchers are expected to look into.

Until then, Americans will continue to stay chilled to the bone this winter, but hopefully remain vigilant for the signs of stroke, which include a drooping face, arm weakness, speech difficulty, sudden confusion, and sudden numbness, as highlighted by Forbes.