Bonjour, McDonald’s: Burger Is the New Favorite Food in France 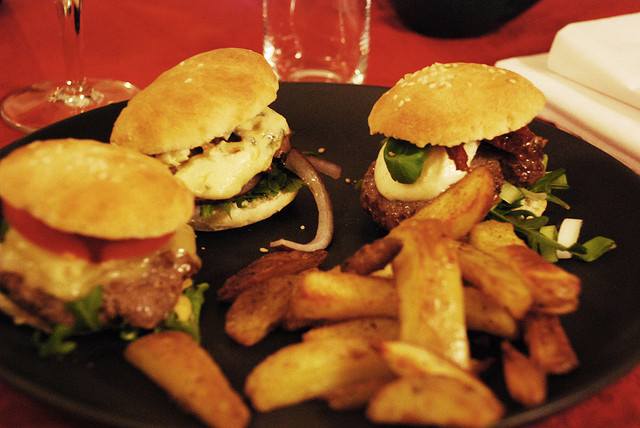 Americans have long been ridiculed by their European counterparts for their hearty appetite for hamburgers, but as it turns out, French consumers have finally seen the light. A study released Wednesday by Gira Conseil shows that burgers have become the new favorite food in France.

Bloomberg covered Gira Conseil’s study on the day of its release this week and reported that sales of hamburgers have jumped 40 percent in France since 2011, and the popularity of protein between two slices of bread has eclipsed that of steak frites and baguette sandwiches. Three-quarters of France’s 110,000 restaurants now include the American burger on their menus.

The rising celebrity of the burger isn’t only good news for ex-pats and beef lovers who want to get their burger fix — it’s also good tidings for one restaurant in particular: McDonald’s (NYSE:MCD). The world’s No. 1 fast food chain has been struggling in recent years to maintain its success in its domestic market, but France’s new enthusiasm for burgers is helping it offset the losses.

Although even the fanciest French restaurants are now putting hamburgers on their menus, Gira Conseil says that 977 million burgers were sold last year, and most of those sandwiches came from one of France’s 1,300 McDonald’s outlets.

McDonald’s has benefited from France’s economic slump — now, many more French consumers are interested in its fare, not only because it’s fast but because it’s cheap. Bloomberg highlighted the case of Jose Bove, the onetime presidential candidate who famously accused the fast food chain of serving “malbouffe,” or junk food, but it is clear that French consumers have since departed from that mindset.

But although McDonald’s is no doubt benefiting from France’s newfound fascination with the burger, the chain is certainly not the only company flipping the beef patties. According to Bloomberg, burger trucks in Paris, Bordeaux, and Lyon have especially become increasingly popular for their convenience and fast foods. Dozens apparently now regularly line up for sandwiches during the lunch hour at mobile eateries.

Even top-end French eateries are jumping on the bandwagon. The Associated Foreign Press reports that up to 80 percent of the country’s more than 100,000 traditional eateries now offer burgers alongside steak frites, duck confit, and moules marinieres.  According to Bernard Boutboul of Gira Conseil, “There has been a 40 percent increase in (burger) sales in the last two years,” per Bloomberg, and no one is trying to get left out.

In addition to McDonald’s, other fast food companies also are drawing in consumers in France thanks to their expertise of the burger, and one is  local chain Quick; another restaurant is one we’re more familiar with: Burger King (NYSE:BKW). According to the Associated Foreign Press, Burger King returned to France at the end of last year after quitting in 1997 because of poor sales.

According to reports this week, the French now each eat on average 14 hamburgers a year, while the British eat 17. The Germans eat 12, and the Americans? We’ll leave that one up to your imagination.