Can Alzheimer’s Be Predicted By a Simple Blood Test? 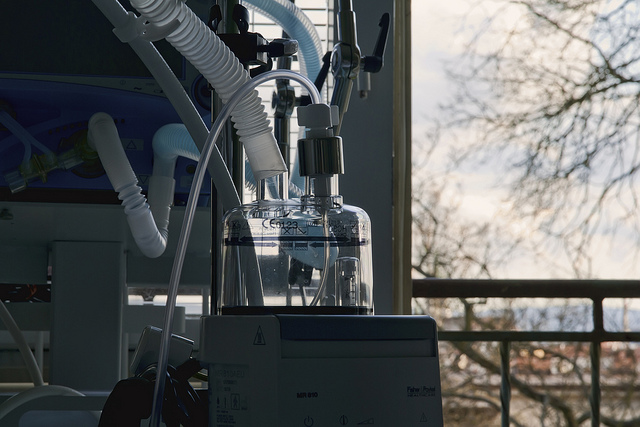 New research indicates a simple blood test may be capable of predicting if a person will develop mild cognitive impairment or Alzheimer’s two to three years before symptoms allow diagnosis. A study published in Nature Medicine has identified ten lipid metabolites in blood plasma that correctly determined which individuals would develop cognitive impairment 90 percent of the time.

Mild cognitive impairment is a described by the Alzheimer’s Association as the noticeable loss of cognitive abilities in a person but not to the point where it interferes with daily life. It is considered to increase the risk that the person will develop Alzheimer’s or another form of dementia. Alzheimer’s is the most common form of dementia. Right now, there are an estimated 35 million people in the world who have Alzheimer’s, and by 2050 it is expected that 115 million people will be affected. It is a degenerative brain disorder and currently has no cure. The researchers behind the study speculated that part of the reason Alzheimer’s may be incurable is because there is currently no way to detect the disease before it progresses.

Howard J. Federoff, MD, Ph.D., professor of neurology and executive vice president for health sciences at Georgetown University Medical Center, was an author of the report. “The preclinical state of the disease offers a window of opportunity for timely disease-modifying intervention,” Federoff stated in a press release from the Georgetown University Medical Center. “Biomarkers such as ours that define this asymptomatic period are critical for successful development and application of these therapeutics.”

The findings came from was a five-year observational study that tracked 525 people, aged 70 and older, who were in good health. Of the participants, seventy-four had either Alzheimer’s or amnestic mild cognitive impairment; forty-six began the study with one of these diagnoses, and twenty-eight were “converters” — people who developed Alzheimer’s or mild cognitive impairment during the study.

To control for other factors among participants — such as age, sex, and education — the plasma of fifty-three people who had either cognitive impairment (including eighteen who developed it during the study) was compared to fifty-three people who remained in a state of good cognitive health. The ten lipids identified during this stage were then used in analysis of the remaining participants with an impairment and twenty corresponding control matches that validated the findings.

Based on this, the researchers found ten lipids capable of accurately identifying those who would develop a cognitive impairment two to three years later 90 percent of the time. The researchers noted that there had been no published findings prior to this about blood-based biomarkers for pre-clinical Alzheimer’s. Methods for pre-clinical detection — like brain amyloid imaging or spinal fluid testing — are invasive and costly. Should the results of the study be applicable to the public at large, testing for Alzheimer’s could become cost-effective and accessible.

“These findings are potentially very exciting,” Simon Lovestone, a neuroscientist at the University of Oxford, told Nature Medicine. However, Lovestone says larger independent studies need to be conducted to validate the small sample size this study worked with.

“We consider our results a major step toward the commercialization of a preclinical disease biomarker test that could be useful for large-scale screening to identify at-risk individuals,” Federoff said. “We’re designing a clinical trial where we’ll use this panel to identify people at high risk for Alzheimer’s to test a therapeutic agent that might delay or prevent the emergence of the disease.”