Can Cinnamon Save Your Brain From Deteriorating? 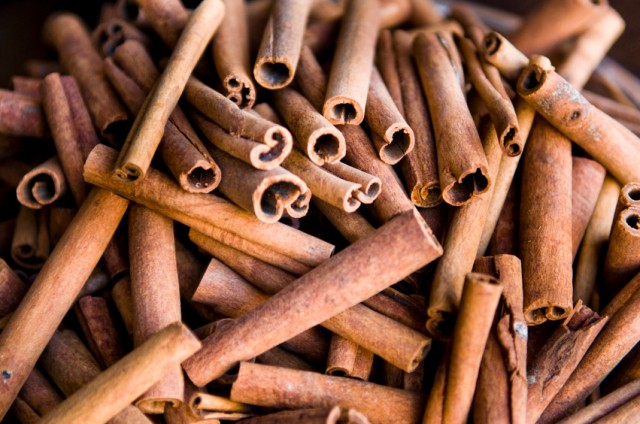 Cinnamon is a popular spice, and now it is being reported that it can play a significant role in battling Parkinson’s disease. According to a new study from Rush University Medical Center in Chicago, the spice has a chemical which can protect the brain from the degenerative brain disorder.

“Cinnamon has been used widely as a spice throughout the world for centuries,” said lead researcher and Floyd A. Davis professor of neurology at Rush, Kalipada Pahan, PhD, in a statement. “This could potentially be one of the safest approaches to halt disease progression in Parkinson’s patients.”

How does cinnamon protect the brain? A chemical compound that is used for treating neural disorders is sodium benzoate and when processing spice, the human liver turns the cinnamon into the compound. In the study, which was recently published in the June 20 issue of the Journal of Neuroimmune Pharmacology, the team of researchers studied mice to find that sodium benzoate enters the brain and prevents it from degenerating.

“Cinnamon is metabolized in the liver to sodium benzoate, which is an FDA-approved drug used in the treatment for hepatic metabolic defects associated with hyperammonemia,” explains Pahan. “It is also widely used as a food preservative due to its microbiocidal effect.”

And if you think all cinnamon is created equal, think again. Professor Pahan, who recommends the next step be to test cinnamon on patients suffering from Parkinson’s, reveals that Ceylon cinnamon (Cinnamonum verum) is better since it is more pure.

“Although both types of cinnamon are metabolized into sodium benzoate, by mass spectrometric analysis, we have seen that Ceylon cinnamon is much more pure than Chinese cinnamon as the latter contains coumarin, a hepatotoxic molecule,” said Pahan.

Parkinson’s disease is a disorder of the brain that leads to shaking (tremors) and difficulty with walking, movement, and coordination. It is a disorder that affects a small area of cells in the brain — in the substantia nigra, to be precise — that progresses slowly. Over time, the cells degenerate and results in decreased levels of dopamine, a chemical neurotransmitter, which is generally the first signs of the disease. A reduction in dopamine leads to other symptoms of the condition, including: tremors on one side of the body, stiffness of limps, balance problems, and slow movement.

The cause of the condition — current estimates suggest that one in six patients are diagnosed before the age of 50 — is still unknown to scientists, but medical professionals believe both environment and genetics play a role in the onset of Parkinson’s disease.

“Understanding how the disease works is important to developing effective drugs that protect the brain and stop the progression of PD,” said Pahan.  “It is known that some important proteins like Parkin and DJ-1 decrease in the brain of PD patients.”

According to NIH Senior Health, 60,000 Americans are diagnosed with Parkinson’s disease each year. Both men and women are at risk of acquiring the disorder, but studies have found that men are 50 percent more likely to get Parkinson’s disease than women. First described in 1817 by James Parkinson, the prevalence of the condition is said to increase as people age.

“Now we need to translate this finding to the clinic and test ground cinnamon in patients with PD. If these results are replicated in PD patients, it would be a remarkable advance in the treatment of this devastating neurodegenerative disease,” said Dr. Pahan.