Cheeseburgers Are Hurting Much More Than Your Waistline 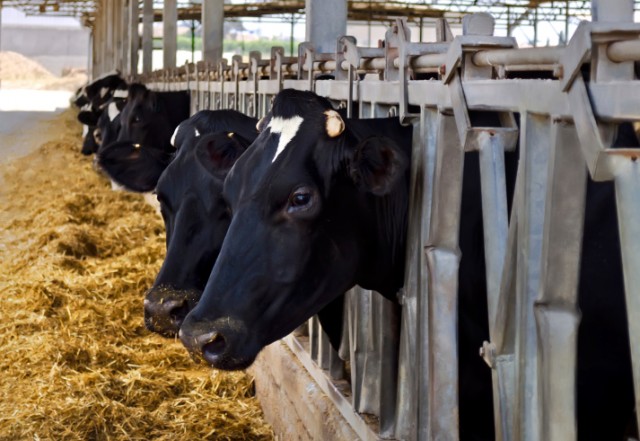 The concept of “climate change” is not a new one. For years, we’ve been warned of the adverse impact that widespread pollution and industrial practices can have on the environment. But what about the environmental impact of what goes into our diets?

A recent study by the Proceedings of the National Academy of Sciences demonstrated that livestock production is one of the most significant driving forces behind climate change in the modern world. Livestock production has been shown to worsen air quality, pollute waterways, and is currently the world’s single largest use of land, reports The Guardian.

“Livestock farming,” as defined in the Encyclopedia Britannica, is the “raising of animals for use or for pleasure” — typically for the purpose of producing meat and dairy for human consumption. This practice, writes The Guardian, is responsible for the production of more greenhouse gases (methane and nitrous oxide) than all of the carbon dioxide emitted by cars, trains, boats, and planes combined.

In 2012, approximately 70 billion animals were raised as livestock for 7.1 billion people. According to Forbes, the human population is projected to grow by 35 percent between 2006 and 2050. The livestock population is expected to double in that same time period.

Since livestock production is dictated by the dietary trends of the general population, researchers fear that as the human population increases, so too will production of meat and dairy products. A surge in livestock production would trigger a proportionate rise in greenhouse gas emissions, posing what some scientists believe could be a significant threat to our environment.

According to research at Chalmers University of Technology, Sweden, agricultural emissions will continue to increase as meat and dairy consumption rises among humans. If measures are not taken to combat these emissions, nitrous oxide and methane levels resulting from livestock production may double by 2070.

In light of this study, many researchers are recommending a reduction in meat and dairy consumption worldwide in an effort to preserve the environment. These experts believe that a widespread reduction in meat intake will lower demand, which will in turn lower rates of livestock production, thus tempering the harmful climactic effects of such practices.

“We have shown that reducing meat and dairy consumption is key to bringing agricultural climate pollution down to safe levels,” says Fredrik Hedenus, a researcher at Chalmers University of Technology, Sweden. “Broad dietary change can take a long time. We should already be thinking about how we can make our food more climate friendly.”

Downgrading our meat intake would not only be environmentally beneficial, writes Forbes — but would also serve us well in the pecuniary sense. A societal shift toward meat alternatives over meat and dairy products would alleviate the global water crisis. Additionally, meat alternatives are more labor-intensive, meaning that a focus on this industry would create both more jobs and more skilled jobs. Livestock workers could easily be retrained for careers in the meat alternative industry.

While scientists backing these changes remain hopeful for the future, they acknowledge that such a widespread and fundamental shift in diet will not be easy, nor will it be quick. Case in point: in 2012, NPR reported that the average American eats 270.7 pounds of meat per year. Still, researchers are optimistic that getting the word out on these advantages will help the population at large make the best choice for themselves — and for the planet.