Choose Kale Over Cake: Study Finds We Can Learn to Crave Healthy Foods 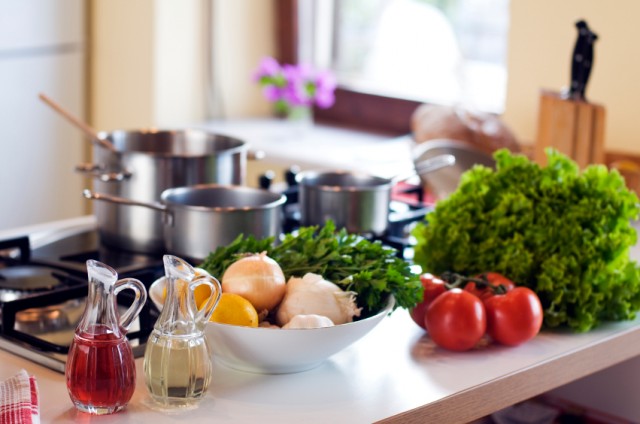 If you struggle with eating healthy foods, then odds are, you somehow just don’t crave them. But according to researchers from the Jean Mayer U.S. Department of Agriculture Human Nutrition Research Center on Aging (USDA HNRCA) at Tufts University and Massachusetts General Hospital, there just might be a way to train your brain to prefer healthy, low-calorie foods over unhealthy, high-calorie options.

“We don’t start out in life loving French fries and hating, for example, whole wheat pasta,” said senior and co-corresponding author Susan B. Roberts, director of the Energy Metabolism Laboratory at USDA HNRCA and a professor at the Friedman School of Nutrition Science and Policy at Tufts University, as well as an adjunct professor of psychiatry at Tufts University School of Medicine, in a university release. “This conditioning happens over time in response to eating — repeatedly! — what is out there in the toxic food environment.”

Previously, researchers at the Scripps Research Institute in Jupiter, Florida, discovered that high-fat, high-calorie foods foods are addictive and affect the brain the way drugs like cocaine and heroin do. The study, published in the journal Nature Neuroscience, studied three groups of rats: One group was fed regular rat food, a second group was allowed to eat high-calorie foods (e.g., bacon, sausage, cheesecake, and frosting) for an hour a day, and a third group was allowed to eat unhealthy foods for up to 23 hours a day. As the rats who ate high-caloric foods changed in body size, they also changed in their brains. The researchers found the rats to have a high tolerance to food pleasure and that the rats ate compulsively.

The recent six-month brain scan study, published in the journal Nutrition & Diabetes, looked at both male and female subjects to find that the addiction to unhealthy food is reversible. Roberts and her colleagues took 13 overweight and obese subjects and used magnetic resonance imaging (MRI) brain scans at the beginning and end of the study to observe the brain’s reward center. In the subjects who took part in a weight loss program, designed by researchers at Tufts Univesity, changes were seen in the brain’s reward center. Specifically, those in the weight loss program showed increased reward to healthy food cues and decreased rewards to unhealthy food cues.

“The weight loss program is specifically designed to change how people react to different foods, and our study shows those who participated in it had an increased desire for healthier foods along with a decreased preference for unhealthy foods, the combined effects of which are probably critical for sustainable weight control,” said study co-author Sai Krupa Das, a scientist at the Energy Metabolism Laboratory at USDA HNRCA and an assistant professor at the Friedman School. “To the best of our knowledge this is the first demonstration of this important switch.”

While the findings are promising, a valid point is if the weight loss program played a role in reducing the addiction and brain’s reward system. According to the researchers, certain components of the program were important, such as behavior change education and high-fiber, low-glycemic menu plans.
“Although other studies have shown that surgical procedures like gastric bypass surgery can decrease how much people enjoy food generally, this is not very satisfactory because it takes away food enjoyment generally rather than making healthier foods more appealing,” said first author and co-corresponding author Thilo Deckersbach, a psychologist at Massachusetts General Hospital. “We show here that it is possible to shift preferences from unhealthy food to healthy food without surgery, and that MRI is an important technique for exploring the brain’s role in food cues.”

The findings of this study are encouraging, as they suggest that a poor lifestyle is not permanent, and with effort, changes can be made. But the researchers warn that their findings are preliminary.

“There is much more research to be done here, involving many more participants, long-term follow-up and investigating more areas of the brain,” said Roberts. “But we are very encouraged that, the weight loss program appears to change what foods are tempting to people.”