Choose the Right Cooking Oil Every Time With This Guide

Oils are a cook’s best friend. They impart, enhance, and carry flavors, and they help conduct heat for better cooking. But, not all oils are created equal. As a general rule for cooking oils, you want at least two — one for high heat cooking like frying, and one for dressings and finishing — but not more than you can use before they go rancid.

Extra-virgin olive oil has a grassy, fruity, or peppery taste to it and a smoking point of 320 degrees Fahrenheit. Use for: Salad dressings and drizzling as a finishing oil; can be used for low-heat sweating and sauteing.

Refined olive oil has a more neutral taste and a smoking point of 465 degrees Fahrenheit. Use for: High-heat sauteing and pan-frying.

The hip new kid on the block, but the jury is still out on the health claims kicking around. WebMD says that because it’s a vegetable-sourced saturated fat, it’s better than butter but worse than liquid vegetable oil. But if that New York Times-cited study mentioned earlier is right, the difference may not matter.

Coconut oil is being used as a vegan replacement for butter and in everything from stir-fries to granola to vegan cakes to magic chocolate shell ice cream topping.

Unrefined coconut oil tends to have a noticeable coconut flavor and a smoking point of 350 degrees Fahrenheit, which is the same as butter. Use for: Baking, sweating.

Refined coconut oil has a smoke point of 400 degrees Fahrenheit and a subtler, though still slightly sweet flavor. Use for: Higher heat cooking like sautéing, but not high-heat deep frying. 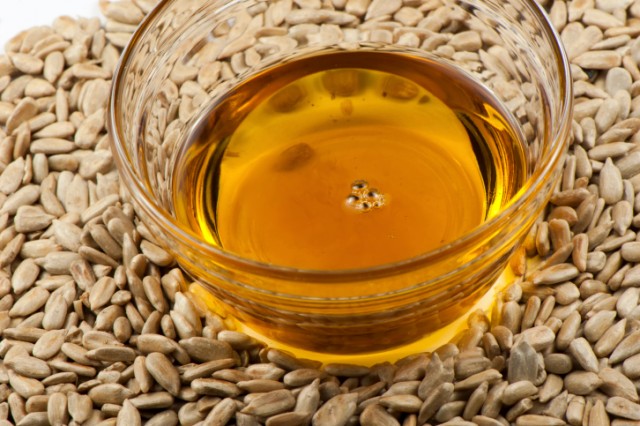 Vegetable oil, commonly seen in supermarket aisles, technically refers to any plant-based oil, but is usually made of any combination of canola, sunflower, safflower, or soybean oil. All are neutral oils and fairly all-purpose, but they do have different characteristics as singular oils. Use for: Deep frying, sautéing, sweating, dressings, dipping, and baking.

Sunflower oil is made from the seeds of sunflowers. It has a smoking point of 450 degrees Fahrenheit.

Safflowers are branching plants with orange flowers that look like the cross between a thistle and a marigold. Safflower oil has one of the highest smoke points around, clocking in at 510 degrees fahrenheit.

Soybean oil is the most commonly found oil in commercial vegetable oil, with NPR reporting that as of 2007, nearly 80% of all the oil used in the U.S. comes from soybeans. However, because of its short shelf-life, up until the government cracked down on trans fats, the most common treatment for soybean oil was hydrogenation (which creates harmful trans fats). The smoking point of this oil is 460 degrees Fahrenheit.

Food52 touts this oil as being a great choice for the health-conscious, with many of the benefits of olive oil, as well as being one of the best for all-purpose cooking. The only cooking oil with a smoking point above safflower oil when refined, avocado oil is gaining popularity but is still fairly expensive. The smoking point of refined avocado oil is 520 degrees Fahrenheit, whereas virgin avocado oil smokes at 375 degrees Fahrenheit and should be stored in the fridge to keep from going rancid. It’s great for searing, possibly impractical for frying despite its high smoking point because of its price, dipping, low-heat cooking, and dressings. If you don’t mind a slight avocado flavor in your baked goods, it can also be used for things like brownies.

Use for: Searing, frying (if you’re willing to shell out the cash!), sautéing, sweating, dressings, dipping, finishing. 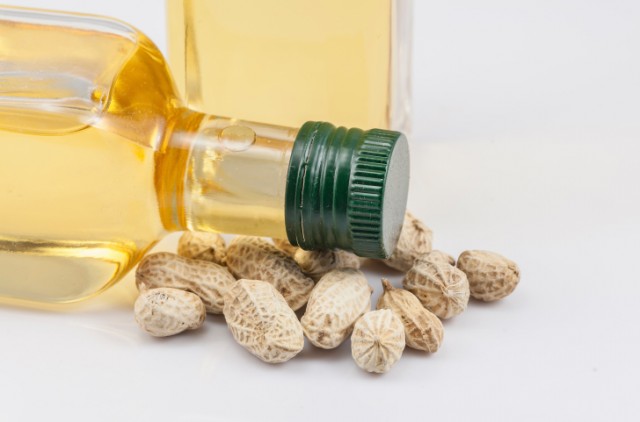 Peanut oil is one of the most commonly used oils for frying, not only because of its neutral taste and smoking point of 450 degrees Fahrenheit, but because it doesn’t absorb the flavors of the food it’s cooking. This means that if you’re frying cannoli shells, they’re much less likely to taste like the clams you fried earlier. Unrefined peanut oil can give great flavor to dishes, and refined peanut oil is great in any cooking context. 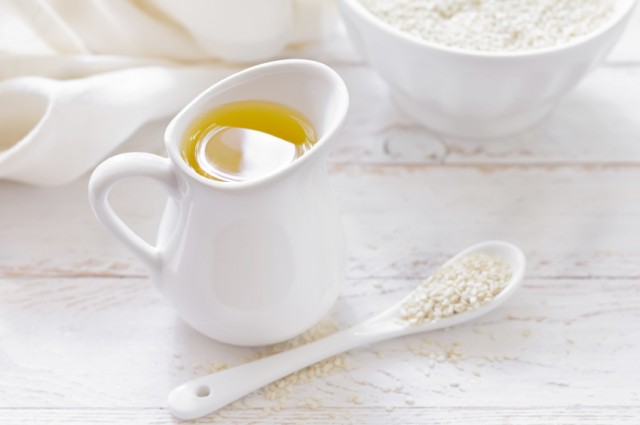 Though refined sesame oil has a smoking point of 450 degrees Fahrenheit, it will still taste like sesame. SF Gate writes that an ounce — two tablespoons — of sesame oil contains 75% of your daily vitamin E. Light and refined sesame oil are great for low-heat cooking, while a deeply flavorful toasted sesame oil is best used sparingly as a finishing oil.

Use for: Sweating, dressing, dipping, finishing. 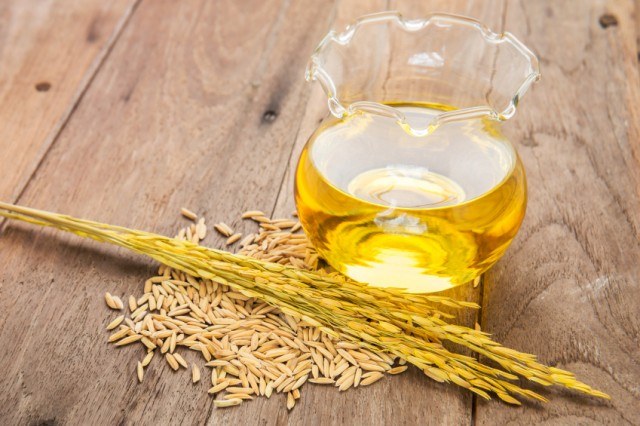 Quickly becoming a culinary favorite, this oil won Cook’s Illustrated’s taste test for high-heat cooking. According to their panel of tasters, meat cooked in rice bran oil seemed noticeably less oily and lighter than that cooked in canola oil, and it was also superior in a vinaigrette trial. The smoking point of rice bran oil is 490 degrees Fahrenheit, making it more versatile than other neutral oils like canola, though it is about twice as expensive (but Cook’s Illustrated claims it’s worth it).

When storing oil, a good heuristic is that if it packs a lot of flavor, it should be kept in the fridge; if it’s more neutral, keep it in a cupboard. Never keep oils anywhere warm, like above the stove, as this can speed up spoiling.

Virgin: A virgin oil is one that has not been refined through heat or chemical processing. Because they have not been heat treated, many chemical compounds like minerals, enzymes, and other compounds like antioxidants remain unchanged and available in the oil. These oils tend to be more flavorful and better used for lower-heat applications.

Refined: Refined oils are physically treated (through heat and centrifuges, for example) and/or chemically treated (with sodium hydroxide or bleached earth, according to the American Oil Chemists Society) to remove impurities from a virgin oil. Impurities in the oil can cause it to become rancid more quickly. Refining an oil also lightens the flavor of the oil and raises the smoke point. These oils tend to be neutral in flavor and better suited to high-heat cooking.

Smoke point: Literally the temperature at which the oil begins to smoke. Once an oil has begun to smoke, it starts to degrade and, according to Serious Eats, begins to produce harmful free radicals and acrid flavors.