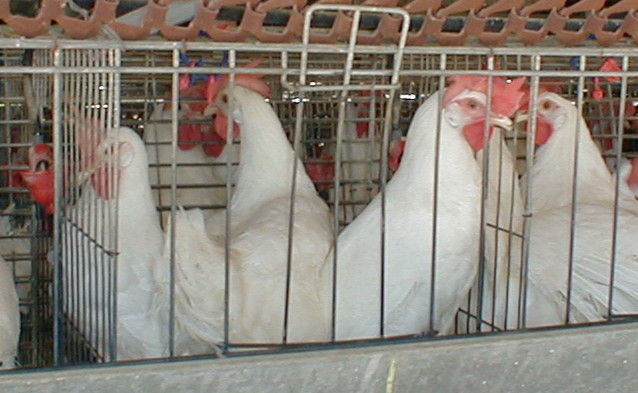 Grocery stores are deceptive: shelves and aisles are lined with products bearing a plurality of names embossed on the packaging. It gives the appearance of thriving competition, but when a person climbs the ownership ladder, well-known brand names sit at the top. Phil Howard, a professor at Michigan State University, has created an increasingly complex, intertwined map to show the declining levels of competition in the food industry. General Mills, for example, owns Larabar, Cascadian Farms and Muir Glen, Immaculate Baking, and Food Should Taste Good — they’re all organic brands, and all were acquired by one of the largest food processors in the United States.

Processed and organic foods are not the only sectors that are contracting. Meat is, too. This is the subject of Christopher Leonard’s book, The Meat Racket. Leonard focuses specifically on Tyson, a company that occasionally puts its logo directly on grocery store products but is a massive chicken supplier, whether consumers realize it or not.

Don Tyson understood that chicken was going to transition from a “luxury” item reserved for speciality occasions, Leonard explained in an interview with NPR. The chicken market was volatile in the mid-1900s, but the Tysons sought stabilization by keeping costs down. Over time, Tyson created its contract farming system: farmers are supplied with chickens and feed after borrowing hundreds of thousands or millions from their local banks to build industrial chicken farms. On those farms, they must grow the Tyson-provided chickens to Tyson’s standards.

Food Inc. places the average investment for a chicken farmer at $500,000. For most, their annual income is $18,000. According to the United States Department of Agriculture, feed accounts for 27 percent of a poultry farmer’s expenses. Signing a deal with Tyson or another company using this scheme can alleviate the cost of feed, but the system of “tournament” payment often used in the chicken industry creates new headaches for farmers.

Charles R. Knoeber explained in the Journal of Law, Economics & Organization that the farmers are paid per pound produced. They are also evaluated based on how other farmers are preforming and compensated according to their relative ranking — the “tournament” aspect. This contract/tournament method began after World War II and quickly engulfed the industry.

Craig Watts, a chicken farmer, told NPR that tournaments can entice farmers with the possibility of high profits. Speaking specifically about Sanderson Farms, Watts illustrated his point with a brochure promising $60,000 in profits. That pledge doesn’t include hidden expenses, and because the figure quoted is the average, real incomes fluctuate below and above $60,000. For those on the lower end of the scale, this is problematic. The loans taken out to start a chicken farm are secured against the land. “We’ve got ties to the land, and they exploit that, because we’re going to do whatever it takes not to lose our farm,” Watts said to the public radio station.

Pew investigated the chicken farming system in its report, “The Business of Broilers.” Again, farmers spoke of the perpetual cycle they enter into with loans and farming. “Once you’re in the business, you’re in for life,” one Texas grower is quoted as saying. “You never get out. If I said more, I’d be cutting my own throat.”

How chickens are raised is not the only way the industry differs from its pre-WWII version. As chicken consumption increased in America, the chickens being consumed changed. In 1925, a 2.5-pound chicken took 117 days to reach the market. For every one pound of chicken, 4.7 pounds of feed were required. By 2010, chickens reached the market in 47 days, weighed 5.7 pounds, and ate 1.9 pounds of feed for every chicken pound.

Such alterations required different breeding practices, and growers turned to antibiotics to overcome obstacles. However, this aspect looks ready to undergo another change. Americans are increasingly demanding antibiotic-free meat. Perdue and Tyson both have antibiotic-free options. In a statement, Perdue said that with its ”Coleman Natural Foods and the HARVESTLAND(R) brand, we produce organic, free-range and barn-raised chickens, turkey and pork without the use of any antibiotics — ever.” Even fast food is changing its practices. On February 11, Chick-fil-A announced a plan to serve only antibiotic-free chicken within five years.

“Since our family business began 67 years ago, we have focused on our customers. It’s why we insist upon using the highest quality ingredients,” Dan Cathy, president and chief executive officer of Chick-fil-A, said in the press release. “We want to continue that heritage, and offering antibiotic-free chicken is the next step.”

Consumer demand is driving the antibiotic-free movement by large companies. Leonard wants to see competition return to the chicken industry. He told NPR that rather than having corporations run the competition — like what happens now — the market will resume its role. If his book is able to tap into the consumer power that called for antibiotic-free chicken, Leonard and other Americans may see changes in this aspect of chicken growing.